SEMA never fails to bring the wild, the crazy and the unique, and this year was no different. One build that immediately caught our eye was this custom Chevrolet flatbed, which initially had us scratching our heads as to what the hell it actually is.

Well, here’s the skinny – it’s a 1968 Chevrolet C50 Crew Cab called the Nighttrain, and it was built by Travis Pruis from CTP Concepts. 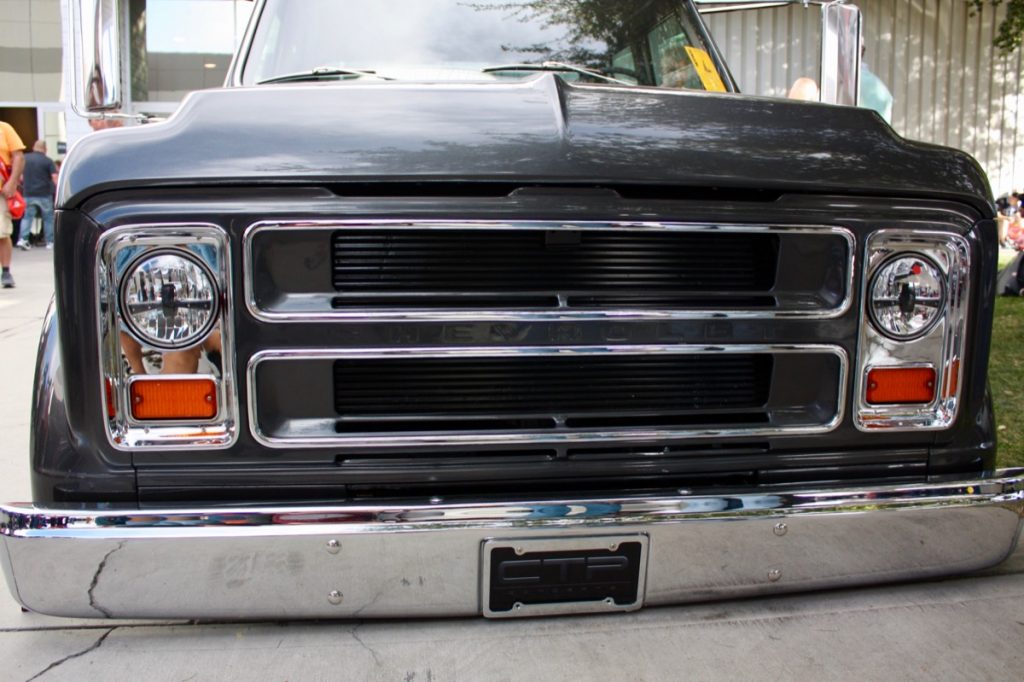 “But wait,” some of our more eagle-eyed readers might be saying, “the first Chevrolet Crew Cab dually didn’t arrive until 1973!”

Well, dear readers, that’s correct. But as is often the case at SEMA, there’s far more to this Chevrolet flatbed than meets the eye. 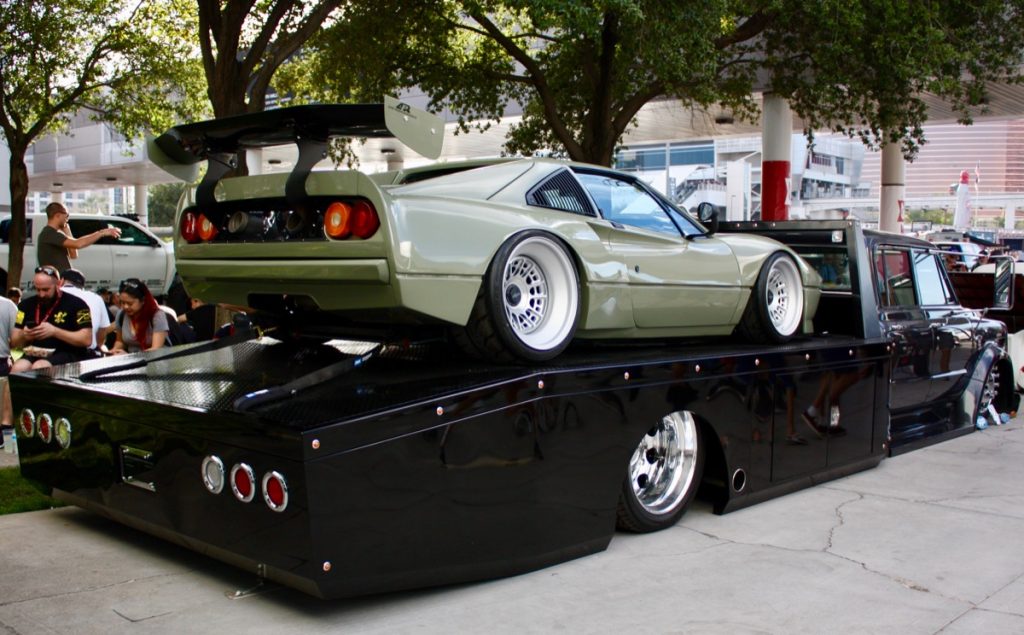 The build started as a three-door 1970 Chevrolet Suburban, which Pruis then chopped into a four-door Crew Cab by adding a custom-built fourth door from scratch.

From there, CTP Concepts added a 1968 C50 front fascia to give it just the right look for a hauler, bookending it with a 17-foot car bed in back. The custom Chevrolet flatbed also sports custom running boards, and lays flat on the ground thanks to a full AccuAir suspension system. Those shiny rollers in the corners are 22-inch, 10-lug semi wheels. 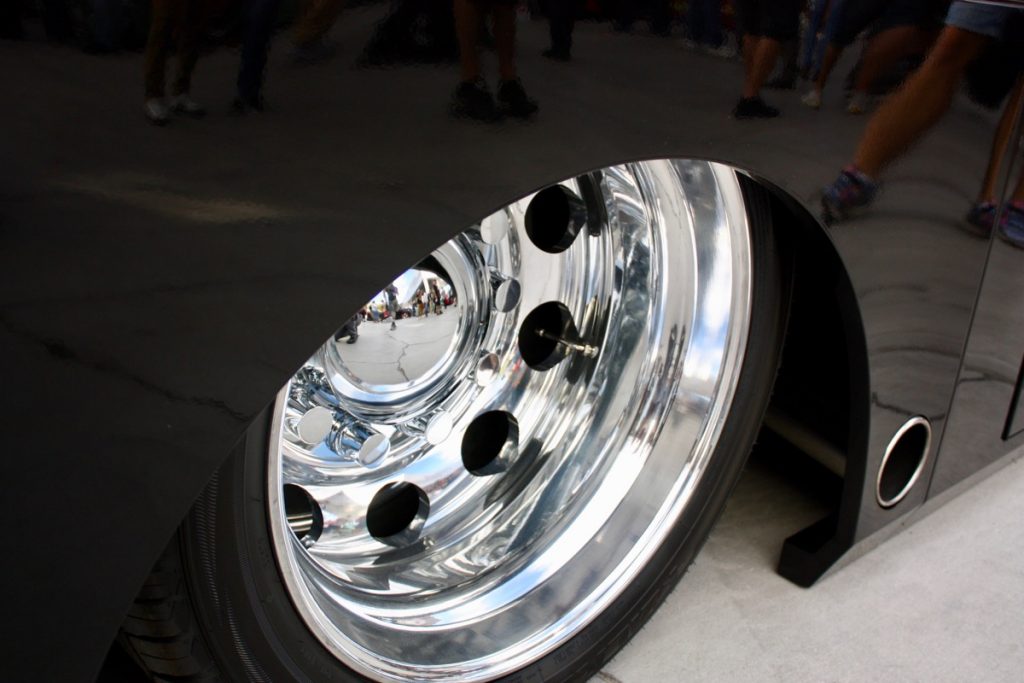 And don’t think for a second this thing is just some non-functional concept. It runs and works exactly as intended, with a Duramax diesel engine up front to give it the torque needed to actually, you know, haul. In fact, CTP Concepts drove this thing from SEMA to Southern California after the show ended. 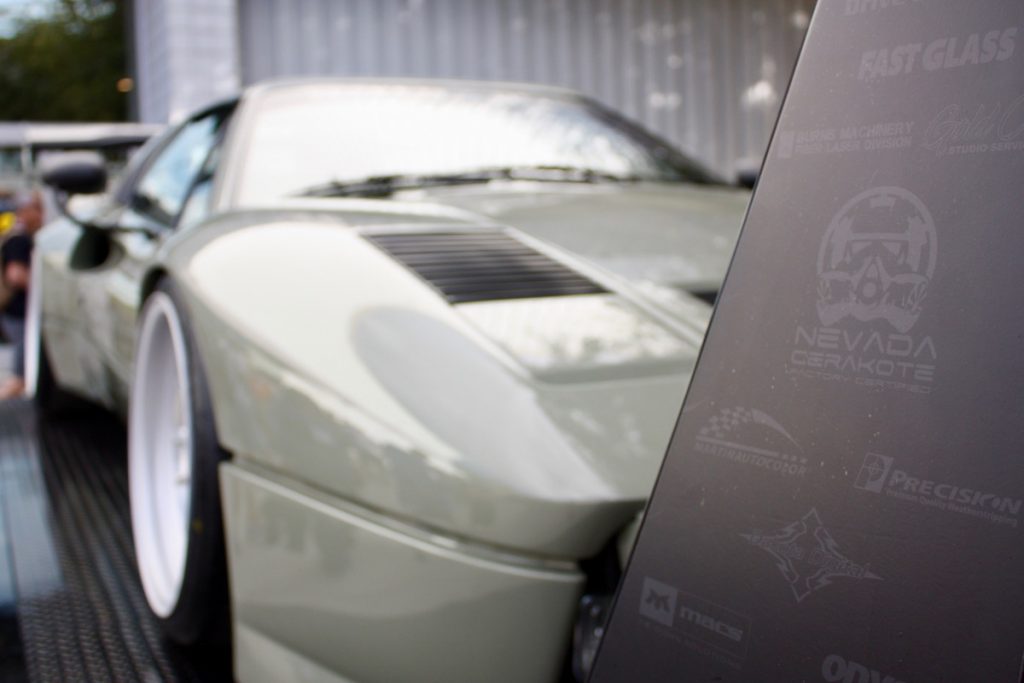 As for the Italian sports car in back, that’s a custom Ferrari 328, which looks perfectly placed strapped into the sizable custom Chevrolet flatbed.

Grabbing eyeballs at SEMA is no easy feat, but all told, this Bowtie garnered loads of attention. Check it out in our full gallery below, and don’t forget to subscribe to GM Authority for more Chevrolet news and around-the-clock GM news coverage.