When the all-new Chevrolet Menlo EV made its debut earlier this month, General Motors only showed the exterior of its new electric crossover for the Chinese market, leaving the interior for a later reveal. Well, that moment is here, as GM is currently showing the Menlo EV for the first time to the public at the 2019 Guangzhou Auto Show, revealing its cabin. 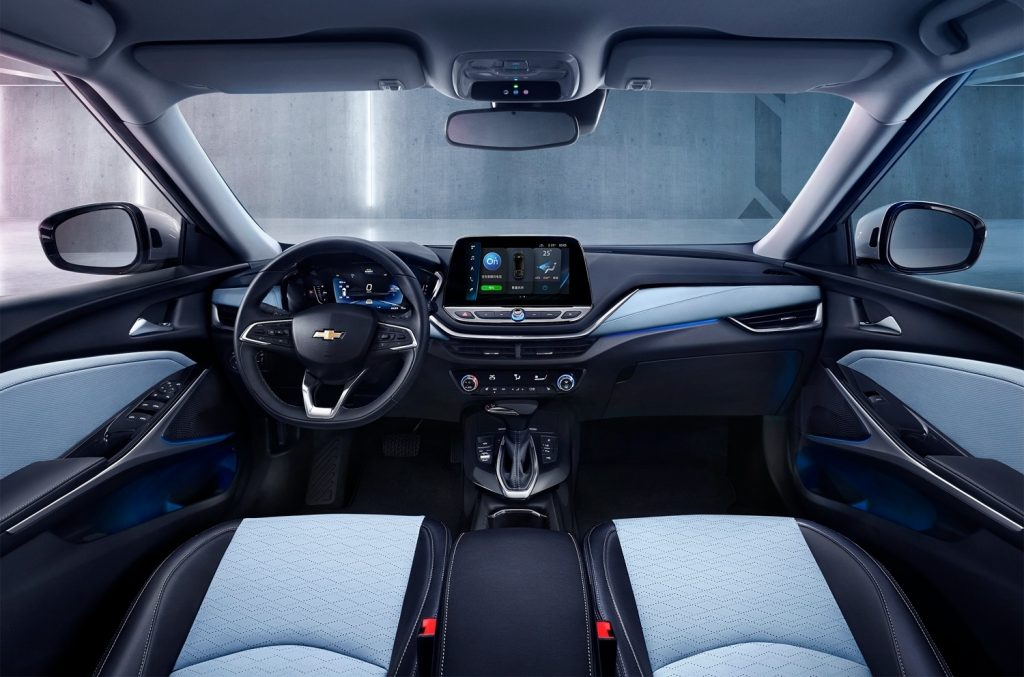 As in most current models from the Bowtie brand, the cabin of the Chevrolet Menlo EV adopts the well-known dual-cockpit design language, which uses various “layers” and two contrasting colors to adorn both the dashboard and the rest of the cabin. In addition, the new electric vehicle includes ambient lighting called “hydrogen blue” that GM says is exclusive to Chevrolet zero-emission vehicles. 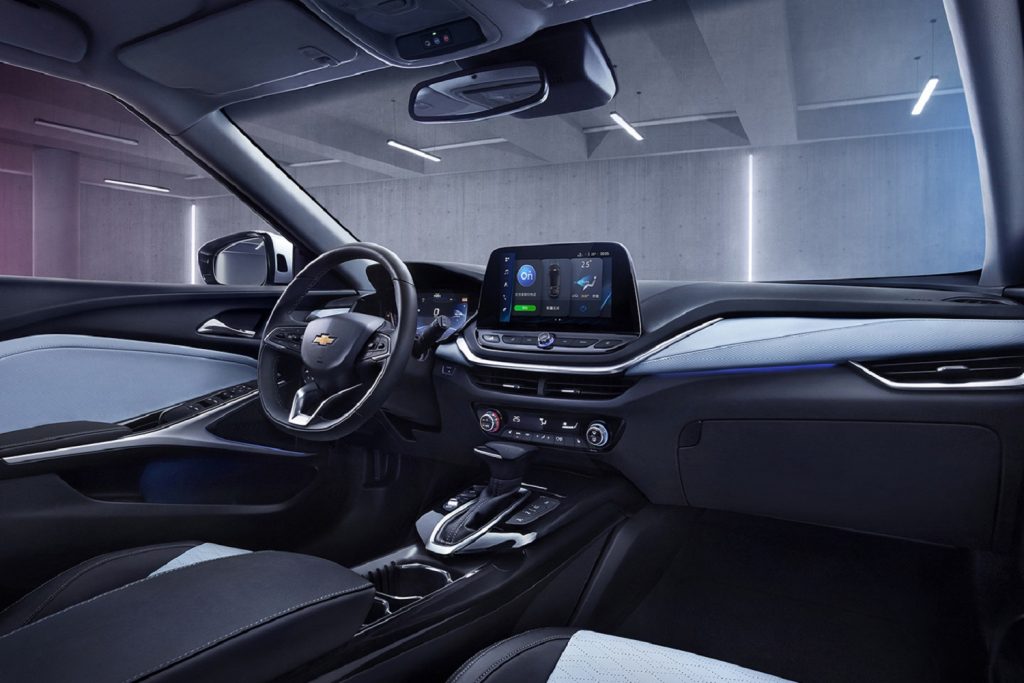 Aesthetically, the center console of the Chevrolet Menlo EV interior features an eye-catching design with multiple layers and sculptural shapes that take on a horizontal focus. The shape and layout of several elements are quite similar to those seen in the all-new Chevrolet Onix, including the steering wheel, the air vents and the floating central display. 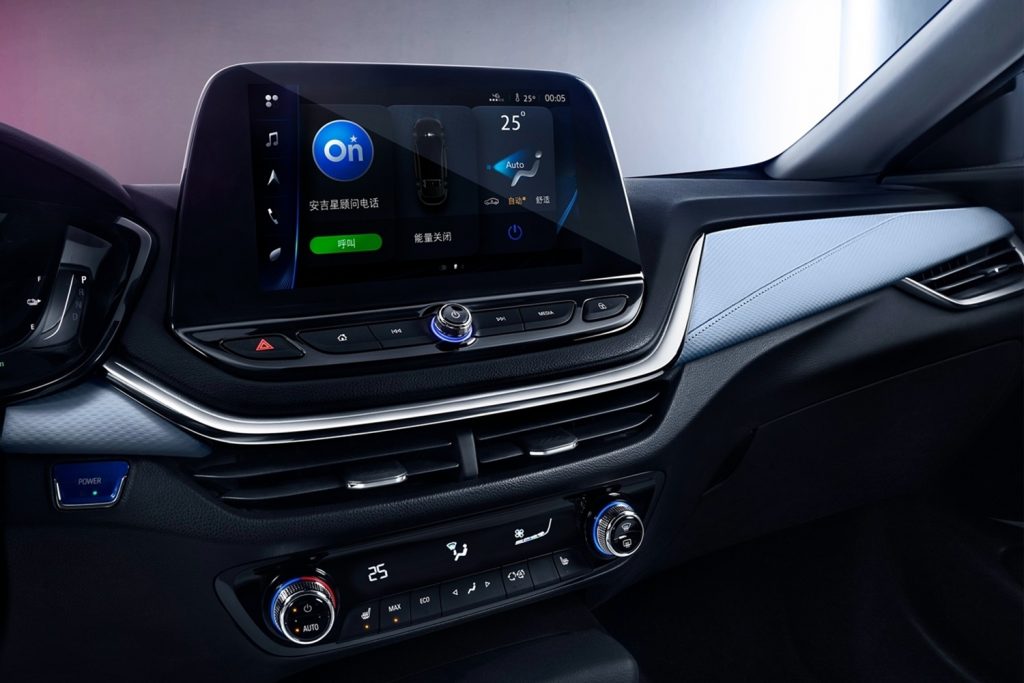 Speaking of the multimedia screen, the Chevrolet Menlo EV makes use of a 10.1-inch diagonal screen that launches a new generation of the Chevrolet infotainment system. In addition, the Menlo EV has a fully digital instrument panel using an 8-inch, high-resolution LCD screen. GM says the graphics on both panels were specially designed to offer a more convenient and intuitive driver experience. 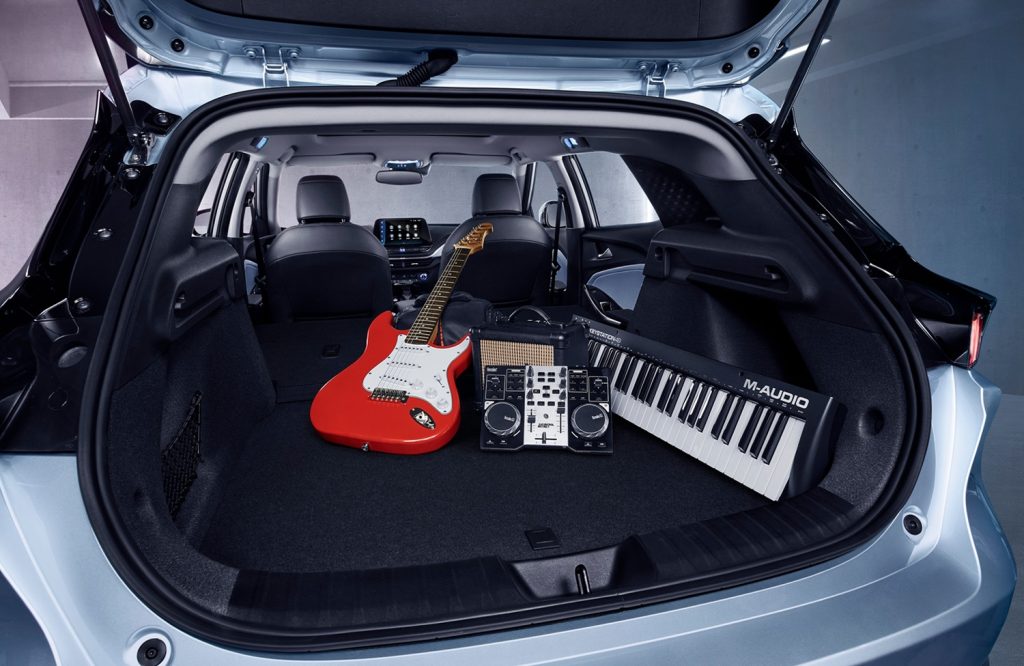 According to the automaker, the interior of the Chevrolet Menlo EV offers healthy amounts of space thanks to a highly-optimized design and a strategic placement of the battery pack. This allows enough room in each of the vehicle’s five seats, while also offering a large trunk, whose cargo volume can be expanded from 15.3 to 38.1 cubic feet of capacity by folding the second-row seats. In addition, the Menlo EV has a total of 28 intelligent storage spaces distributed throughout the cabin.

As we have previously reported, the Chevrolet Menlo EV is the brand’s first pure electric model in China – where the Bolt EV was never marketed. The vehicle, which features an innovative exterior design inspired by the 2017 Chevrolet FNR-X Concept, will go on sale in China during the first half of the 2020 calendar year. As of this writing, we are not aware of any plans by GM to market the new Menlo EV outside of China.