We can’t get enough of the Chevrolet Colorado-based Infantry Squad Vehicle, or ISV. Developed via a $1-million contract by GM Defense for the U.S. Army, the ISV is designed to drop in at a safe location away from combat, then transport a nine-soldier squad (plus their gear) to the engagement. Now, we’re finding some cool new details on this military-spec off-roader – namely, several helicopter hook-up points.

As evidenced by this particular example, which was shown at the 2019 SEMA Show earlier this month, there are four individual hook-up locations for sling-loading the Chevrolet Colorado-based ISV. 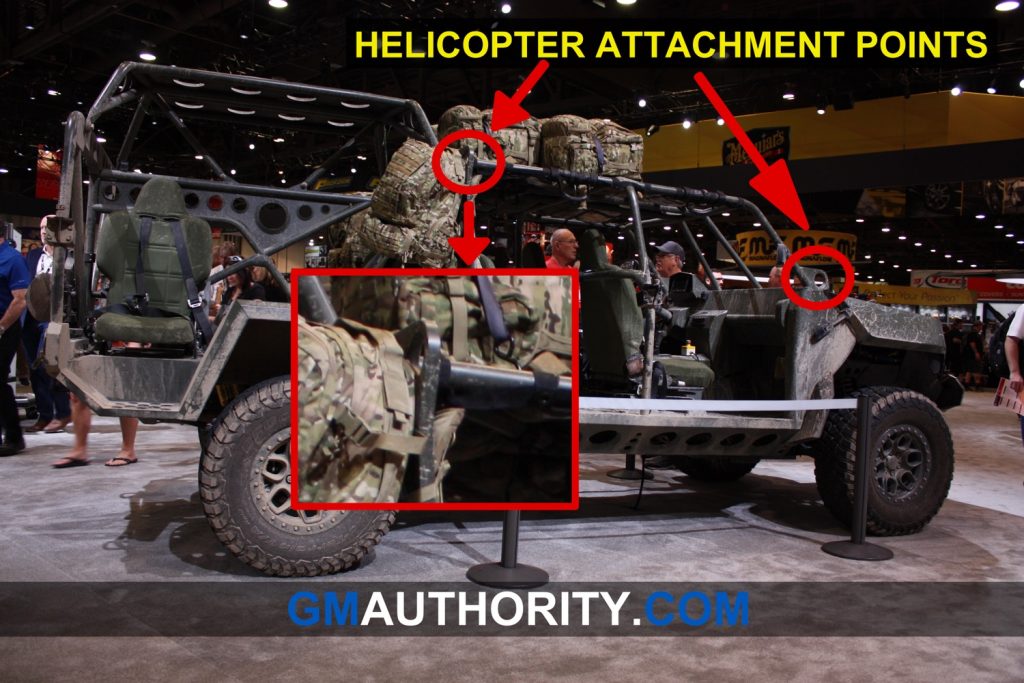 As we covered previously, the GM Defense ISV is basically a Chevrolet Colorado ZR2 Bison from the waist down. However, there are a number of important distinctions between this vehicle and the civilian-spec GM truck that can be found at dealers.

For starters, the ISV must be light enough to sling load from a UH-60 Blackhawk helicopter – hence the quartet of attachment points. What’s more, the Chevrolet Colorado-based ISV has to be compact enough to fit inside a CH-47 Chinook helicopter, while capable and versatile enough to carry up to nine soldiers and all their gear at highway speeds both on- and off-road in the most extreme of conditions. 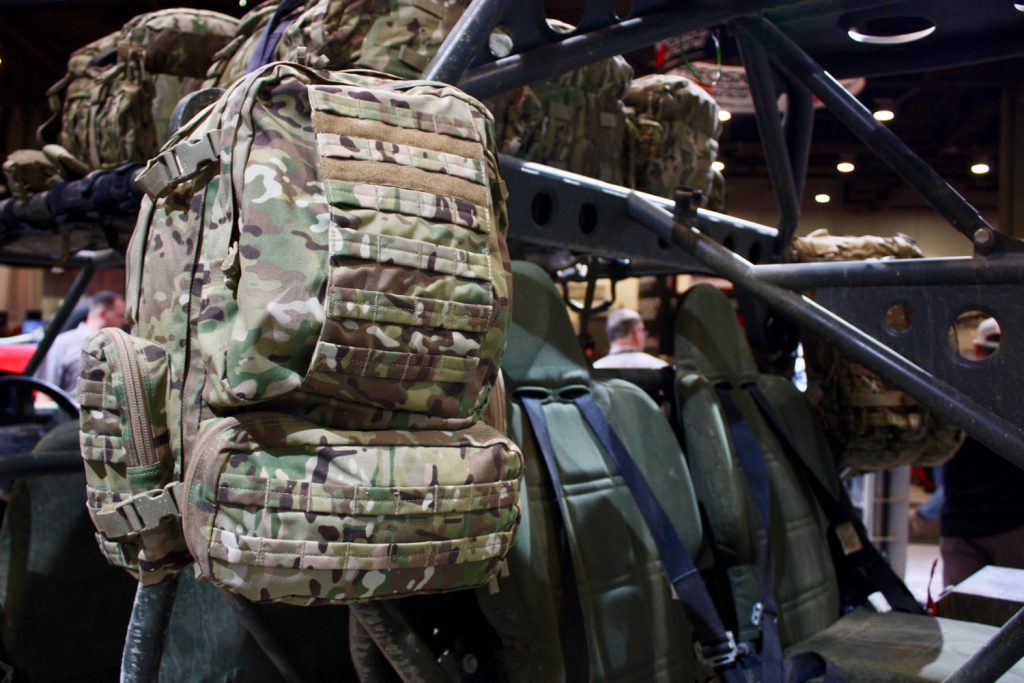 Interestingly, the Chevrolet Colorado-based ISV also needs to weigh 5,000 pounds or less to make it suitable for sling loading from a Blackhawk.

As the chief engineer at GM Defense, Performance Variants and Motorsports, Mark Dickens, told us, even one pound over this 5,000-pound limit would disqualify the ISV from consideration by the Department of Defense.

There is still a number of components that are shared between the ISV and the civvy-spec GM truck. These include long-travel Multimatic DSSV dampers, the GM Hydra-Matic 6L50 MYB six-speed automatic transmission and the 2.8L turbo-diesel LWN inline four-cylinder Duramax engine. However, there are some tuning differences between the civilian Chevrolet Colorado and GM ISV. More on that in a follow-up post later.

Stay tuned, because we have plenty more content on this fascinating vehicle heading down the pipeline. In the meantime, make sure to subscribe to GM Authority for more Chevrolet Colorado news, Chevrolet news and around-the-clock GM news coverage.