The GM ISV, the Chevrolet Colorado ZR2-based Infantry Squad Vehicle that’s currently one of three finalists for a rather substantial Army contract, has all kinds of neat features, like having four attachment points for being sling-loaded by a helicopter and sharing a more powerful Duramax diesel engine that’s also found in the Colorado. But there’s something else that the ISV has that the Colorado doesn’t – a completely digital gauge cluster. 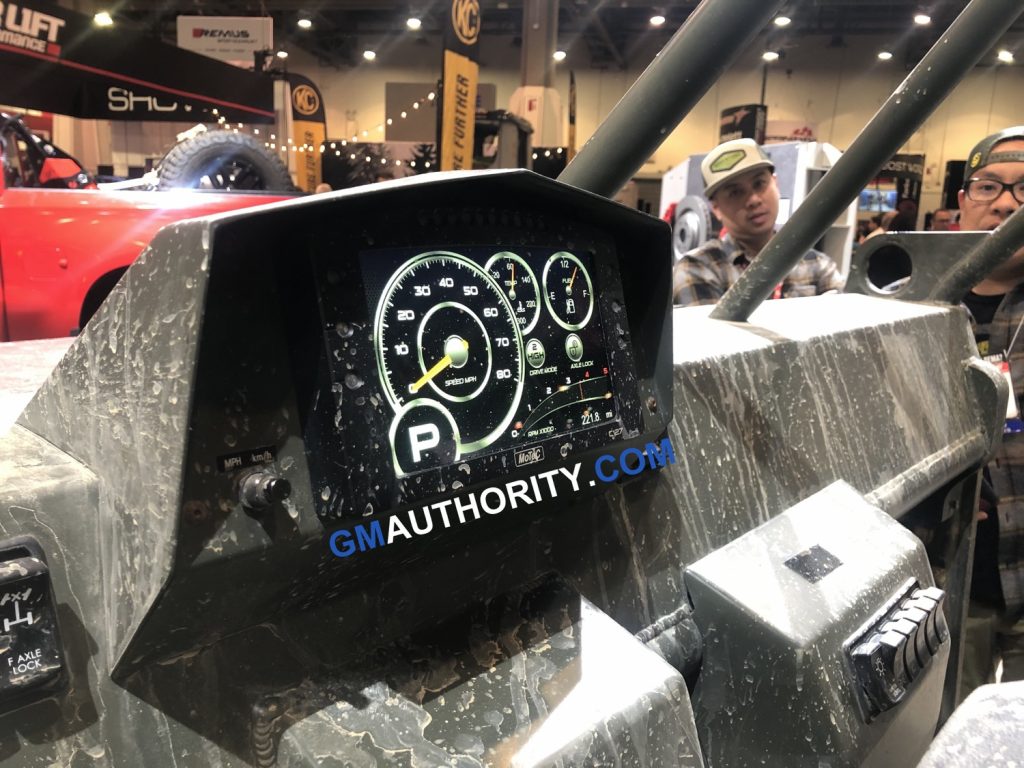 Set inside a protected enclosure, the gauge cluster in question is supplied by MoTeC – a self-described “world leader in twenty-first century motorsport technology.” The GM ISV uses the Live Gauges C127 product, which is a full-color, high-resolution (800×480) screen measuring seven inches diagonally. The ultra-bright, anti-reflective TFT LCD makes it easy to view in direct sunlight, while numerous configurable layouts are also present. The device also offers data logging to a USB drive, auxiliary controls and programmable LEDs all in one streamlined device. 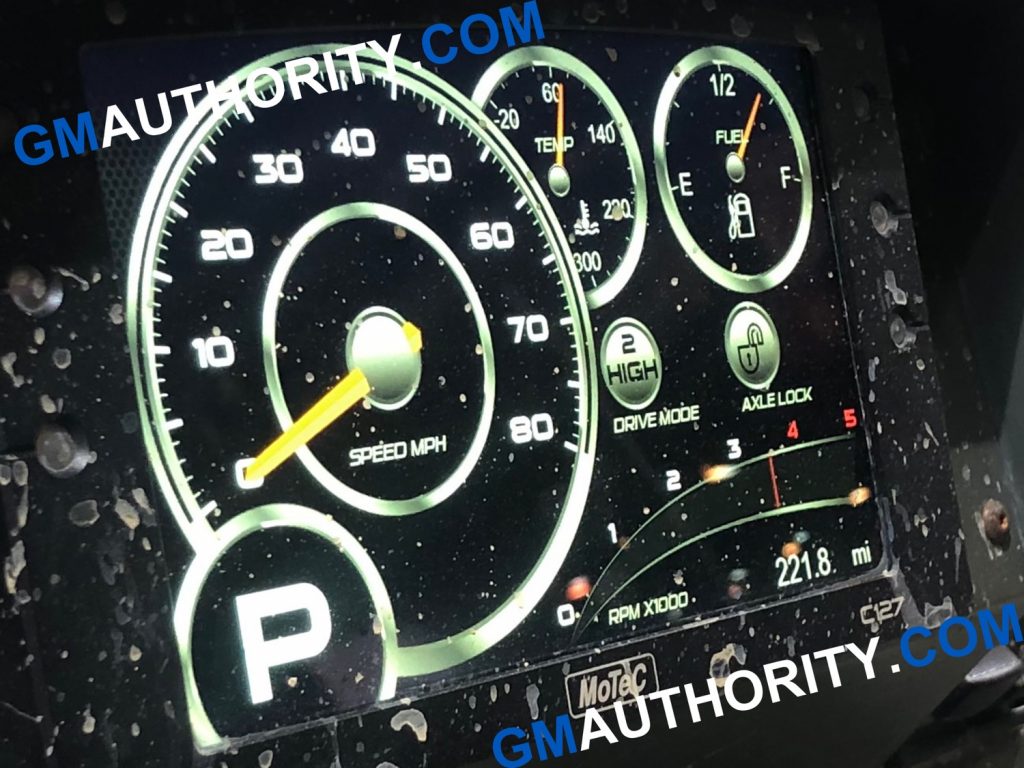 The Live Gauges C127 features the option to design a unique screen, but the unit in the Chevrolet Colorado-based ISV is fairly straightforward, featuring readouts for the selected gear, speed, engine temperature, fuel level, drive mode (2WD/4WD), axle lock status, RPM, and odometer reading. There’s also a MPH-KM/H switch to the left of the display to keep those units consistent with the part of the world in which the vehicle will be in.

As we noted previously, the GM ISV is roughly 70-percent Chevrolet Colorado ZR2, essentially being a Colorado ZR2 from the “waist down.” The truck is powered by the 2.8L Duramax LWN engine mated to the same GM six-speed automatic transmission. However, the powertrain is 20 percent more powerful in the ISV than in the production Colorado as a result of being free of power- and torque-sapping emissions equipment.

We’ll have plenty more content on the fascinating GM ISV in the coming weeks, so make sure to subscribe to GM Authority for more Chevrolet Colorado news, Chevrolet news and around-the-clock GM news coverage.