General Motors’ Infantry Squad Vehicle is one of three finalists pitting for a lucrative contract with the U.S. Department of Defense, and the Chevrolet Colorado-based vehicle was recently on display at the 2019 SEMA Show. We got the opportunity to get up close to the ISV, and among its various characteristics is the ability to transport wounded soldiers on a stretcher.

Carrying a stretcher is actually one of the numerous requirements the vehicle has to meet in order to qualify for the contract with the DoD. A maximum weight of 5,000 pounds is mandatory, as is the placement of four hook-up points so the ISV could be transported by helicopter and dropped onto the battlefield. It also has to carry up to nine soldiers at once. All these obligations were taken into consideration when creating the GM ISV, which is in fact a Chevrolet Colorado ZR2 Bison “from the waist down.” 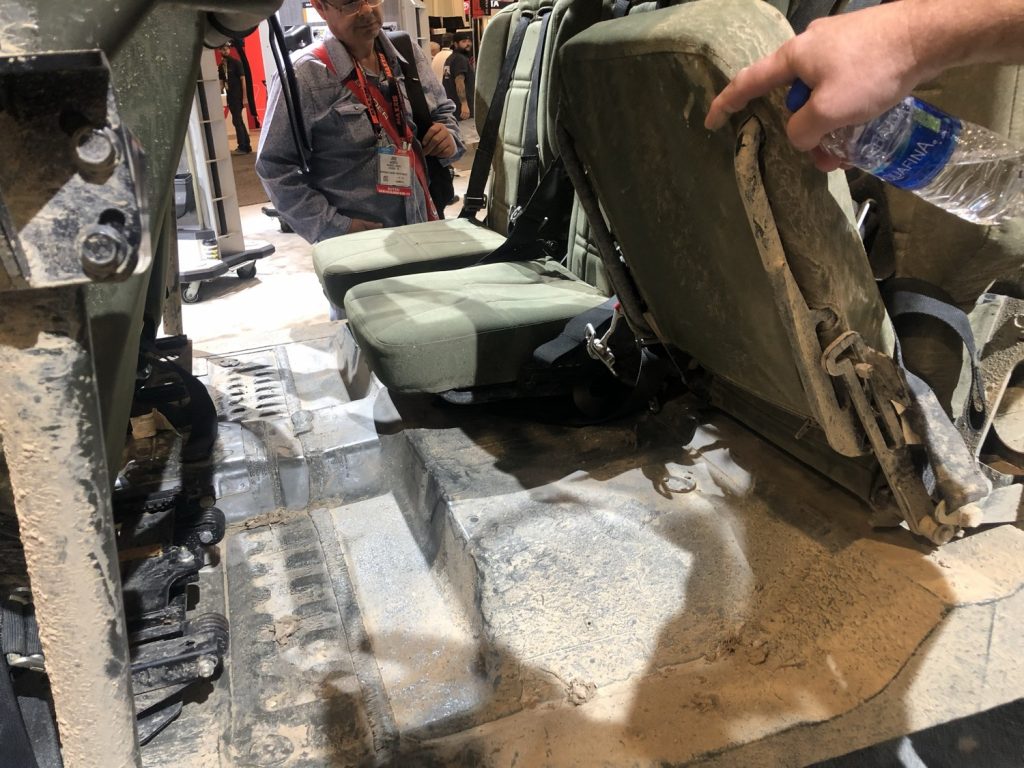 In the case of the stretcher, it can easily be placed transversely inside the vehicle, on a flat surface that’s accessible by simply lifting the three second-row seat cushions, which can be vertically locked into place. Obviously, the load floor on the ISV was designed to accommodate a standard-sized stretcher that the Army can transfer from one vehicle to the next, or onto a rescue chopper. 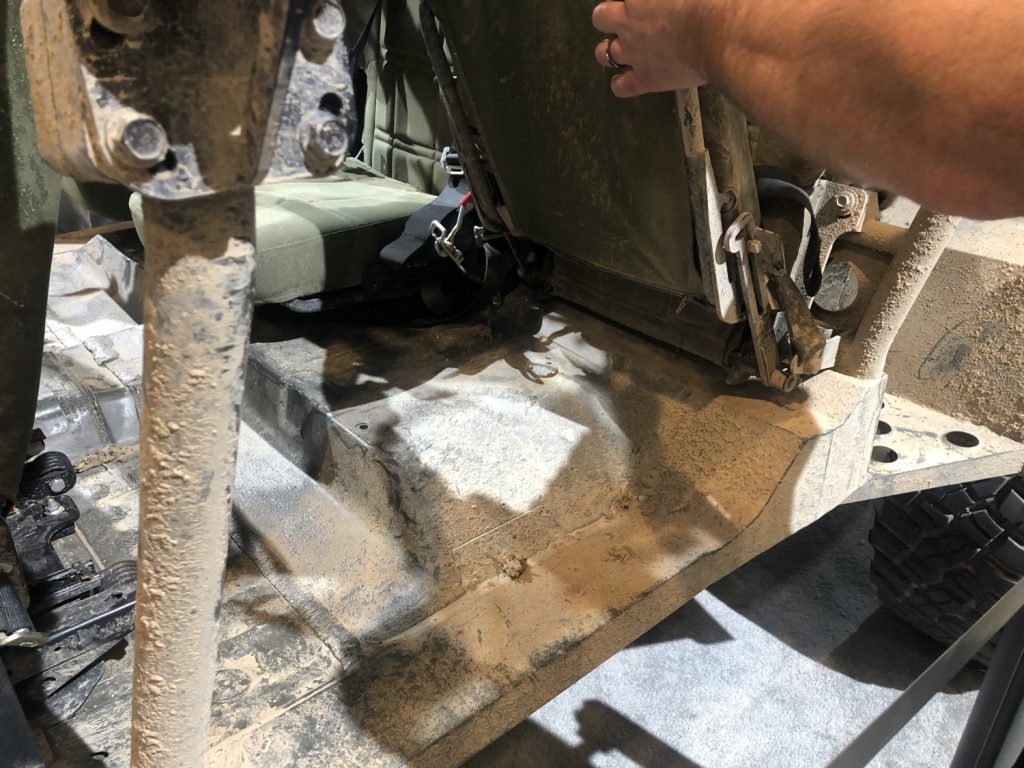 The Infantry Squad Vehicle has some other nifty features, such as a fully digital gauge cluster that exploits a seven-inch color TFT LCD screen with a resolution of 800 x 480 pixels.  The screen layout is configurable and a USB port also allows data logging on an external device.

The ISV borrows about 70% of the Colorado ZR2 Bison’s components, including the available turbo-diesel LWN 2.8-litre inline four-cylinder that’s part of GM’s Duramax engine family. Thanks to less restrictive emissions regulations for military vehicles, the ISV benefits from an output increase of about 20% compared to a stock ZR2, which means roughly 217 horsepower. It’s also connected to GM’s Hydra-Matic 6L50 MYB six-speed automatic transmission. 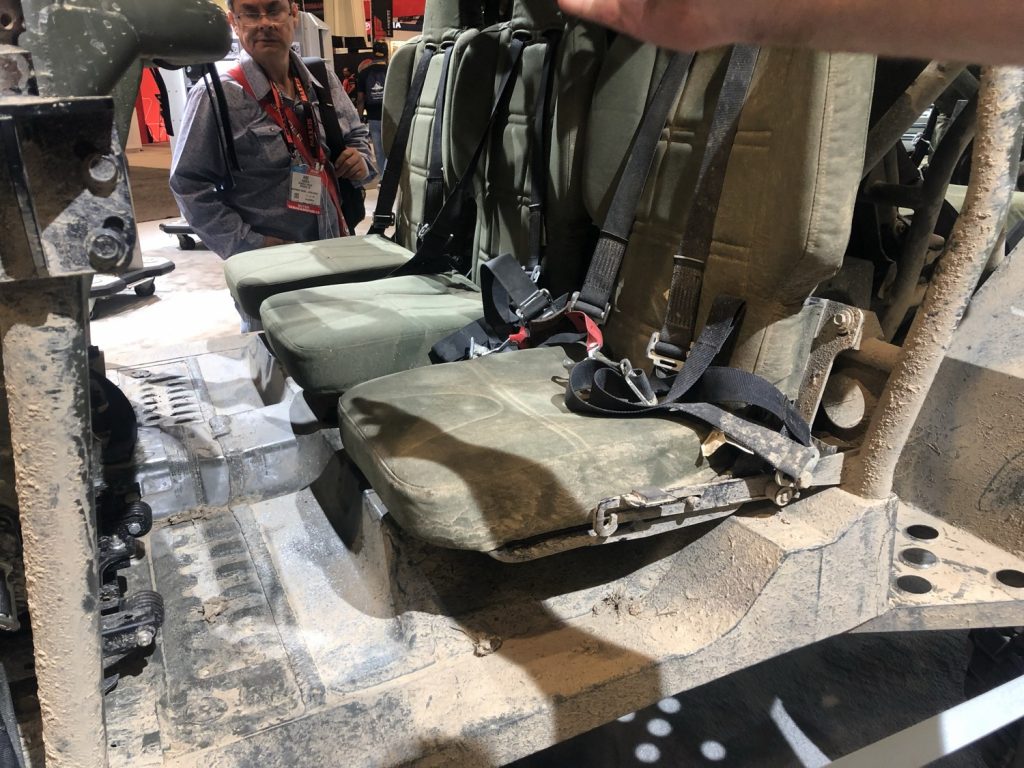 The Department of Defense will award its contract next spring, and in addition to the GM Infantry Squad Vehicle, other finalists include the Oshkosh Defense working in collaboration with Flyer Defense as well as Polaris Industries that paired up with Science Applications International. The company chosen for the contract will need to supply as many as 2,065 vehicles between 2020 and 2024.