Chevrolet debuted the Camaro LT1 Convertible Concept at SEMA 2019, which has a variety of concept options on it that may preview new production parts and accessories.

The Camaro LT1 Convertible Concept is essentially a convertible version of the Camaro LT1 released for the 2020 model year with different concept parts and accessories on it. The Camaro LT1, if you need reminding, was Chevy’s way of offering Camaro buyers the 6.2-liter LT1 V8 engine in a less expensive, less content-heavy package than the Camaro 1SS or 2SS. The Camaro LT1 is based around the LT trim level and is priced from a reasonable $34,995 in the United States. 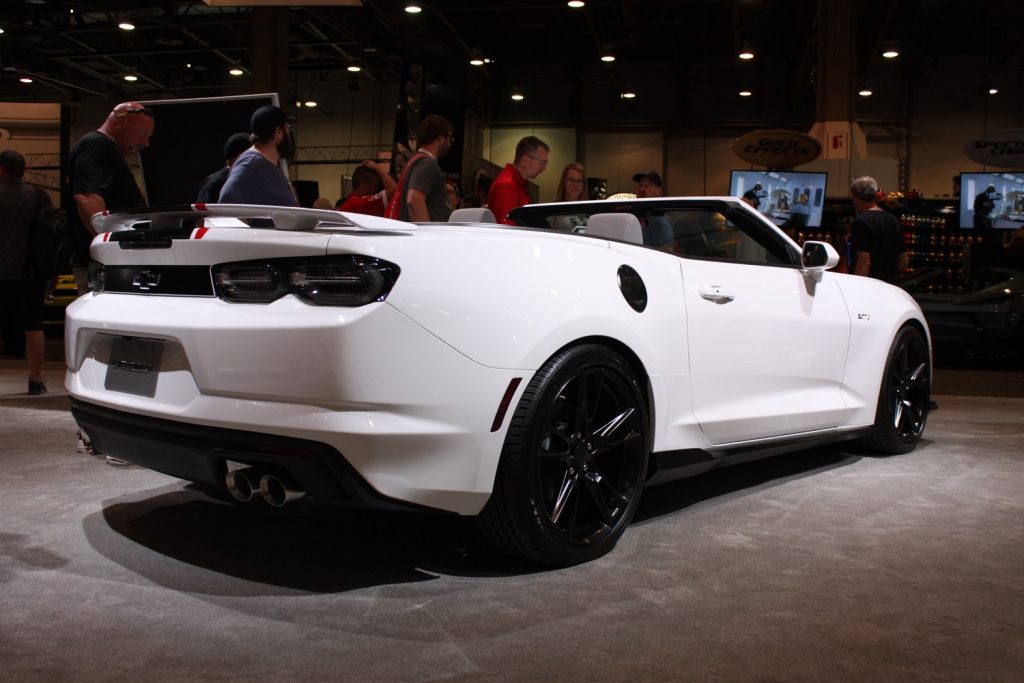 Non-production equipment being displayed on the LT1 Convertible Concept includes a black lower grille with a red insert, red-painted rear brake calipers and a carbon fiber instrument panel trim insert – the latter of which is currently only available on the range-topping Camaro ZL1. This car has some optional parts that can already be ordered on the current Camaro as well, including an SS vented hood, dual-mode exhaust, black Chevrolet Bow Tie emblems, gray cloth interior upholstery and the optional GM 10-speed automatic transmission. It’s worth pointing out that the Camaro LT1 can also be ordered with the six-speed manual. 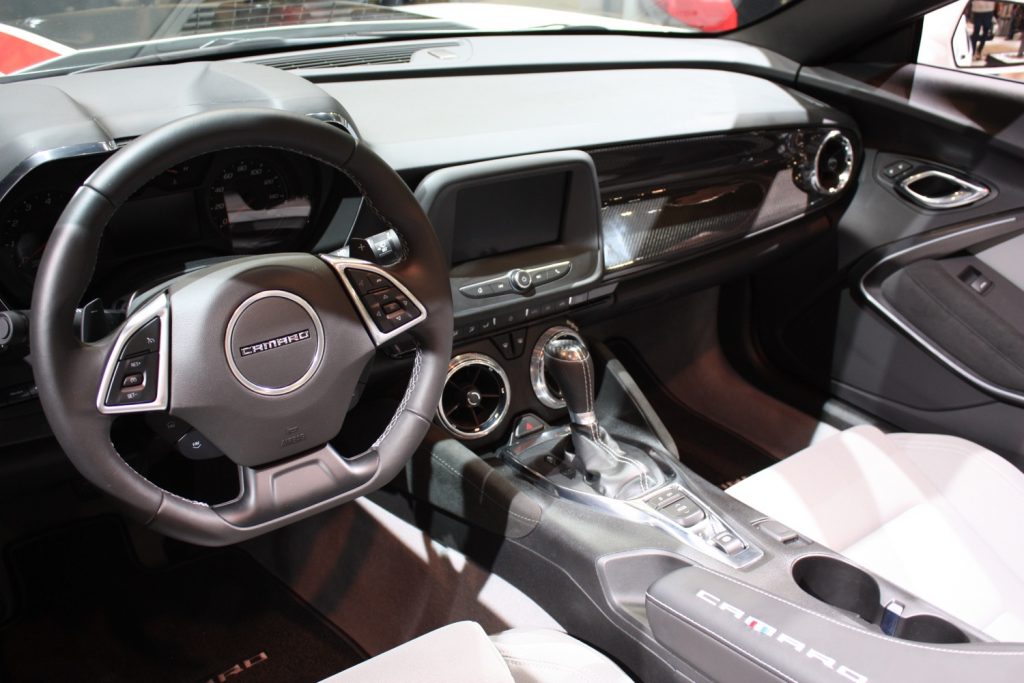 A number of Chevrolet Performance Parts and Accessories items are also seen on this car, including:

We should also point out that this car might be a preview of the Camaro Redline Edition, which GM Authority was first to report would return for the 2020 model year. The red accented lower grille, along with the red decals throughout, seem to hint at the new Redline Edition.