This week, Chevrolet showed off the new Corvette C8.R at the 2019 SEMA Show in Las Vegas. The company didn’t share any additional information on the new mid-engine racer, but it did give us a chance to see its new nighttime lower light cluster fully illuminated.

Chevy briefly switched the night endurance lights on at the initial debut of the Corvette C8.R last month, which coincided with the debut of the 2020 Corvette Convertible, but this SEMA appearance allowed us to get an even better look at the fancy-looking new lights.

These lights will be used at night during endurance races only, with the upper, production-style headlights serving as daytime running lights for regular races. Corvette Racing participates in a number of races that run into the night, including the 24 Hours of Daytona, 12 Hours of Sebring, 24 Hours of Le Mans and the Petit Le Mans IMSA season finale. These lights may also be switched on if it is cloudy and/or foggy and rainy out during the race. 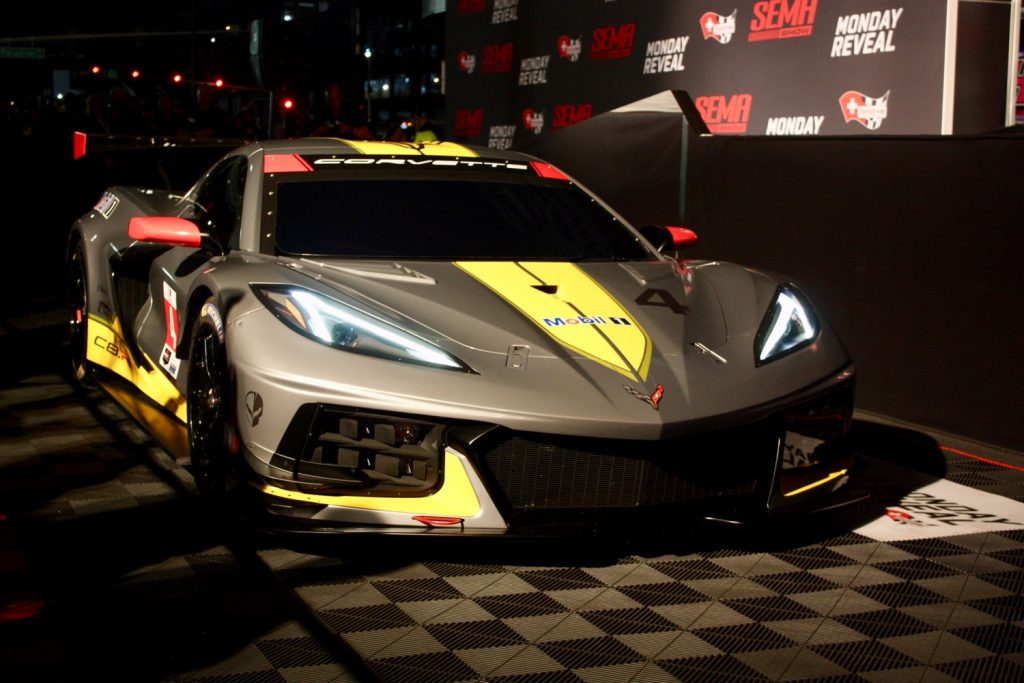 As you can see, the new night endurance lights are comprised of two separate sets of six LED lights, bunched together in rows of three. The outgoing Corvette C7.R had more traditional, circular night endurance lights, which were also integrated into the lower portion of the bumper. Because these lights are for illuminating a dark racetrack, we wouldn’t expect to see them on any forthcoming Corvette C8 production variant, like the Z06 or ZR1, for example. 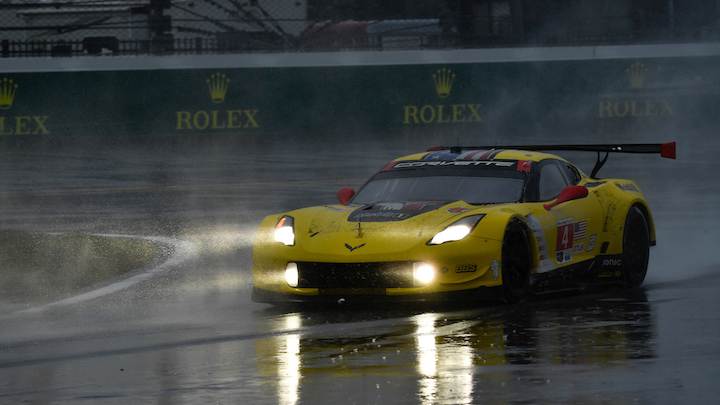 The dark-tinted windshield and side windows still remained on the Corvette C8.R for its SEMA appearance, shielding prying eyes from seeing into the team’s radically different creation. The limo tint windows were also on the car at the Corvette Convertible debut and when it made its appearance at Road Atlanta.

The Corvette C8.R will make its competition debut at the 2020 24 Hours of Daytona in late January. We’re still awaiting a 2020 driver announcement from Corvette Racing, though GM previously confirmed that it has parted ways with veteran driver Jan Magnussen.