Chevy’s 2020 Camaro adds a single new exterior color to its palette: Rally Green Metallic. We previously had our first look at the new Rally Green hue, courtesy of chief engineer Al Oppenheiser. This time around, Chevy has provided us with more angles of the new green paint job.

Assigned color code GJ0 and touch-up paint code WA-624D, Rally Green Metallic is the only green hue available for the 2020 Camaro. In fact, this is the only dark green color to ever be offered since the Camaro returned to the market in 2010. Edit: the 2015 Chevrolet Camaro was offered in a dark, Emerald Green Metallic finish. The color is significantly darker than the original Rally Green color offered on the first-gen Camaro; however, we find that the sleek, contemporary finish matches the body language of the sixth-gen Camaro quite nicely. The new Rally Green Metallic color is included in the base price of the 2020 Camaro, and is available in conjunction with all trim levels and interior color combinations, except for Adrenaline Red. As of this writing, dealers are sufficiently stocked with the 2020 Camaro, since the GM Lansing Grand River plant has been assembling and shipping the 2020 model to dealers for the past couple of months. Camaros in the Rally Green Metallic exterior color are currently available in stock as well. Availability varies by dealer, so check with yours for complete details. 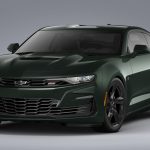 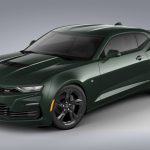 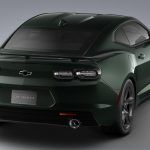 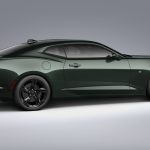