No doubt about it, Chevy fans are practically falling over themselves to get their hands on the new 2020 Corvette C8. Unfortunately, production has yet to kick into high gear at the Bowling Green Assembly Plant in Kentucky, but that isn’t stopping one eBay seller from hawking their C8 build slot.

“The price is $110,000 firm!” writes the seller in the listing description on eBay. “I don’t have to sell it, nor do I need too [sic] for any other reason other than making a profit.”

Posted by user estate-sales-deals, the seller is in good standing with 100-percent positive feedback, so it certainly seems legitimate. That said, the pricing for this 2020 Corvette build slot is more than a little eyebrow-raising.

While it’s certainly possible to hit the $100,000 mark when optioning out the 2020 Corvette Coupe, this particular model is the 1LT trim level, which starts at $59,995. It’s also covered in Arctic White paint, a no-cost option.

That said, there are at least a few extras included here, such as the Z51 Performance Package, Competition Sport bucket seating, Carbon Flash Metallic-painted outside mirrors and a removable roof panel storage bag. The most expensive of these options are the Z51 package and seats, which tack on an additional $5,000 and $1,995, respectively. Even so, the extras only bring the price to a little under $68,000 – nowhere near the $110,000 “Buy It Now” figure. 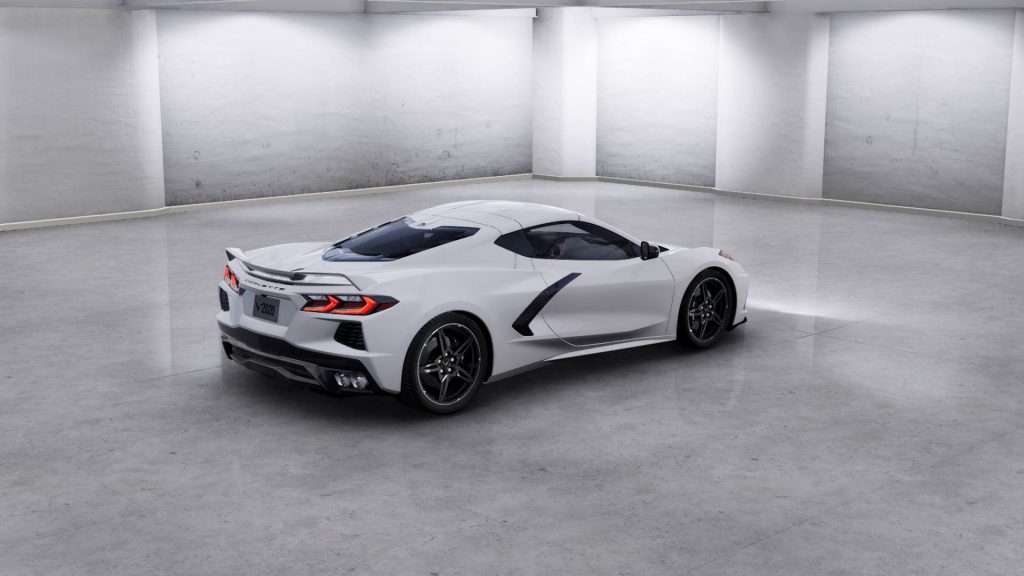 Beyond the outrageous price tag, there are a few other issues with this listing. For example, the post is described as “1st wave early release.” However, as we’ve covered previously, production of the 2020 Corvette has been delayed as a result of the recent UAW union strike. The post also says the 2020 Corvette produces 650 horsepower, which is most likely a reference to the recent Motor Trend dyno test that sparked so much controversy.

That said, the question still remains – is it really worth it to pay $110,000 to get one of the first 2020 Corvette 1LT models? Let us know your thoughts in the comments.