Although the 2020 Corvette Stingray is only available with an automatic transmission, it still comes with a number of interesting tricks to give the driver the most visceral experience possible behind the wheel. One of these is a quick way to grab the lowest available gear, providing an immediate burst of torque on demand.

For reference, the 2020 Corvette Stingray is equipped with the new M1L dual-clutch eight-speed automatic transmission, which was developed by Tremec specifically for the new eighth-generation Vette. Feeding the gearbox is the naturally aspirated 6.2L LT2 V8 engine, which doles out upwards of 495 horsepower at 6,450 rpm and 470 pound-feet of torque at 5,150 rpm when fitted with the optional performance exhaust system.

As we covered previously, GM originally used a Porsche PDK transmission in the early stages of prototyping for the 2020 Corvette Stingray. In fact, the first eighth-generation Chevrolet Corvette prototype, also known as Blackjack, was built from a list of disparate components, including parts from a Holden Ute and the Chevrolet Corvette C7, which helped engineers to rapidly get a workable vehicle up to speed. 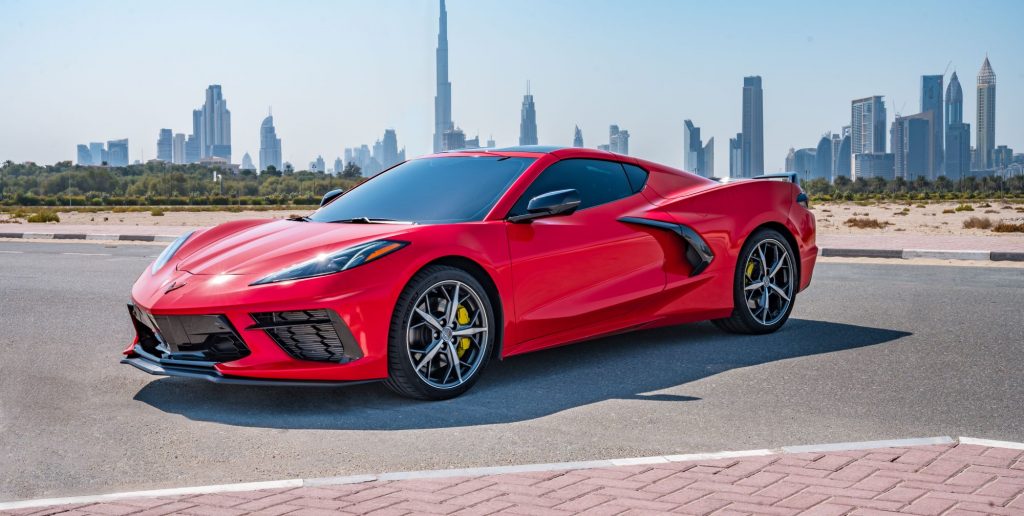 As such, the Porsche PDK was set as the benchmark for the new Tremec M1L dual-clutch eight-speed unit currently in use in the production 2020 Corvette Stingray. The gearbox is wired directly to the shift paddles, and can swap cogs in less than 100 milliseconds without interruption in the flow of torque.

Indeed, for those drivers that still want immediate feedback and high levels of engagement, the 2020 Corvette Stingray’s eight-speed is on the level – especially with this cool trick to grab the lowest available gear.