The 2020 Corvette Convertible made its official debut during a special event at the Kennedy Space Center in Florida early last month, where it was shown alongside the new mid-engine Corvette C8.R race car as well.

That event wasn’t very heavily attended, though, with Chevrolet only inviting select customers, dealers and members of the automotive press. The automaker also rolled out a Rapid Blue 2020 Corvette Convertible at this year’s 2019 SEMA Show, giving attendees that may not have been present at the Florida event a chance to see the hardtop convertible up close. Chevy also demonstrated the car’s hardtop folding back while driving the car out on stage. 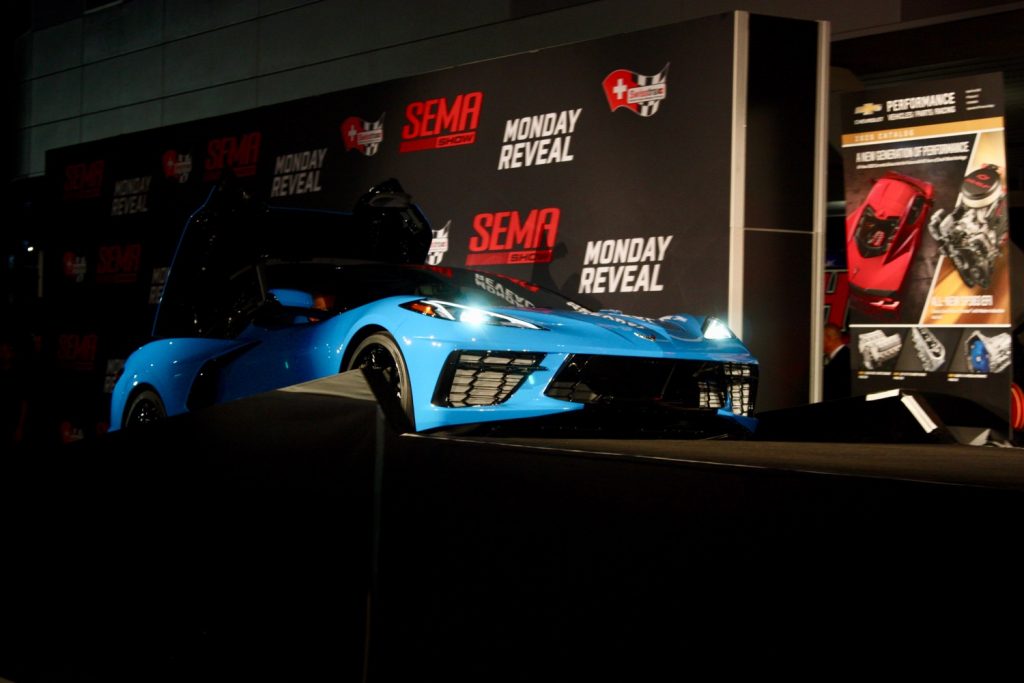 Many folks at Chevrolet’s SEMA event were eager to capture the Corvette Convertible, despite it having already been shown, as there were no shortage of cell phones and cameras being pointed at the car. This is unsurprising, given the mid-engine Corvette is still relatively new and many still haven’t had the chance to see one in person.

Setting the Corvette Convertible apart from the coupe is the new two-piece foldable hardtop roof, which is a first for the brand, with a soft-top configuration having been offered on all previous Corvette Convertible models. The foldable hardtop makes for a quieter, safer cabin and can be activated at speeds of up to 30 mph, fully retracting in just 16 seconds. There’s also a power-adjustable rear window that helps control air circulation in the cabin when driving with the top down.

Storage space doesn’t suffer with the top down, either, as the car can still hold a bag of golf clubs in the trunk with the roof retracted. Like the coupe, an airline carry-on suitcase and a laptop bag can still fit in the frontal trunk cavity, too. 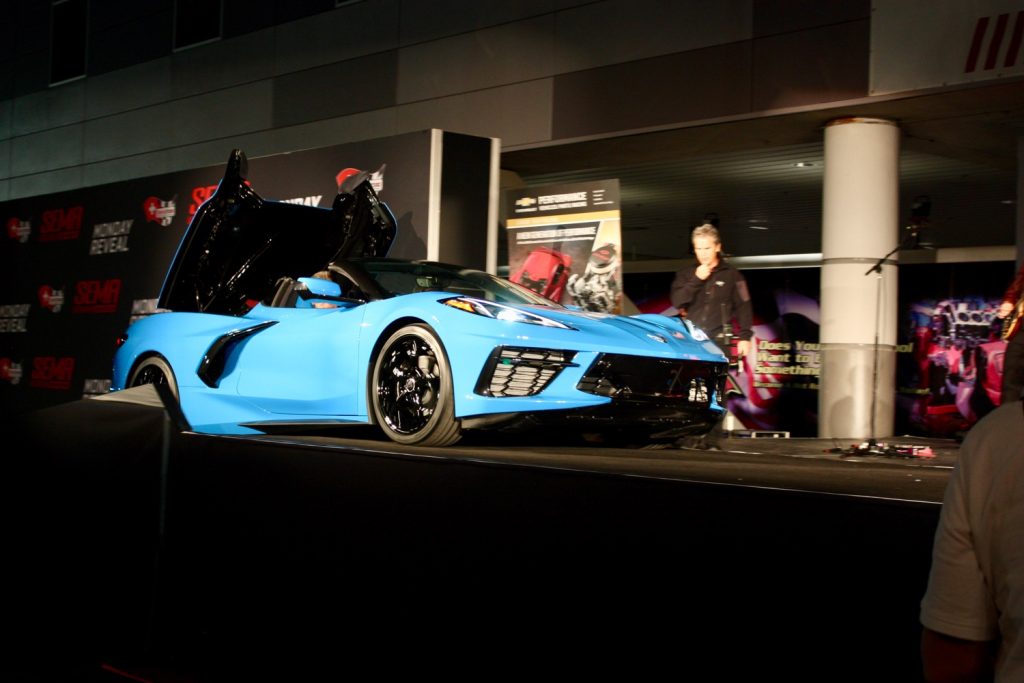 Like the hardtop, the 2020 Corvette Convertible features the same naturally aspirated 6.2-liter LT2 V8 engine, which is rated at 495 horsepower and 470 pound-feet of torque when equipped with the optional performance exhaust system. The same eight-speed dual-clutch transmission also feeds power to the rear wheels.

While production of the standard Corvette C8 is set to begin at General Motors’ Bowling Green Assembly plant in early January, the 2020 Corvette Convertible won’t begin to roll off the assembly line until late Q1 2020.