The new Oasis Blue color is included in the base price of the 2020 Sonic, and is only offered on hatchback models. In addition, Oasis Blue is available in conjunction with all trim levels and can only be matched to the Jet Black interior color combination. As of this writing, 2020 Sonic units are just hitting dealer lots, as the GM Lake Orion plant in Orion Township, Michigan has recently started to ship out the new product. 2020 Sonic models in the Oasis Blue exterior color are not in stock just yet, but should be in the very near future. Availability will vary by dealer, so check with yours for complete details. 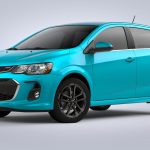 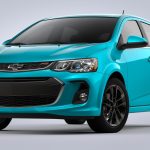 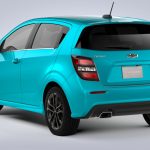 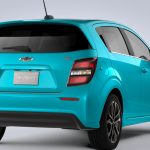