The 2020 Chevrolet Camaro COPO John Force Edition, a special-edition version of the Camaro COPO drag car, has made its official debut ahead of the 2019 SEMA Show in Las Vegas. 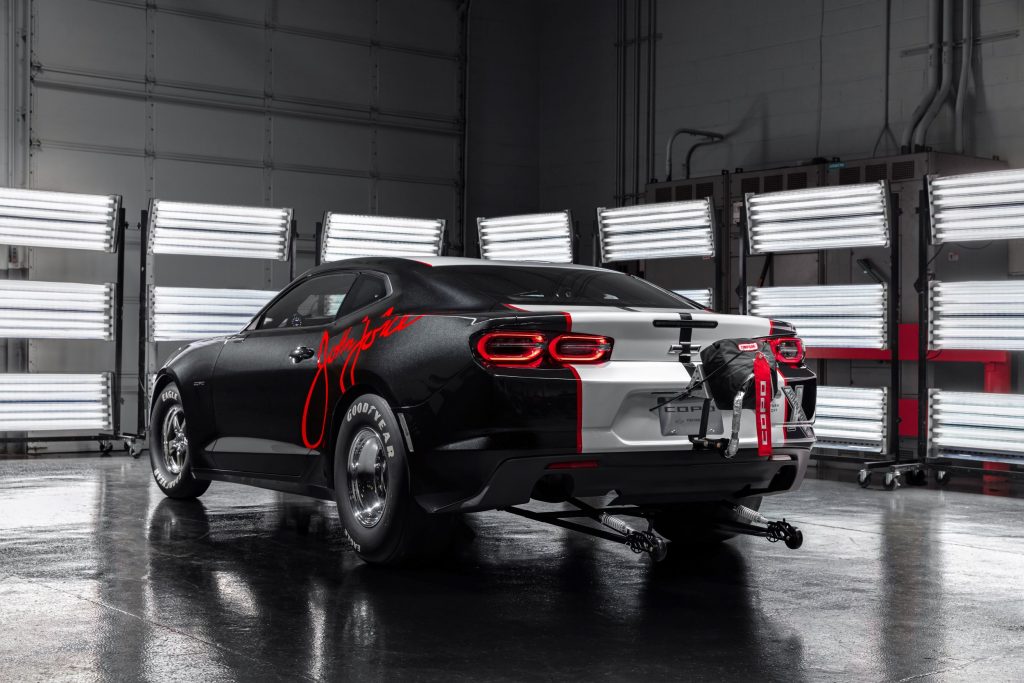 This quarter-mile devouring Camaro celebrates the life and career of legendary drag racer John Force, who raced a Corvette Funny Car and other Chevy products early in his career and currently races a Camaro Funny Car in NHRA competition. It features a special black and silver paint scheme that was designed using input from Force himself and will be auctioned off for charity at the 2020 Barrett-Jackson Scottsdale sale in January. Proceeds from the auction will benefit DonorsChoose.org, a site that allows American teachers to request classroom materials they or their students may need.

“This is a great-looking COPO Camaro, and I enjoyed helping design this car,” John Force said. “The COPO Camaro is already a formidable car, and hard to beat on the track. But this one is even more special, as it will help support a cause I firmly believe in.” 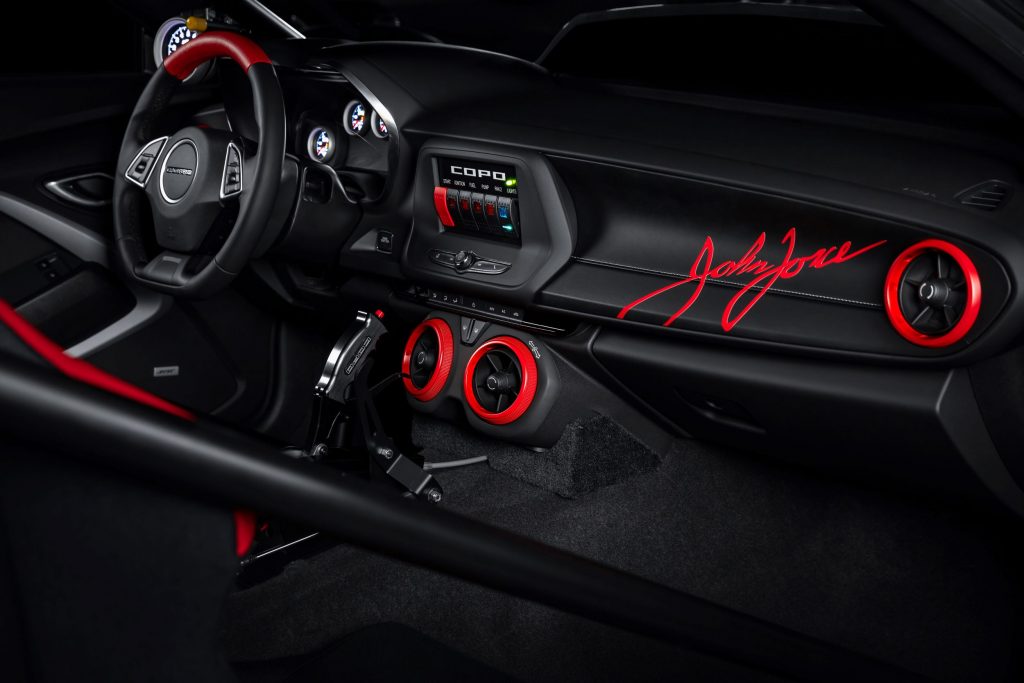 The special John Force paint scheme will also be offered on the production 2020 Camaro COPO, which is available to drag racers for purchase. In addition to the John Force paint scheme, the 2020 Camaro COPO can also be ordered in four production colors: Black, Summit White, Satin Steel Gray and Red. There are also seven heritage colors available on the Camaro COPO for 2020, all of which are from the 1969 Camaro color palette. These include Hugger Orange, Butternut Yellow, Frost Green Poly, Olympic Gold Poly, Garnet Red, Fathom Green Poly and Azure Turquoise Poly. Chevy says that with this change, there are now more color choices available on the factory drag Camaro than ever before. 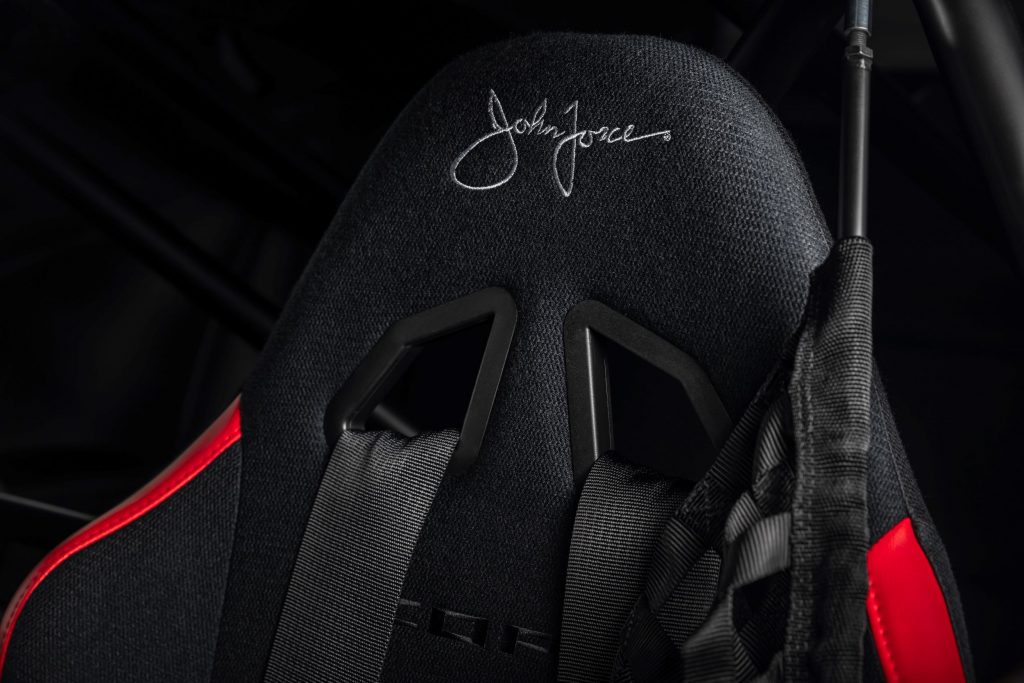 Engine options available on the 2020 Camaro COPO include a supercharged LSX 350 engine with a 2.65-liter Magnuson supercharger and LSX-SC cylinder heads, along with an LSX-based 427 cubic-inch naturally aspirated engine. The John Force Special Edition car features the supercharged engine. 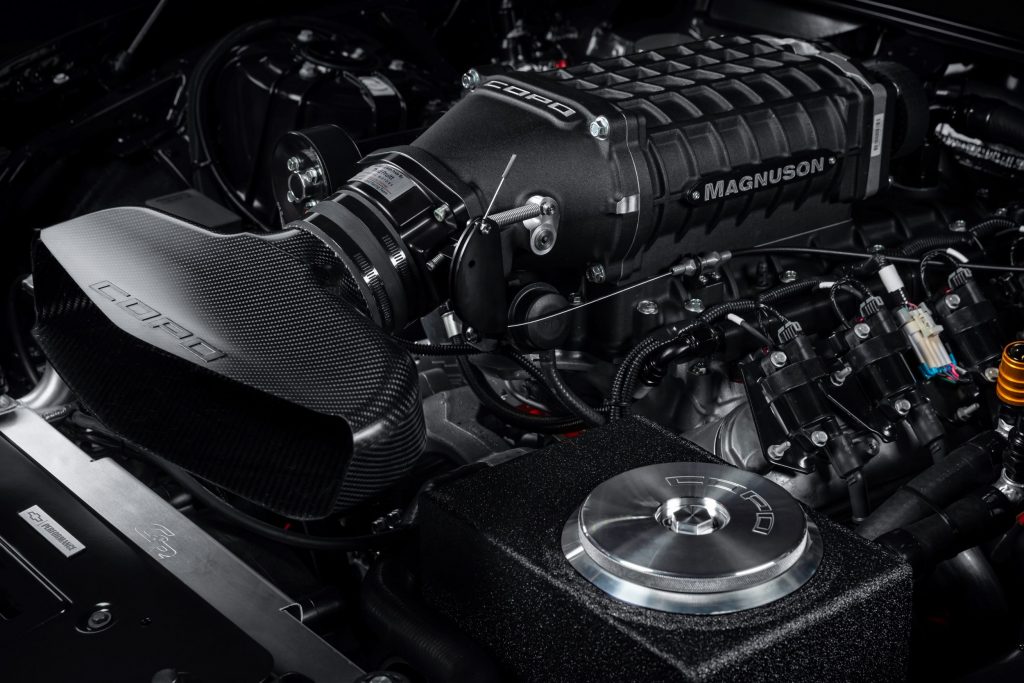 A new Racer’s Package is also offered on all 2020 Camaro COPOs, which adds a carbon fiber air inlet, dual batteries, a weight box, parachute and quick-change coupling for supercharged models.

Chevy says it has built just 552 COPO-spec Camaros drag cars since 2012 (equivalent to 69 per year), making them quite rare.  However, it will build 70 of them for 2020 as the singular John Force Edition car is considered a unique build slot and is not included in the regular 69-car production run.