The 2020 Cadillac CT5 has been shown in all sorts of different colors since it made its debut at the 2019 New York International Auto Show. The sedan debuted in Garnet Metallic and Satin Steel Metallic, with the former appearing on the CT5 Premium Luxury at the show and the latter on the CT5 Sport. We’ve since seen the CT5-V in Wave Metallic and Royal Spice Metallic, too. 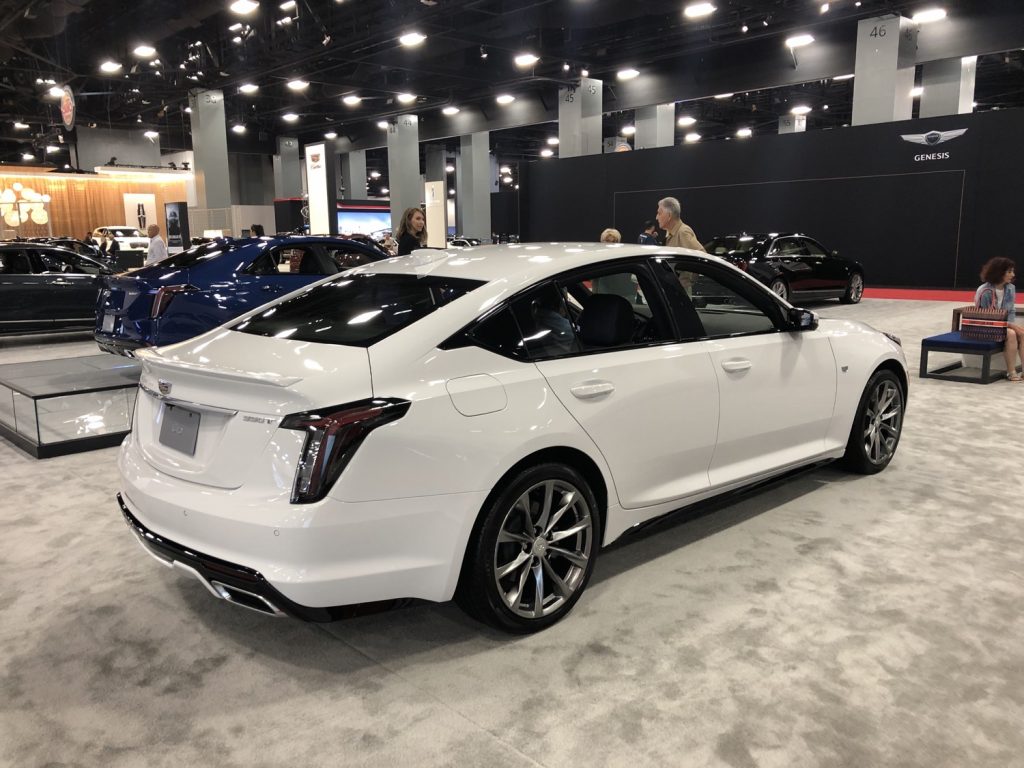 Now the 2020 Cadillac CT5 has been shown in a never-before-seen color: Summit White – which GM Authority first reported would be offered on the new sedan. This is one of the two no-cost color options on the luxury sedan, with the other being Black Raven. These two are gloss paint color options, whereas the rest of the color palette consists of metallic hues – hence their no-cost status. 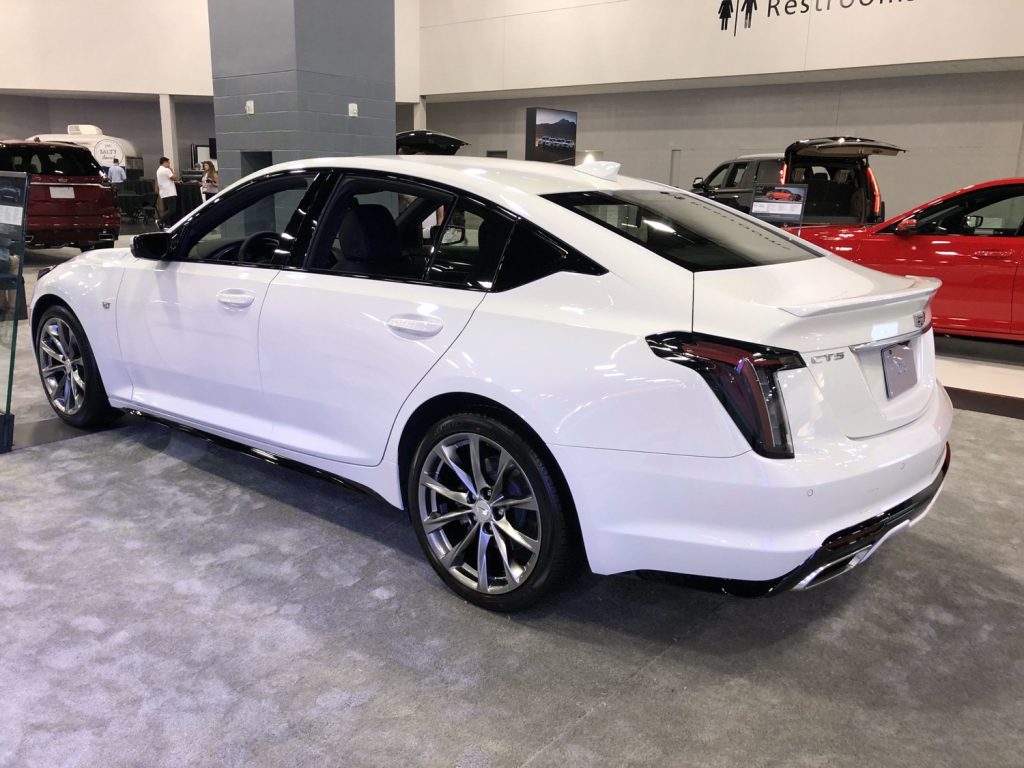 Interestingly, the Cadillac ATS and Cadillac CTS, which the CT5 indirectly replaces, were never offered in this color. If one wanted a white ATS or CTS, one was forced to opt for Crystal White Tricoat, which carried a $1,000 premium. Crystal White Tricoat isn’t a gloss color, either, with its metallic finish giving it more of a pearly white look. The CT5 offers the best of both worlds, as Crystal White Tricoat remains an optional extra on the sedan as well. 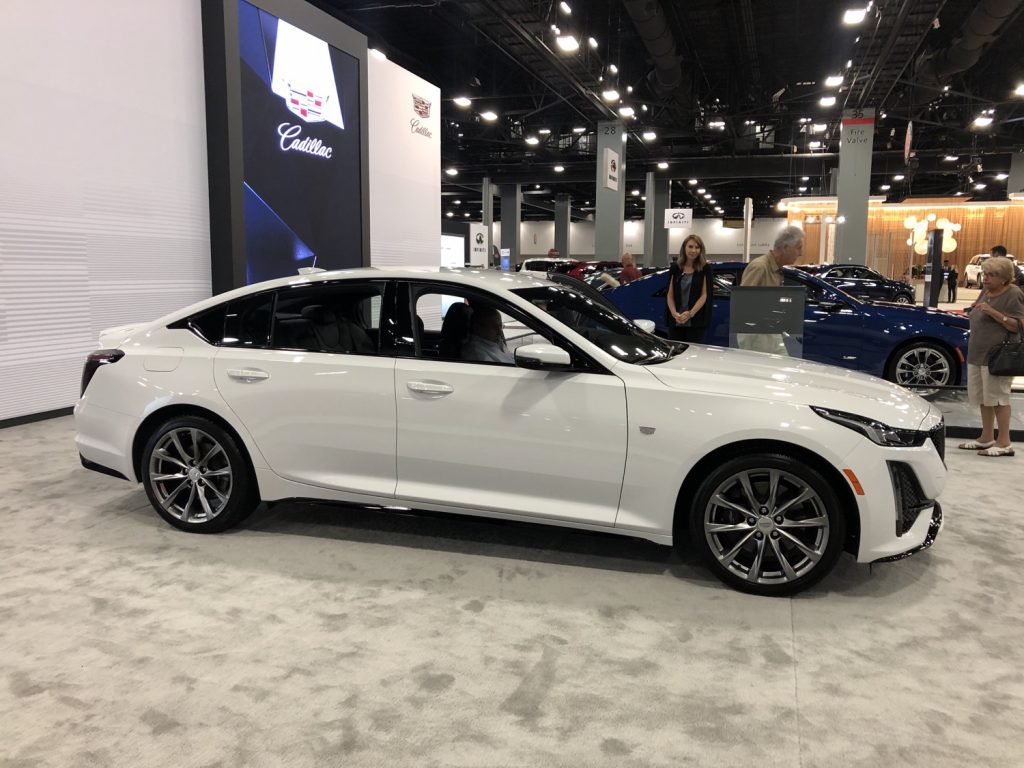 Capture at the 2019 Miami International Auto Show, this particular 2020 Cadillac CT5 is the Sport trim level and is equipped with General Motors‘ turbocharged 2.0-liter LSY four-cylinder engine and 10-speed automatic transmission with Electronic Precision Shift technology. As we’ve mentioned in the past, the CT5 rides on GM’s Alpha 2 architecture and comes standard with RWD, with AWD offered as an optional extra. 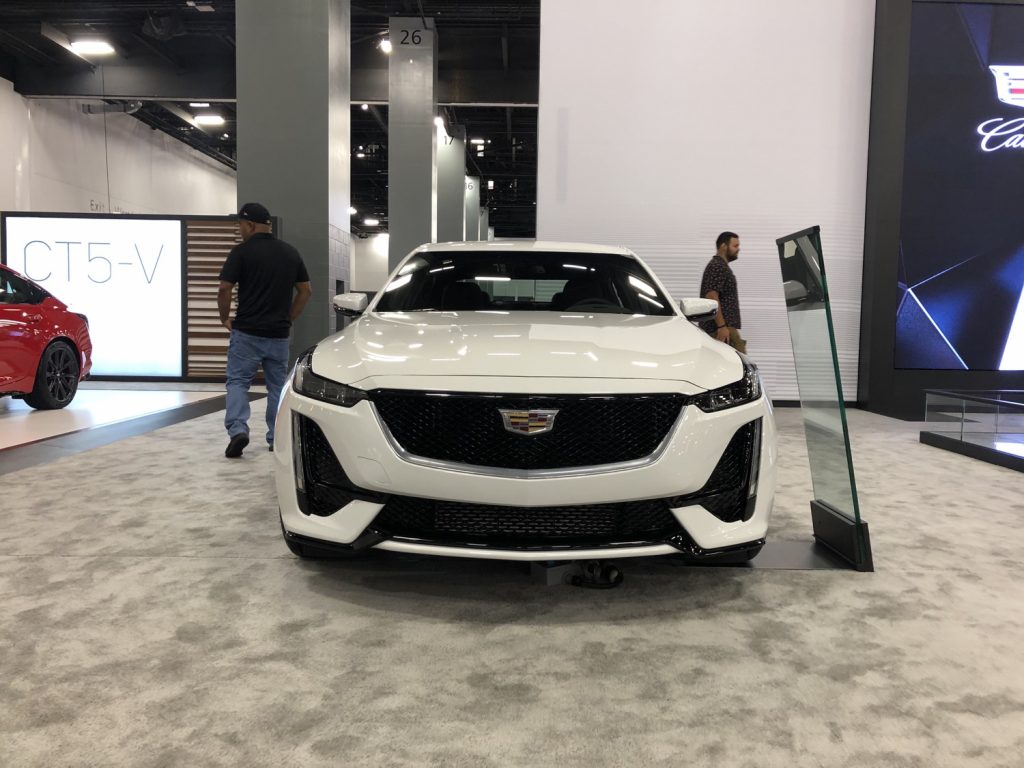