The 2019 SEMA Show debuted a variety of interesting new concepts and builds, most of which hit the show floor in Las Vegas with perfectly polished paint and elegant body lines. However, this particular 1959 Chevrolet El Camino doesn’t exactly follow the crowd. Dubbed the “Hulk-Camino,” the custom Chevy rat rod grabbed loads of attention thanks to its wild and outrageous look, which is backed with oodles of supercharged horsepower under (and out of) the hood.

Taking responsibility for the custom Chevrolet El Camino’s creation is Minnesota-based shop ITW (In The Weeds) Hot Rods, which completed the project in 2015. 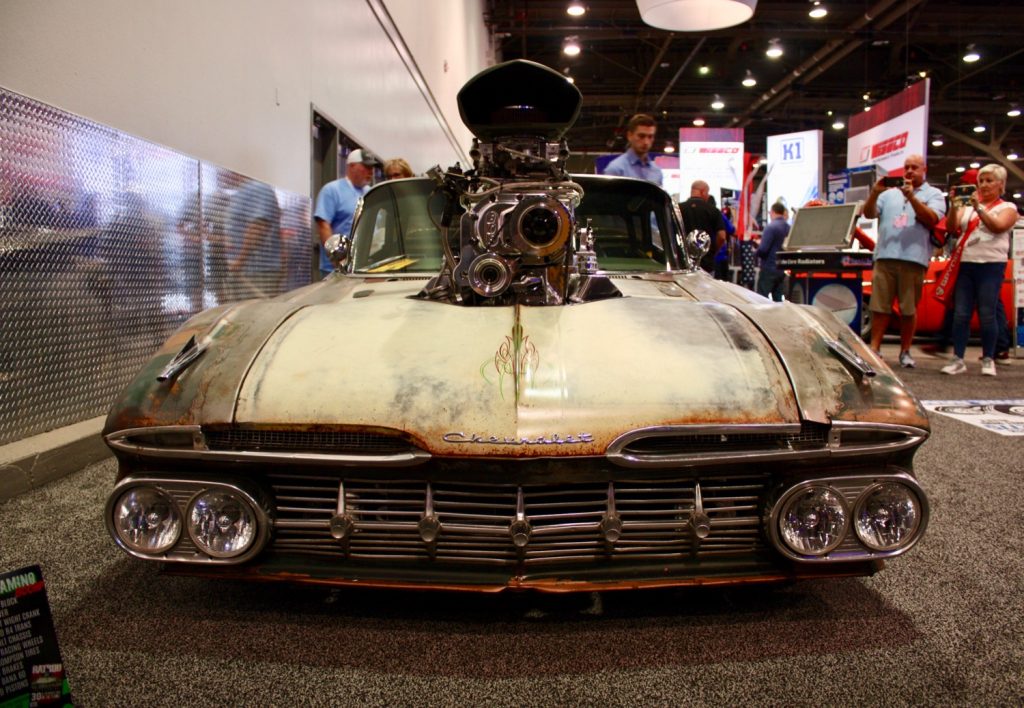 No surprise, one of the first things we noticed was the powerplant, which consists of a 400 Dart small-block V8, which was fitted with a massive 6-71 BDS supercharger. Complementary mods include forged pistons from Diamond as well as a lightweight crankshaft from Callies. Add some gas, and the custom Chevrolet El Camino churns out 800 horsepower.

Sending all that go to the ultra-wide rear tires is a Monster 700 R4 transmission, which is backed by a Strange Dana 60 rear end. A custom-built chassis provides the bones, while American Racing wheels, Mickey Thompson tires and Wilwood brakes round it out. 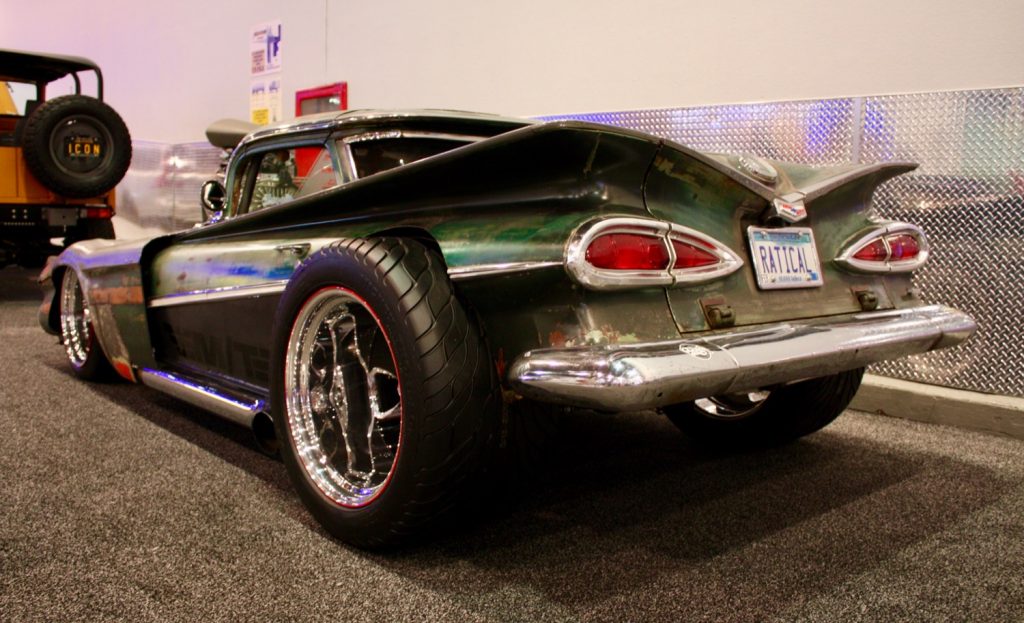 This Chevrolet El Camino managed to stop traffic on more than one occasion at SEMA, which shouldn’t be a surprise given what it looks like. There’s patina galore and an utterly unique look that stands in contrast to the vast majority of rides in attendance, with tons of cool details from front to back. For example, the roof is a hinged t-top to help the driver and passenger actually get in and out of the thing.

Hit play below to see it start, drive and do a few smoky burnouts too: