Hendrick Motorsports’ William Byron finished second in Sunday’s First Data 500 from Martinsville, unable to keep pace with race winner Martin Truex Jr., who led a dominant 454 laps to secure a spot in the Championship 4 round of the NASCAR playoffs.

Truex Jr. moved into the lead after passing pole-sitter and Joe Gibbs Racing teammate Denny Hamlin on pit road on Lap 30. He retained the lead for the rest of the race, save for a brief period near the end of Stage 2 when Kyle Larson elected to stay out on old tires. Truex survived multiple restarts throughout the race as well, due to the significant 11 caution periods. 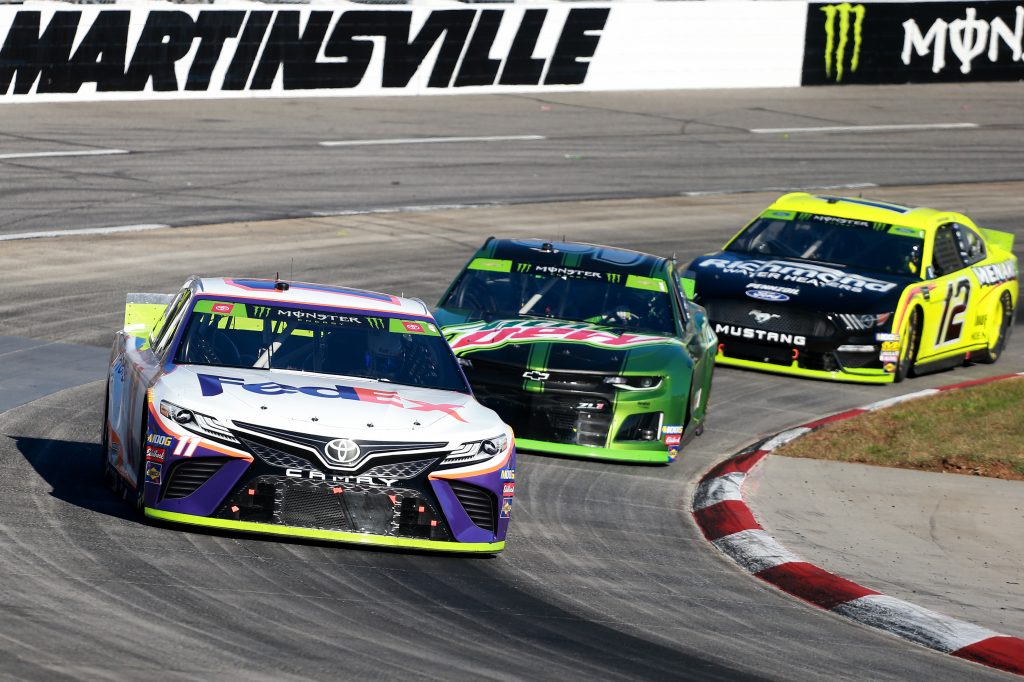 Byron looked like he had the speed to challenge Truex for the win late in the race, gaining on the Toyota under corner entry, with the 21-year-old’s Chevrolet Camaro looking very strong on the brakes all day, but he ultimately couldn’t get close enough to attempt a pass.

“He was really strong,” said Byron, post-race. “I could work my brake bias a little bit in the car and gain a little bit, and then I’d get to him and I’d heat up a lot and then kind of fall back. I don’t really know. He was super strong. Our car bounced a little bit on the short run, which was tough to kind of get around. But overall, it was a really good day.” 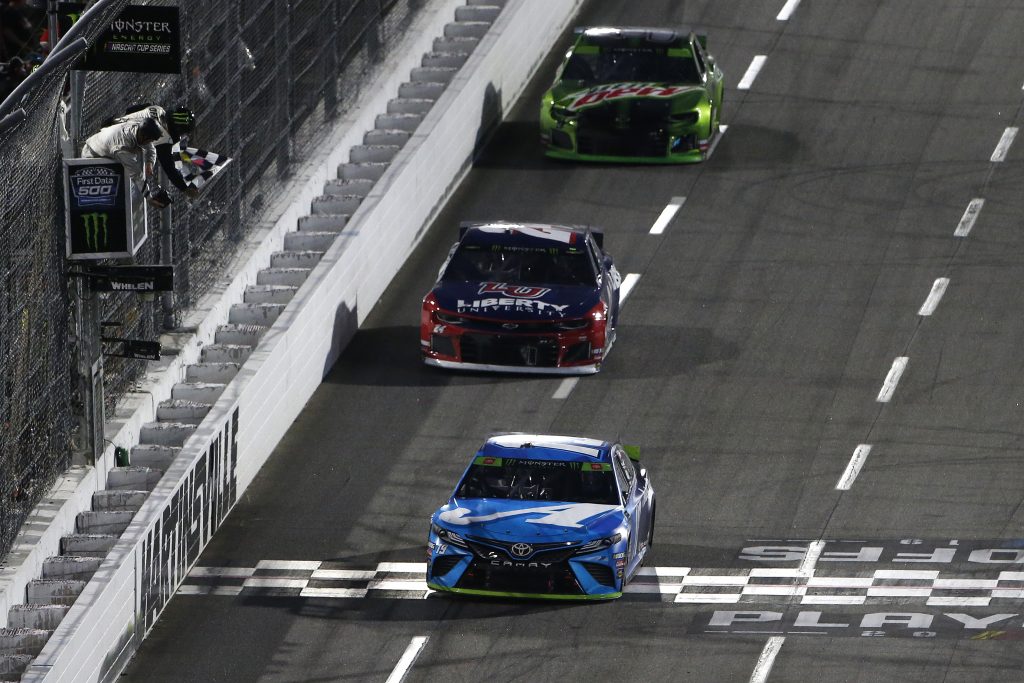 It was Truex Jr.’s first win at Martinsville—with the Toyota driver nearly driving to victory last year before a bump-and-run from eventual championship winner Joey Logano relegated him to second.

“I can’t believe we just won Martinsville, man,” he said post-race. “Miami (Homestead) is awesome, but we’ve wanted to win here for a long time.”

Logano’s race didn’t go quite as planned, with the Team Penske/Ford driver getting into an on-track tussle with Hamlin that ultimately led to an off-track tussle post-race. As the two discussed the incident in the pits, Logano gave Hamlin a shove before quickly walking away, sparking a brawl between the JGR and Penske crew members. 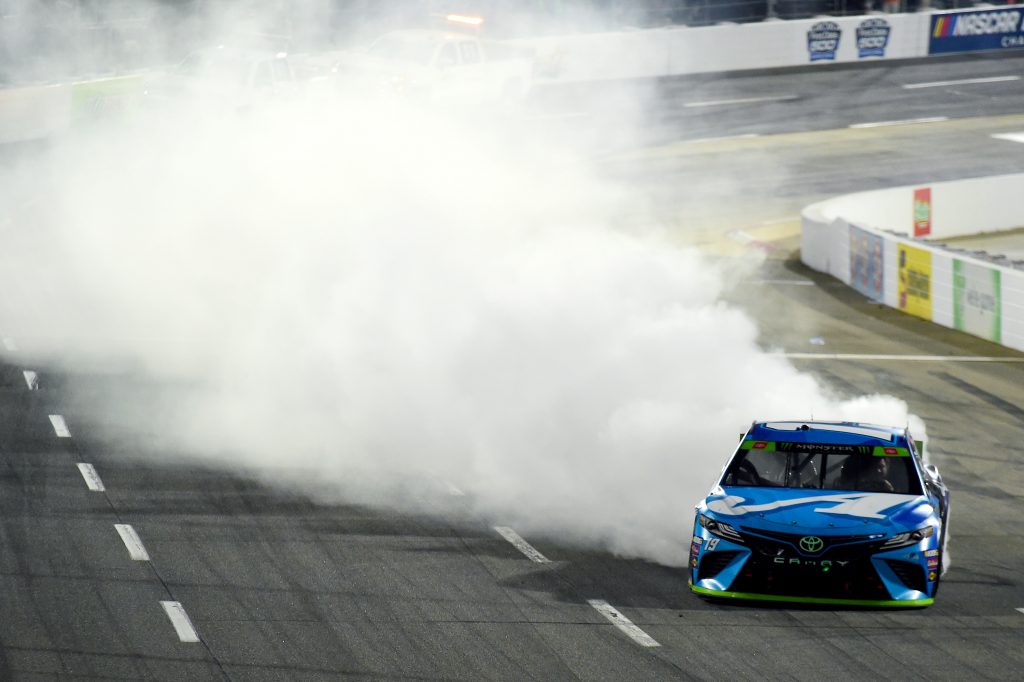 “We were having a discussion,” Hamlin said. “Everything was civil, and then, like Joey does, he does a little push and then runs away. So that’s Joey. Scared. He said, ‘Do you want to go?’ I said, ‘Yes, I’m here.’ But then he runs away.”

The NASCAR Cup Series heads to Texas Motor Speedway next weekend for the AAA Texas 500. Click here for full results from Martinsville and check out the video embedded below for complete highlights.