Want to see how well the new mid-engine 2020 Corvette C8 can incinerate its rear tires? Well, look no further – because here it is.

This Instagram clip comes courtesy of automotive writer Zach Bowman, who appears to be wheeling the new Vette through a closed-off parking lot. 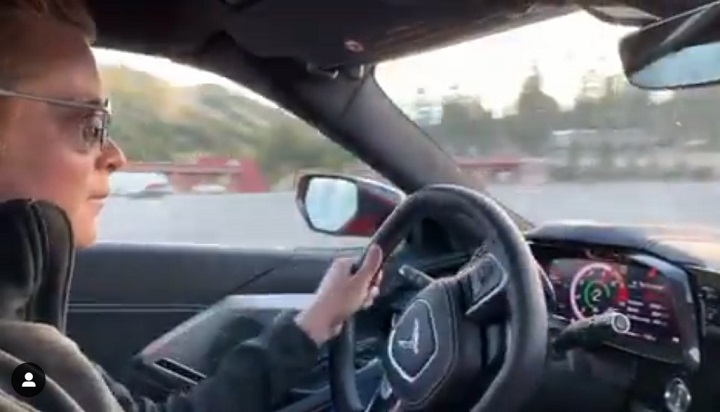 Bowman is part of the panel behind Road & Track magazine’s Performance Car of the Year comparison test, which focuses on new and heavily-revised sporty cars for the 2020 model year. Naturally, the new Corvette is involved.

Ten other competitors are involved in this year’s battle, including the Toyota Supra, Lexus RC F Track Pack, Lotus Evora GT, McLaren 600LT Spider, Lamborghini Huracan Evo, BMW M2 Competition, Mazda MX-5 Miata, Hyundai Veloster N hatchback, Porsche 911 Carrera S and the Nissan GT-R Nismo. All of these contenders will have to wow a panel of judges through the winding roads of Northern California, as well as through the deceptive twists and turns of Thunderhill Raceway. Amusingly, R&T notes that the previous year’s winner, in this case, the 2019 Corvette ZR1, is not allowed to return again and attempt to reclaim the crown… so the 2020 Corvette C8 Stingray to the rescue.

While this first video clip captures the smoke show from the outside, we also found a second clip, from another panelist at the event, Jason Cammisa, that showcases what’s happening inside the new Corvette.

According to these clips, and other recent video clips of the new 2020 Corvette being posted, driving impressions are under embargo until October 16th. Naturally, everyone can expect a flurry of Corvette-related content to be dropping on that date.