UAW Local 160, which represents 1,335 General Motors workers, has voted 84 percent in favor of the contract proposal put forth by the automaker and union leaders last week.

While only one, small fraction of the UAW, the Local 160 result may be indication the union will vote to approve the contract proposal and bring an end to the 36-day strike.

“I think everybody is pretty much satisfied. Are we gonna get what we want? Completely 100 percent? No. but I think the membership will be satisfied with what we did achieve,” he told the Fox affiliate. “There’s gonna be people that’ll be voting negatively for their own reasons. That’s fine too.”

The union branch also represents 556 Aramark workers—which provides janitorial services for GM plants. Jimmy Taite, an Aramark worker and Local 160 member, told Fox2 that many workers he has spoken to feel as though the strike has gone on long enough and they are ready to return to work.

“I voted and I voted the right way and that’s it. Bottom line—I’m a bottom-line person. Meat and potatoes. We got through the deal, now it’s time to go back to work,” he said. “Our families need us. Our kids, our wives need us. So we did what we had to do.” 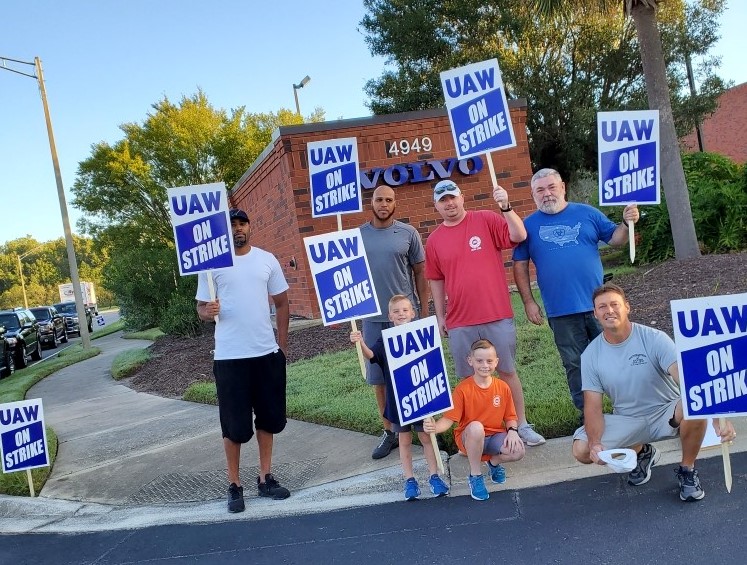 Full results from the ratification vote are expected to be revealed on Friday. The UAW chose to remain on strike while voting proceeded—which was likely a cautionary measure should workers turn the deal down.

In a statement released last week, GM encouraged the UAW “to move as quickly as possible through the ratification process, so we can resume operations and get back to producing vehicles for our customers.”

The UAW strike began on September 15, with roughly 48,000 union represented employees walking off the job demanding wage increases, a clear path to full-time employment for temporary workers, a freeze on the current healthcare contract and product allocation for the Detroit-Hamtramck and Lordstown Assembly plants, among more. Under the proposal, UAW workers will receive a 3-percent wage increase and 4-percent lump-sum payment on alternating years of the four-year contract, along with the same healthcare plan and the aforementioned ratification bonuses.

GM will also allocate electric vehicle production to Detroit-Hamtramck Assembly, though Lordstown Assembly will remain closed. The union had previously indicated that it would not accept a deal that did not include new products for both Detroit-Hamtramck and Lordstown.