Any video that starts with a cammed LS engine riding the two-step is going to be a good one, and that’s exactly what this video is.

First, the specs: this particular Chevrolet SS is a rare six-speed manual. It has been turbocharged and now produces 750 horsepower. Putting down all that power to the wheels through a stick can be tough, so this SS rolls on some fancy Billet Specialties rear wheels wrapped (in what appears to have be) a pair of Mickey Thompson ET Street drag radials. The front wheels and tires, meanwhile, appear to be stock. 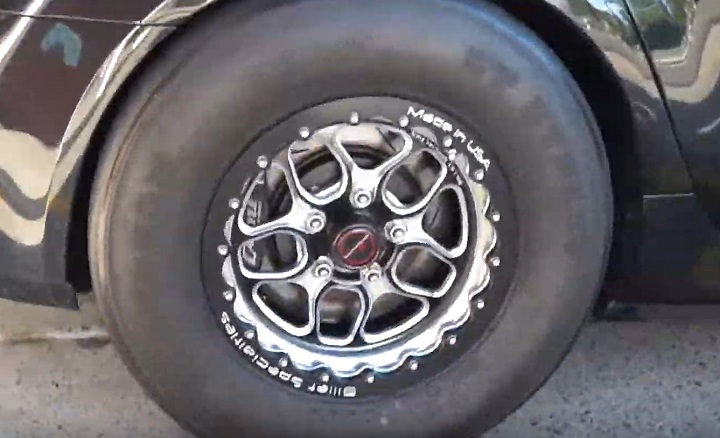 The seven-minute-long video shows a blacked-out Chevrolet SS sedan idling in a driveway for a few seconds before the driver engages the two-step launch control and wakes up the whole neighborhood.

What follows is a wicked romp as the driver does multiple pulls, banging gears, reaching speeds over “150” on the public roads of “Mexico,” which is where every street racer goes to have fun. An online comment noted that this particular part of Mexico looks suspiciously like New Jersey. Regardless, the Chevrolet SS sounds absolutely gnarly driving around “Mexico”, no doubt the result of an appropriately-sized-for-boost cam upgrade and the result of boosting that Chevy 6.2L LS3 V8 engine. 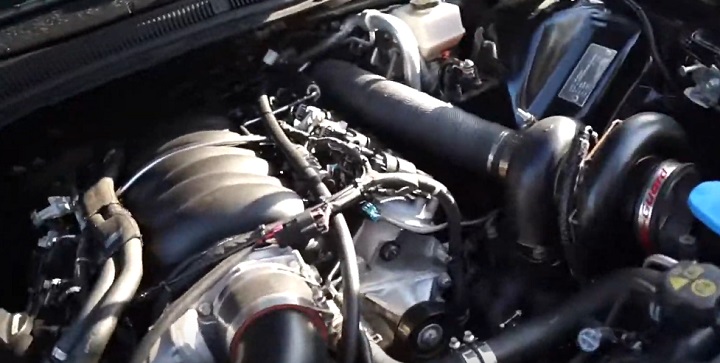 Naturally, this video could be particularly incriminating, so our cameraman is quick to pan around the vehicle, not focusing on any one detail for too long. That said, a quick shot reveals that the car does still have two small mufflers out back, but one can’t help but wonder if this super-tuned Chevrolet SS has a pair of exhaust cutouts under the undercarriage. As far as the intense surge of the turbo itself, a passing glance under the hood reveals that, other than a thin mesh strainer, the owner of this SS isn’t running any sort of intake filter on the turbo. 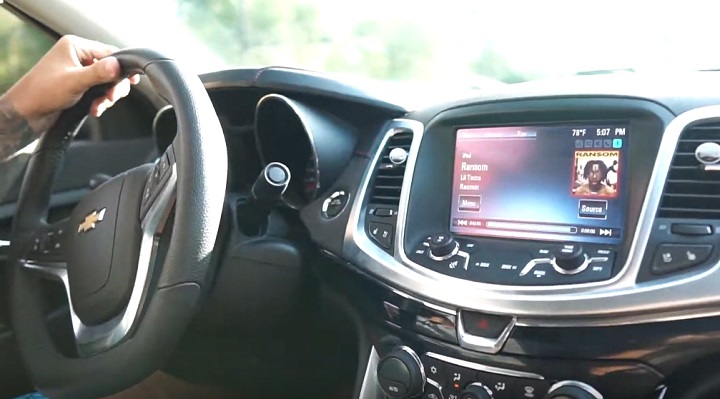 The rest of the video is typical street racer fanfare, pulled straight out of The Fast and the Furious series: the driver of the heavy Chevy revs at pedestrians at stop lights, blasts past other cars in traffic, and almost makes contact with (what appears to be) a skateboarder. Things end about as typically as you would expect, with the driver dropping the cameraman off and then ripping a decent burnout as he tears into the sunset.

The video description mentions going to the track to see what the boosted Chevrolet SS car can do. They should have started there in the first place, because doing these shenanigans on public roads is nothing short of nonsense.