Last year, GM introduced the Chevrolet FNR-CarryAll Concept at the 2018 Guangzhou Motor Show in China. The show car was a lightly-veiled look at the upcoming three-row Chevrolet Blazer, about which GM Authority exclusively reported. Now, we’re getting our first look at the upcoming utility after spying a thinly-camouflaged prototype testing in Metro Detroit. 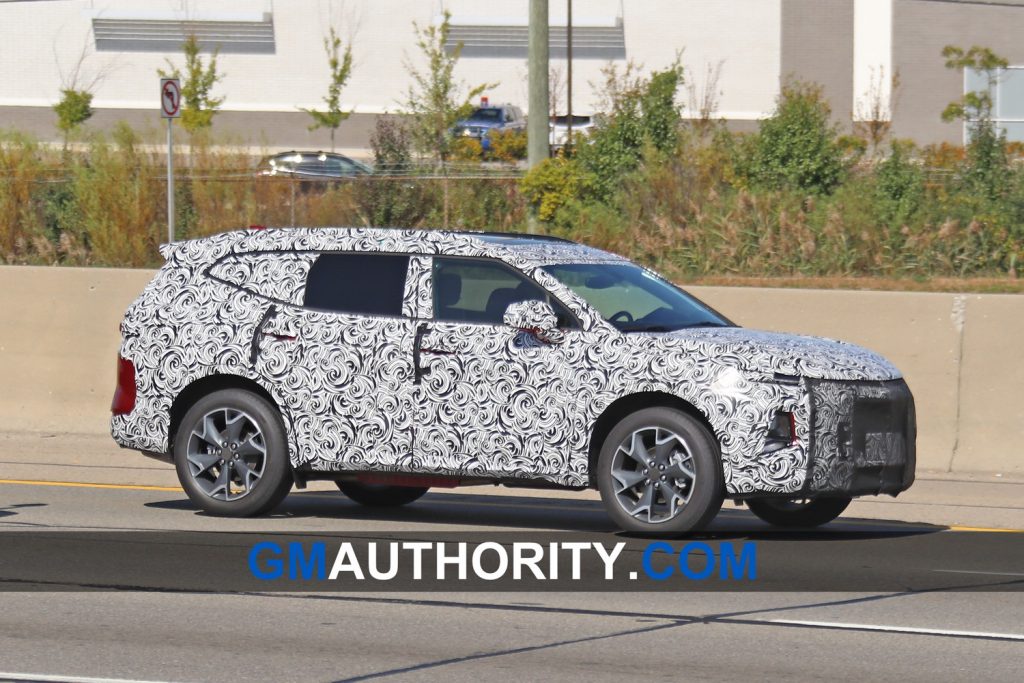 The vehicle, which we believe will be marketed under the Blazer XL nameplate, rides on the regular-wheelbase, wide-track version of the GM C1 platform and is assigned program code C1UC-S (the S stands for Shanghai). It is essentially identical to the resurrected Chevrolet Blazer marketed in North America, with the exception of a longer rear overhang and resulting modifications to the roofline and cargo area that enable the addition of a third row. In fact, the Chevrolet Blazer XL is a direct platform-mate of the all-new Cadillac XT6 and the “baby” Buick Enclave.

As of this writing, we believe that the Chevrolet Blazer XL will be exclusive to the Chinese market, where it will become Chevrolet’s biggest utility vehicle, since GM doesn’t offer the two-row Blazer, the Traverse or the Tahoe/Suburban in China. Given the ongoing boom in utilities, the Bow Tie brand is in desperate need of such a model in China. What’s more, GM might offer the three-row Blazer in select international markets. 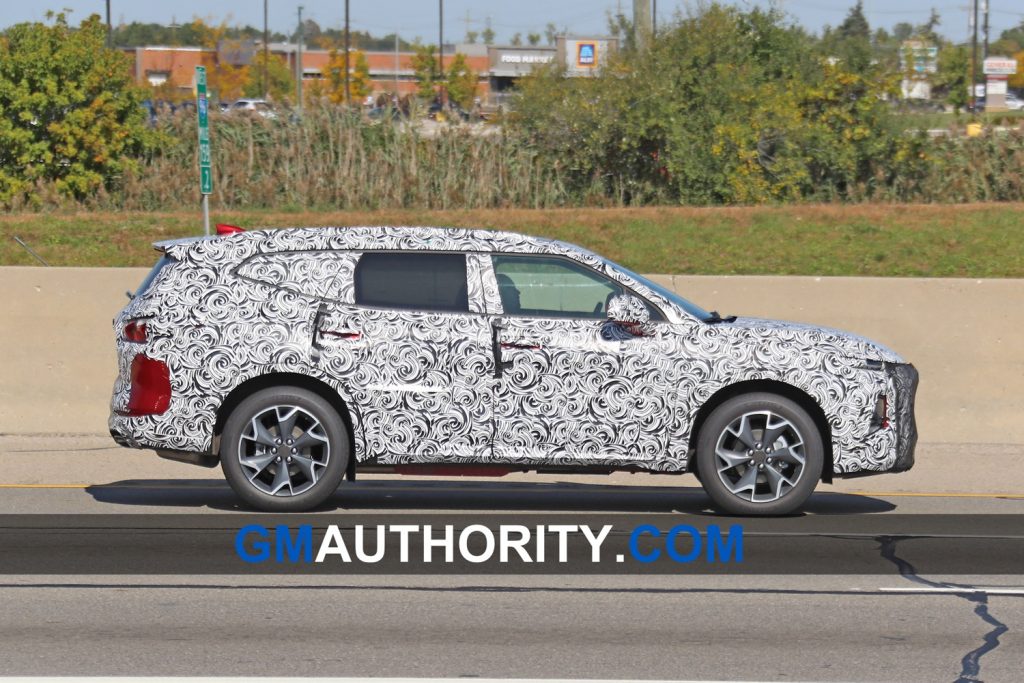 In addition, the three-row Chevrolet Blazer is to be offered exclusively with the turbocharged 2.0L inline-four LSY engine in China, and not with the naturally aspirated 3.6L V6 LGX that’s optional in the 2020 Blazer. The GM nine-speed automatic transmission will continue to handle the cog swaps. 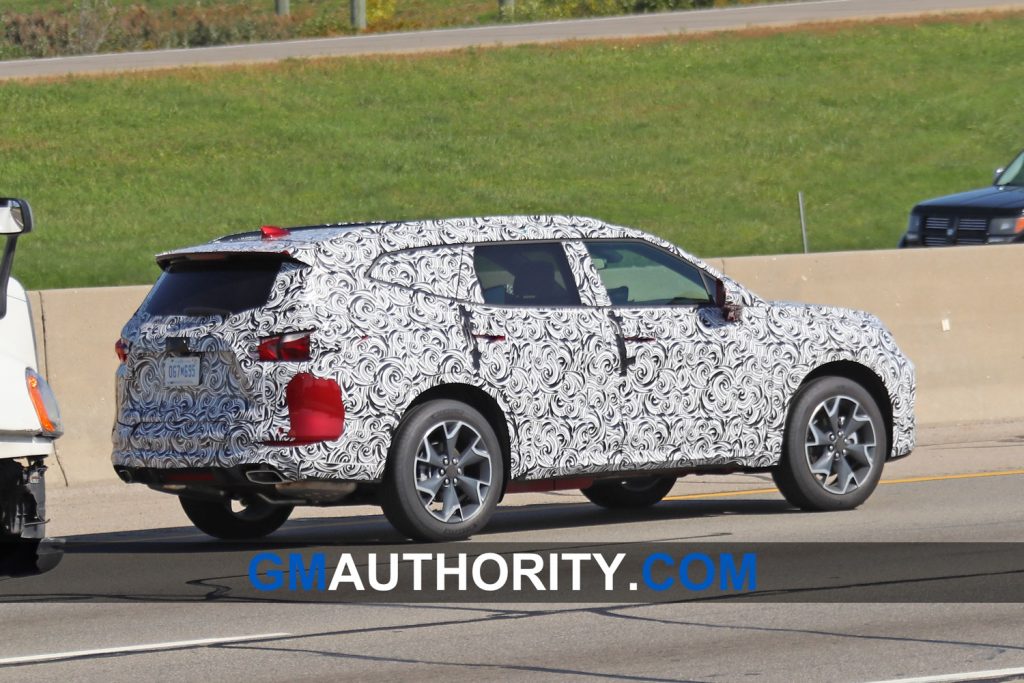 We expect that the larger Blazer will accommodate either six or seven passengers, depending on the configuration of the second row (bench or captain’s chairs). A 196.9-inch overall length will allow the addition of the third row on a wheelbase measuring 112.9 inches. That puts it right between the two-row Blazer’s 191.4-inch length and the 204.3 inches of the full-size Traverse.

Also take note of the wheels seen on this tester. They appear to be the Dark Android machined-face aluminum units found on the current, U.S.-market Blazer RS (RPO Code SP4). 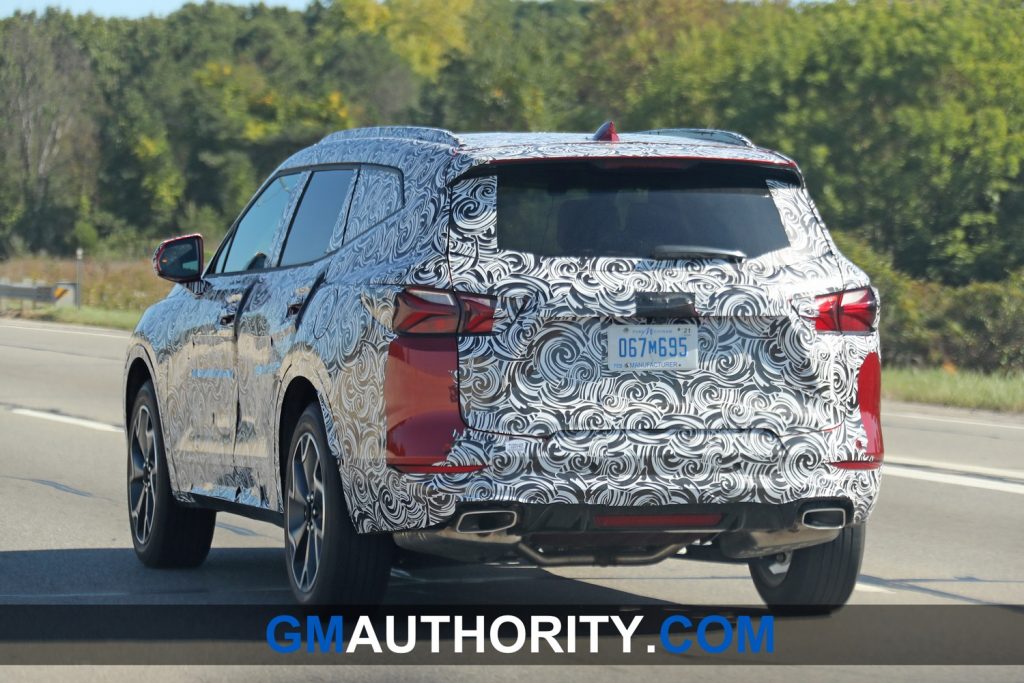 Expect the three-row Chevrolet Blazer XL to debut in the near future at a Chinese auto show or special event, and to go on sale in the first half of the 2020 calendar year.