General Motors has fired three Flint Assembly UAW workers accused of making threats of violence and engaging in violence during the 40-day strike against the automaker.

According to an anonymous source that spoke to the Detroit Free Press, the workers were fired over “bomb threats and threats of actual violence” made on the UAW picket line. These acts were a “clear violation of company policy,” the source indicated.

A GM spokesperson confirmed the reports, saying they can confirm the employees that engaged in the threats and acts of violence “have been dismissed from Flint Assembly due to violations of company policy.”

“Our team members play a critical role in our success, and the new four-year labor agreement recognizes those important contributions with an industry-leading wage and benefit package,” the spokesperson added. “As we restart operations, we are moving forward as one team and staying focused on our priorities of safety and building high-quality vehicles for our customers.”

A Facebook post made by one of the workers said GM was “sneaking in scabs” to run the assembly line, which is slang for a strikebreaking worker. They then encouraged UAW members to stop GM by bringing in “ball bats, numb chicks (sic) and night sticks,” saying it’s “time to get some national headlines coverage and turn the tables on [GM CEO] Mary Barra.”

The Flint UAW local is allegedly working with the fired workers to file a grievance against GM in an effort to get their jobs back. The nearly 4,800 unionized workers at Flint Assembly, which builds the Chevrolet Silverado HD and GMC Sierra HD, are represented by UAW Local 598. 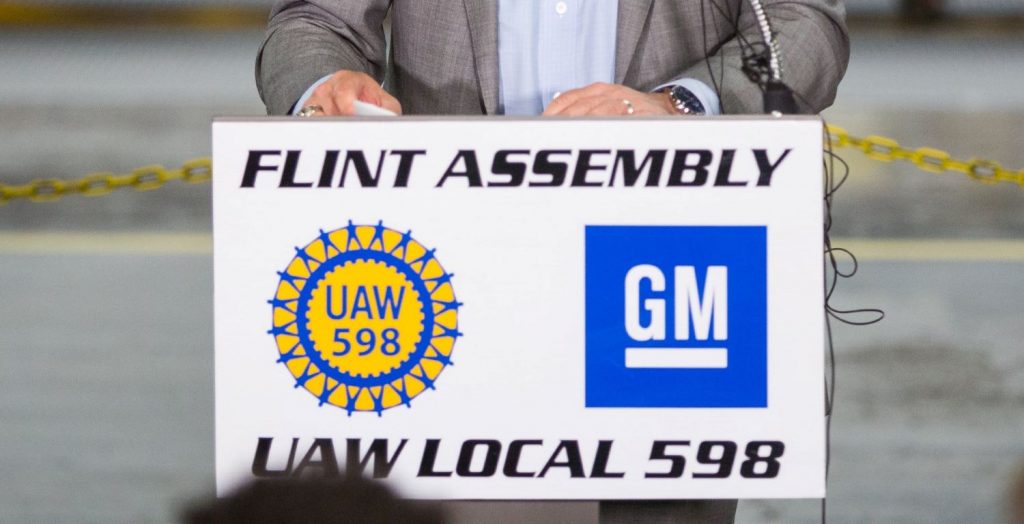 Flint Assembly wasn’t the only GM plant where UAW workers engaged in criminal acts. At its Spring Hill Assembly plant in Tennessee, nine people were arrested for blocking the entrance to the plant in an attempt to prevent other GM employees from entering it, while a tenth was arrested for trying to drive a vehicle through the plant entrance.

A UAW worker was later hit and killed by a car while picketing on an overpass near the plant. GM had filed a motion with Tennessee courts to bar the UAW from picketing near the entrance, drawing workers to the overpass. The UAW was also picketing in a lower traffic area near Spring Hill, but was concerned that road traffic could not see the picket. In a statement, GM said it was forced to file the legal motion as “dialogue failed to stop the incidents of harassment, violence and vandalism,” by certain Spring Hill UAW members.

The union narrowly voted to pass the proposed national agreement last week, with workers returning to their respective job sites this past Monday, ending the strike.