After twelve months of full coverage by GM Authority, General Motors has officially revealed the all-new “midsize plus” Buick Enclave in China. The all-new utility, which transforms the Enclave nameplate into a family composed of two different models, introduces a new direction for Buick design while also presenting a state-of-the-art cabin with newfound space optimizations.

As revealed by the leak in August, the front end of the all-new Buick Enclave introduces a new interpretation of the brand’s grille, which features a shield format with horizontal slats while being demarcated by two “wings” that extend from the logo to below the daytime running lights at the edges of the front end. The headlights are separated by the DRLs in the upper half, which take on the shape of a “wing” or “boomerang”, as well as the main matrix LED light module in the lower half of the light, giving the vehicle a distinctive appearance. The rather flat roofline joins forces with the integrated tailgate spoiler to give the body of the new Buick Enclave a cohesive look, making it appear thinner than it actually is, while also improving its aerodynamic properties. Meanwhile, the rear part of the utility vehicle includes a three-dimensional chrome strip that connects the taillights, giving it a dose of elegance. Although we already knew how the new Chinese-market Buick Enclave would look like for the past several months, this is the first time we have seen photos of the cabin. The cockpit of the new midsize-plus utility features an asymmetric design that highlights the central multimedia screen. The center stack features a combination of touch controls and physical knobs and buttons to control the vehicles infotainment and HVAC functions. A noteworthy part of the cabin is the gear selection mechanism, which is controlled via buttons. Though somewhat similar to the seen in the all-new 2020 Chevrolet Corvette implementation of the GM Electronic Precision Shift technology is unique. The implementation in the new Enclave delivers ample storage space in the center console, and Buick says that it also delivers safer shifting and improvements in NVH. In terms of space, the new Buick Enclave has a unique three-row arrangement with seven seats in the 2 – 3 – 2 configuration. The vehicle also features over 40 storage locations that widely meet the travel needs of an entire family. Although it hasn’t been officially announced, we already know that the all-new Buick Enclave for the Chinese market will be equipped exclusively with the turbocharged 2.0L LSY engine that makes 233 horsepower. The boosted four will be mated to the new GM 9-speed automatic transmission. The midsize-plus Enclave will go on sale by the end of the 2019 calendar year in China as a vital model for GM, as it will allow the Tri Shield brand to capitalize on the market’s growing demand for crossover utility vehicles. The new model will be Buick’s largest crossover in China, since the full-size Enclave sold in North America is not marketed in Asia.

It’s currently unclear whether this new midsize-plus Buick Enclave will make its way to North America, though it does not appear to be the case as of this writing. 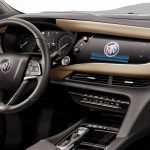 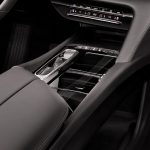 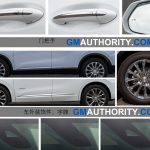 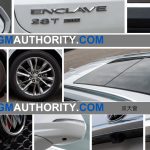 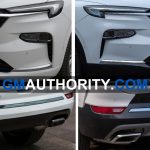 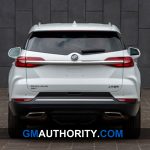 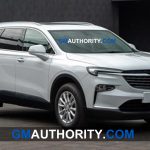