Flashy cars are nothing new on social media, with apps like Instagram being overloaded with heavily saturated, highly edited images showing pristine builds. It’s almost enough to desensitize car enthusiasts when they see something truly spectacular. Almost. This image from our Facebook feed really caught our eyes, and for more reasons than one.

It’s a Shelby Cobra, and a very pretty one at that. It looks resplendent with a dark gray metallic finish as well as black and orange trim. The large three-piece BBS wheels feature gloss back barrels and faces that are color-matched to the Cobra. The obligatory side pipes are there, too, which have been coated flat black, tying into the theme. There’s also a giant Whipple blower sticking out of the hood, and, speaking of hoods, unlike almost every other Cobra in existence, this one has a custom hardtop, which looks bonkers. 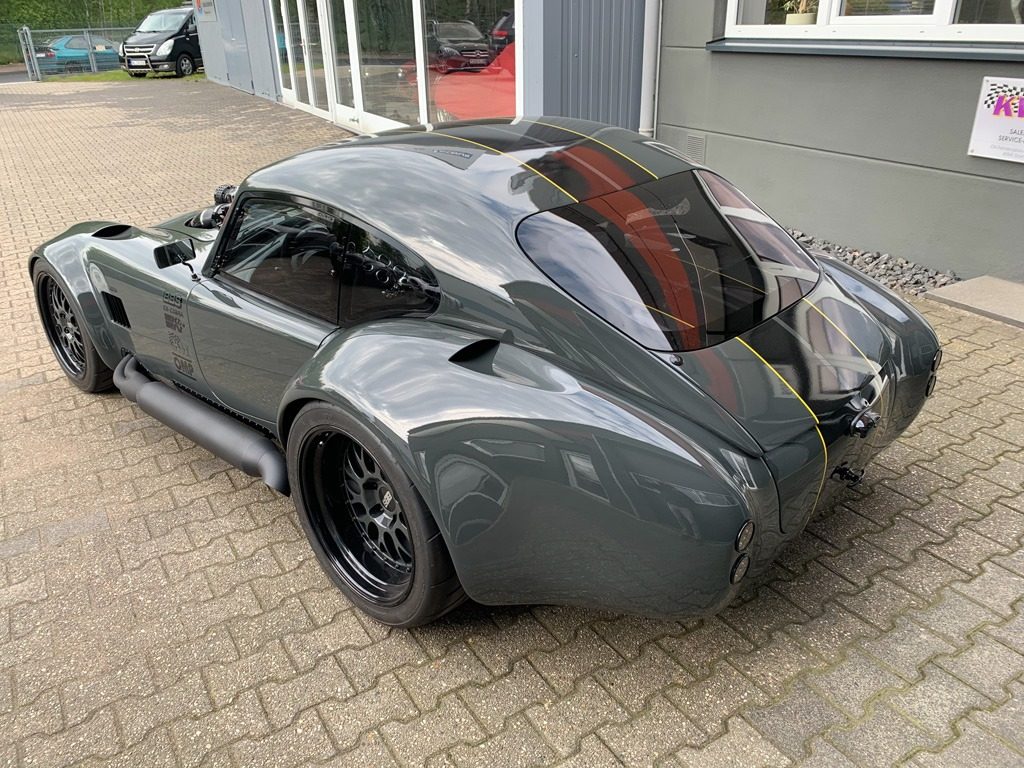 Unfortunately, there was no real information attached to this series of images, but with some digging, we got the scoop on this Cobra. It turns out that those aren’t just German vanity plates, since this Cobra is indeed located in Germany. It’s affiliated with German tuning firm CN Fahrzeugbau, which appears to focus on preparing various American-based sports cars such as the Chevrolet Camaro into track-day-dominating road racing machines. 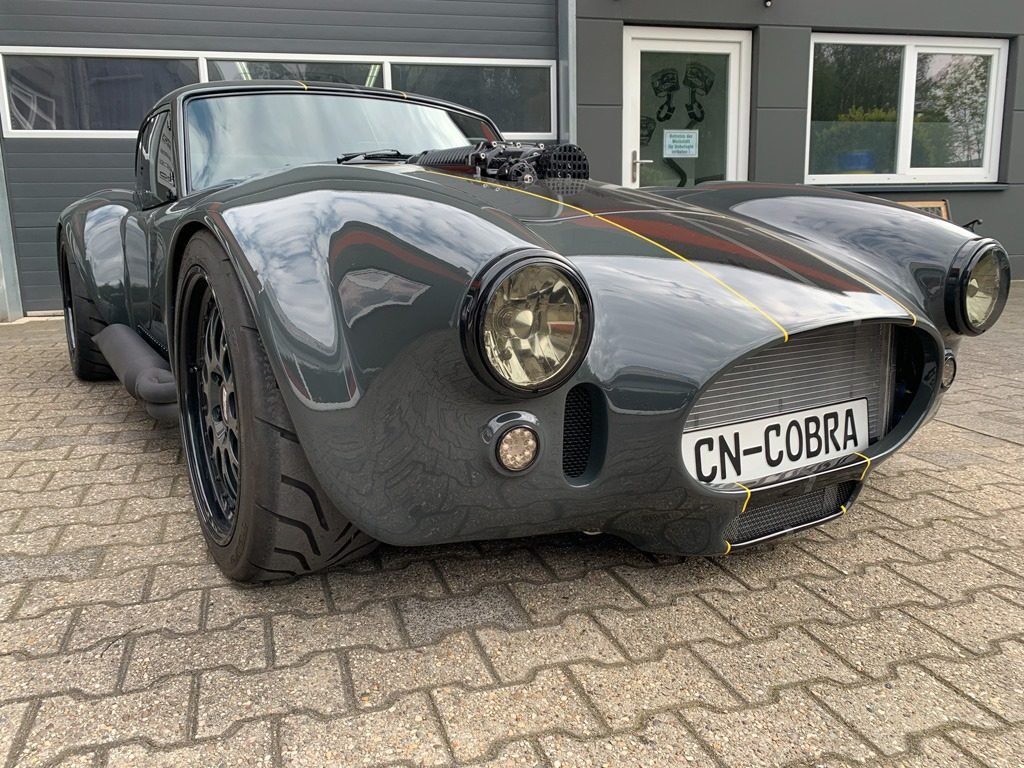 While there are several companies across the globe that produce and sell recreation and continuation examples of the Shelby Cobra, it appears that CN Fahrzeugbau is the premiere option in Germany. The cars can be configured and built from the ground up with many different options, among which is the choice between a fiberglass or carbon composite body shell. Then, seeing as this company is focused on motorsports, such as Historic Cup Austria, German Touring Car Cup and Specialty Touring Car Trophy, the brand offers a lot of race-ready upgrades, like BMW-derived Drexler clutch-type limited-slip diff, adjustable racing traction control, a customized Tremec TR-6060 transmission with shorter gearing, and Öhlins race shocks, among other goodies. 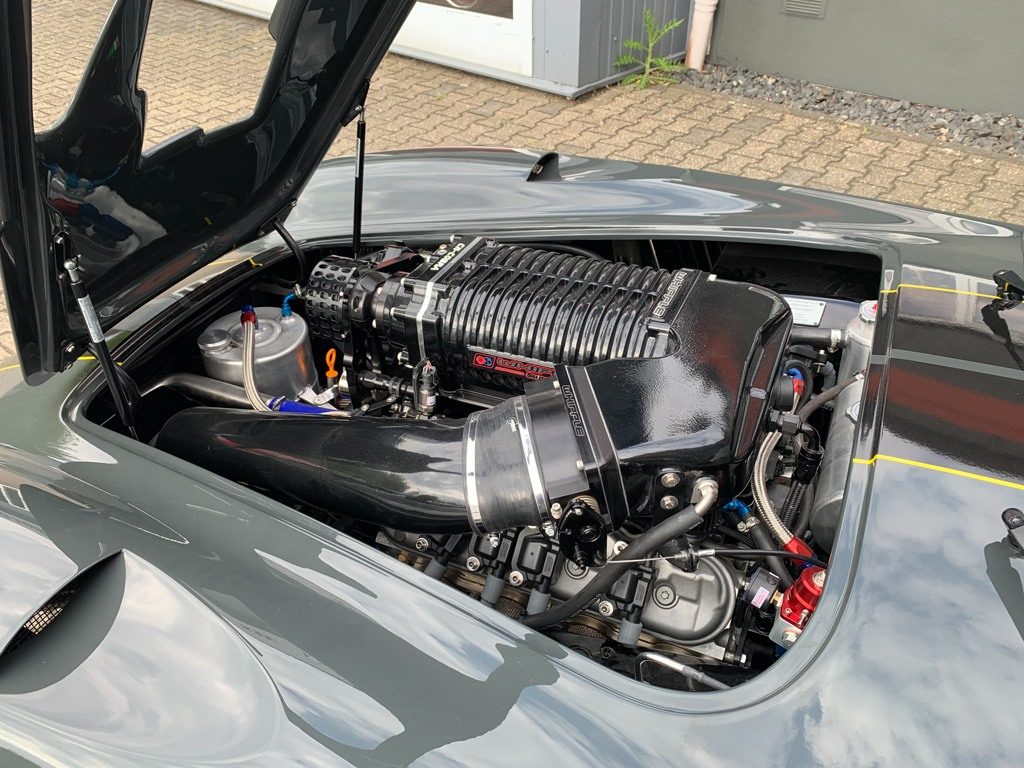 CN Fahrzeugbau’s work seems to focus on LS-powered Cobras, with everything from the 6.2L LS3 engines to the 7.0L LS7, with superchargers added when requested, like this example. According to its website, this particular example appears to be a customized “RS6 Cobra,” their highest-powered option. That means it features the aforementioned Whipple-charged LS3 engine. CN Fahrzeugbau claims this setup is good for 900 horsepower and 797 pound-feet of torque. However, the Shelby Cobra seen in these pictures actually features a larger-displacement blower, which is good for a claimed 1,200 horsepower. 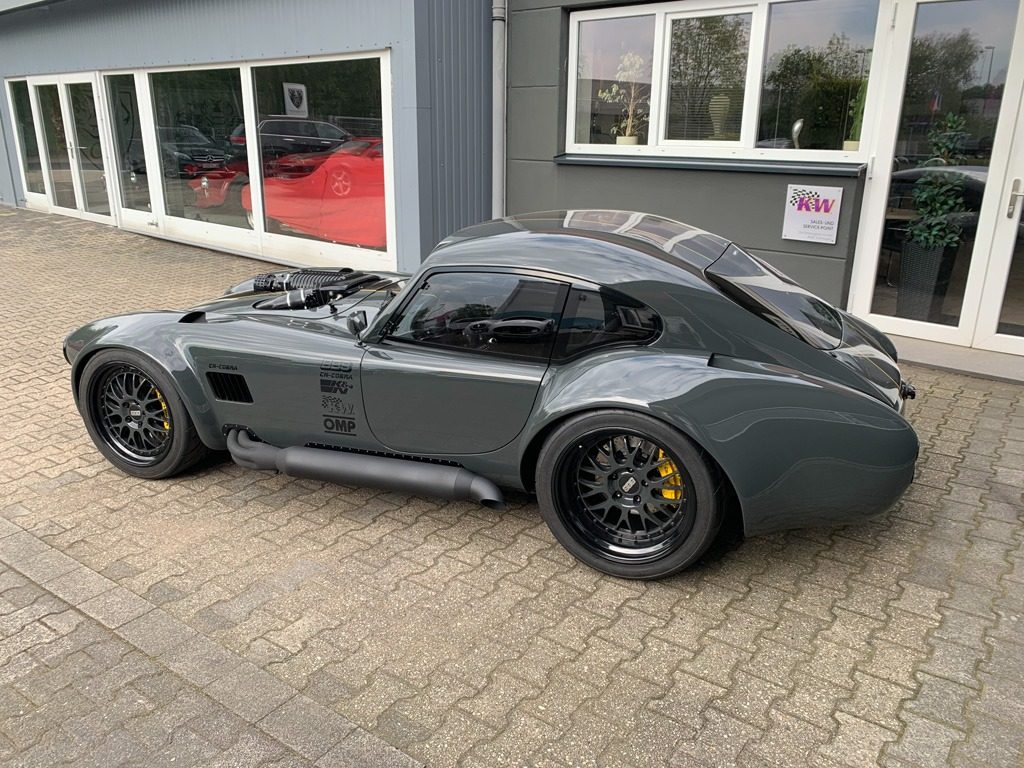 Like what you see? Then subscribe to GM Authority for more Chevrolet news and 24/7 GM news coverage.