Mecum Auctions is gearing up for their latest event, which is taking place in Chicago from October 24th to the 26th, and the list of vehicles hitting the auction block is seriously impressive. One vehicle that particularly caught our eye is this 1957 Chevrolet Corvette C1, which features a brilliant Glasurit White paint job, paired with Royal Blue racing stripes and a Royal Blue interior to match. However, those with a sharp eye will notice that there is more going on with this C1 than just the paint.

This Corvette C1 sits on a custom chassis built by SRIII Motorsports. It’s all part of an eight-year build that ends with serial number 001, which should make it quite the desirable ride for the right buyer. Serial number 001 was originally built in 1990, and, thus, features the finest combination of General Motors performance parts available from that era. 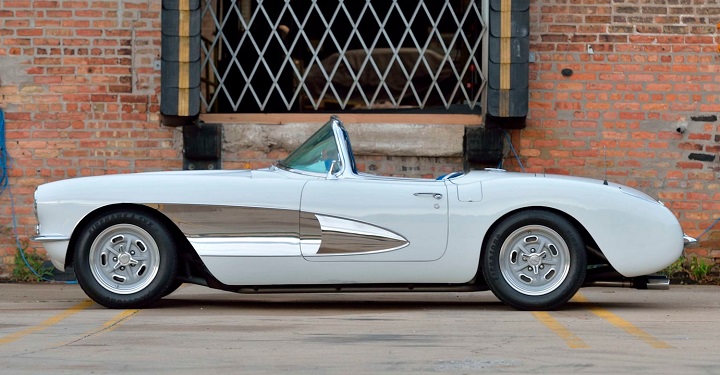 That tube-frame chassis is not only hundreds of pounds lighter than the standard C1 frame, but offers a great amount of configurability and customization. This particular build features the steering, suspension, disc brakes and driveline from a Corvette C4, which should make it a fine-handling machine. 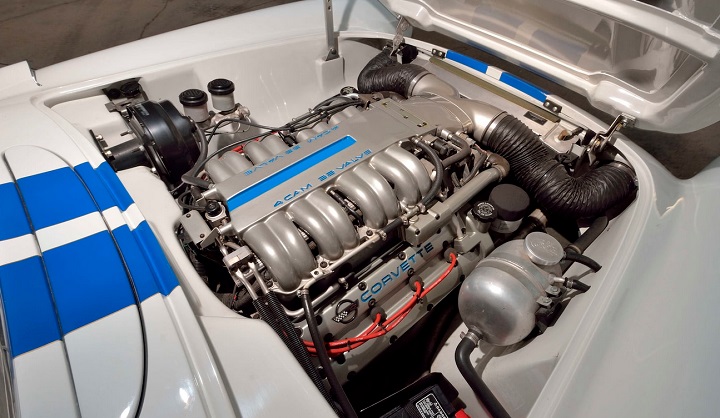 Unlike many Chevrolet-based hot rods and restomods seen today, the LS small-block V8 engine was not available back in 1990, so SRIII Motorsports took a different direction with this Corvette C1. They instead opted for the most potent Corvette powertrain available at the time, the 5.7-liter dual-overhead-cam LT5 engine from the 1990 Corvette ZR-1. The high-revving powerplant was good for 375 horsepower, a scarcely believable figure back then. From there, a set of Lingenfelter headers, a custom air intake and a 2.5-inch dual exhaust system help the LT5 breathe a bit easier. This restomod also features the ZR-1’s six-speed ZF manual transmission and Dana 44 rear end with 3.73 ratio. 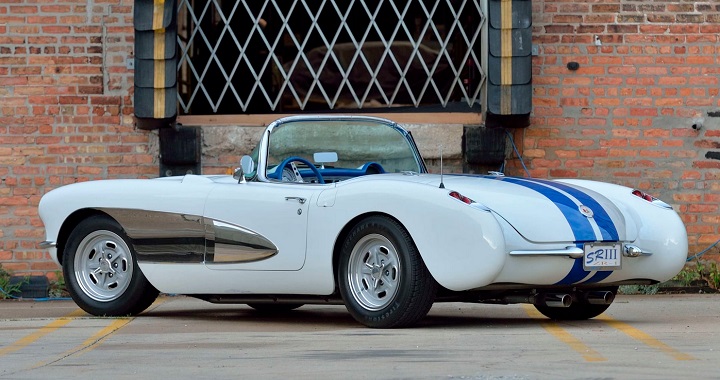 This Corvette C1 has won multiple awards, and appeared in a few magazines, including the cover spot on the February 2005 issue of Vette Magazine. It’s an interesting ride that has piqued the interest of bidders. Mecum isn’t offering any estimates on what this ’57 could sell for, but, instead, has it marked as a “Main Attraction” auction, which means it will take six figures for this Corvette to trade hands.