You may think you have seen every possible Chevrolet LS engine swap and to be honest, we did too, but Popular Mechanics recently highlighted a custom, LS-powered build that is really just something else.

The publication spoke to Gary Cheney about his 2001 Reynard CART chassis, which is powered by a 6.2-liter LS3 V8 engine. Cheney bought the road course chassis without an engine off of eBay for $13,500 and promptly set to work on finding a cost-effective motor to drop into it. He settled for the LS3—but making that decision was the easy part. He then had to modify the 35-gallon fuel cell to make room for the motor, which was four inches longer than the turbocharged 3.5-liter Toyota motor that originally equipped the car. Clearing room in the engine bay for the LS3 also required shaving some metal off of the transaxle and lengthening the wheelbase. 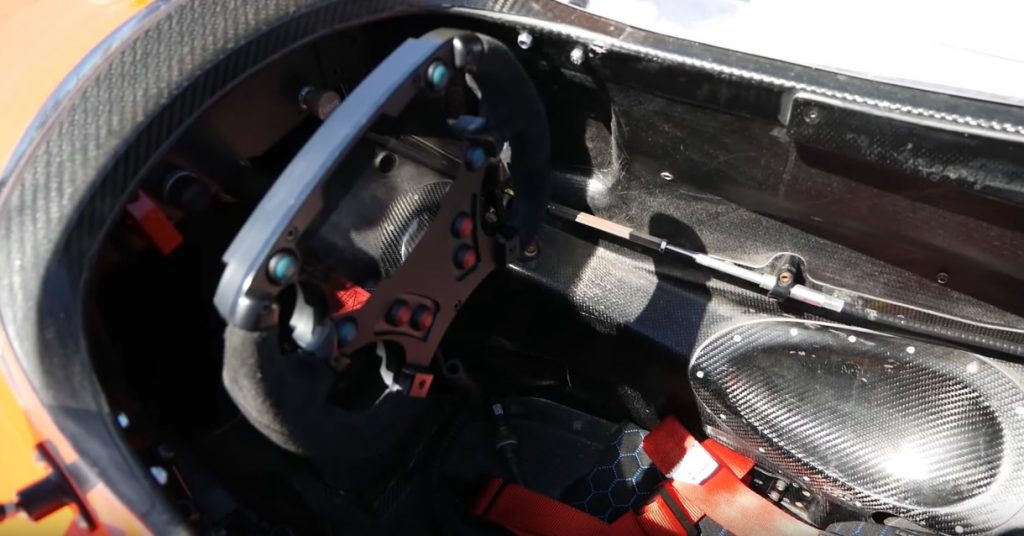 The engine in an open-wheel car such as this is a stressed part of the chassis and an LS3 obviously isn’t designed for it, so Cheney also had to get a custom frame for the motor made. From there, he bolted on an adapter plate for the transaxle and called up an Indy supplier to get him a flywheel and a starter motor. Oh yeah—he wanted his mad creation to be street legal as well, so he wired up auxiliary headlights and taillights and configured the buttons on the steering wheel to control them. Thicker sidewall Mickey Thompson tires and a replica Visteon livery painted by Andretti Autosport completed the package.

“The turning circle is really wide and the pedal box is so narrow that I have to wear my ballerina shoes,” Cheney told Popular Mechanics. “When you first get into one of these cars, it feels barbaric. But then within a few minutes you start to fuse with it and it feels natural. You just think and it turns.”

“This car has been my dream since I was a kid,” he added. “I always wondered whether you could put a Chevy V8 in an IndyCar and drive it on the street. And now here I am doing it.”

Cheney actually drives his LS3-powered open-wheel car on the street, too—with YouTube channel Boston Auto Blog filming the car parked at a public automotive meet this past summer. Check it out in the video below for some footage of the car parked and you can also Popular Mechanics article for some additional information on the build and more photos.