While the new 2020 Chevrolet Corvette C8 seems to be getting the lion’s share of attention these days, the C7 is still out there doing big things, as evidenced by this manual Z06 that managed to tear down the quarter-mile with a time of 9.96 seconds at 144 mph.

Although the video clocks in at just 20 seconds start to finish, rest assured there’s still loads of action to be had. The Chevrolet Corvette in question is staged in the left lane, draped in black and looking exceptionally menacing. The look is appropriate given the firepower under the hood, and the rectangular rear end boasts an equally appropriate license plate that reads “EVLZ06.” 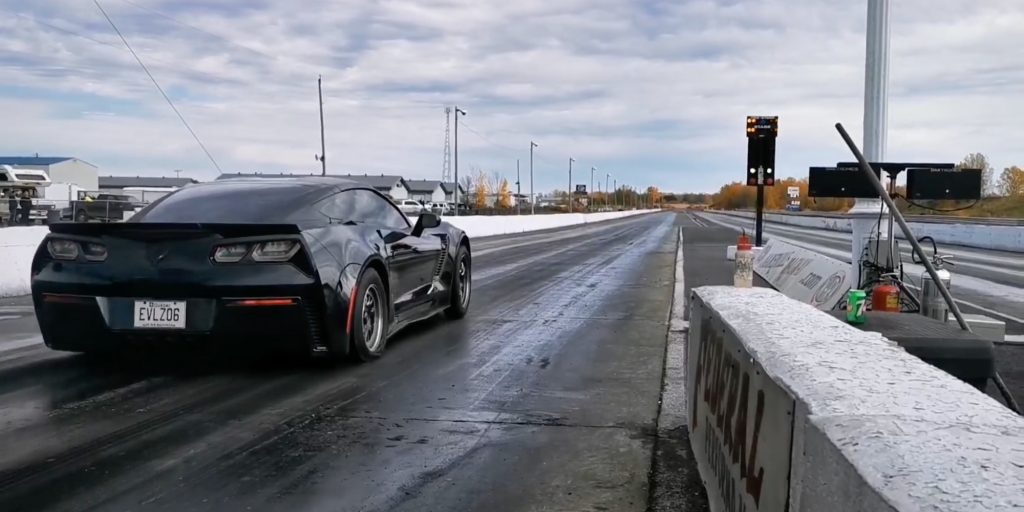 Evil, indeed. As soon as the driver is staged, the tree gives a three-light countdown, at which time the driver floors it, with flames shooting out the four center exhaust pipes in the back.

From there on out, the Chevrolet Corvette C7 simply squats and goes, careening towards the horizon at a terrifying rate. The end result is a 9.96 at 144 mph, not to mention a loss for the Dodge Viper in the opposing lane. 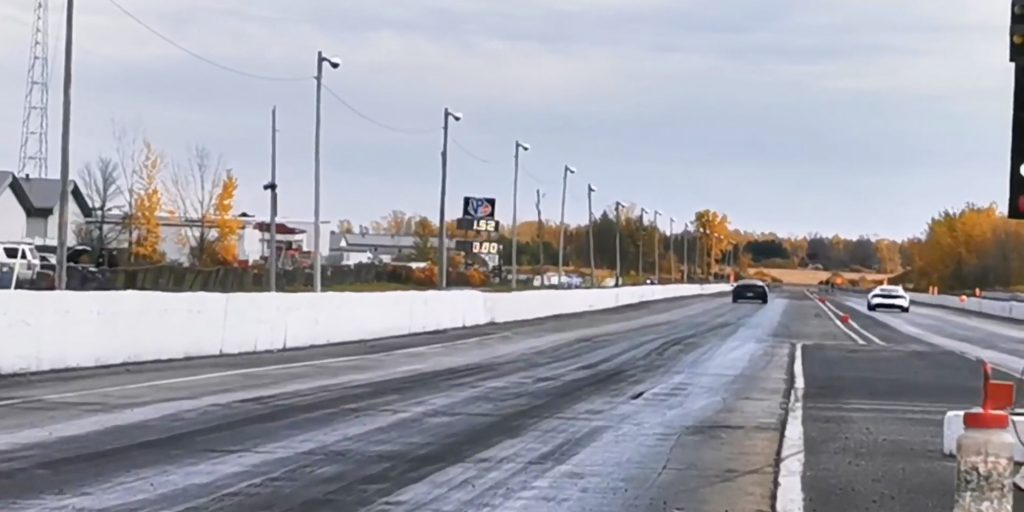 Hopefully, the owner will continue to improve on their times. According to a comment posted by user EVL Z06, this particular Chevrolet Corvette is equipped with a Vengeance Racing Stage 3 kit, to which the owner added an Alkycontrol methanol injection kit, Kong Performance ported supercharger, and various cooling mods as well.

For reference, the standard Chevrolet Corvette C7 is equipped with the supercharged and intercooled 6.2L LT4 V8 engine, which is tuned to produce 650 horsepower and 650 pound-feet of torque. All that power is routed to the rear wheels through either the Tremec TR-6070 seven-speed manual transmission, or the GM 8L90 eight-speed automatic. 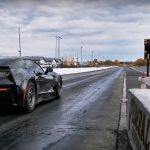 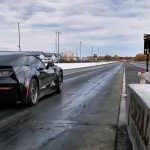 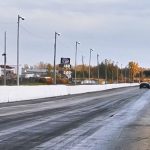