The C4-generation Corvette ZR-1 was always an uncommon sports car, as it eschewed the conventional pushrod engine for a Lotus-derived, dual-overhead-cam 32-valve V8. This 1993 Corvette ZR-1 was good for 405 horsepower, which made it one of the fastest vehicles on the road in its day.

Of course, building a bespoke, high-output, low-volume engine for the ZR-1 was a costly endeavor, and resulted in the ZR-1 having a base price of $66,278, compared to $34,595 for a contemporary base-model Corvette, according to NADA, in 1993.

The price premium and resulting low sales volume meant that the C4 ZR-1 was destined to be a rare and desirable car, and this particular example, which was recently donated to the National Corvette Museum, is one of the rarest of them all.

The 1993 Corvette ZR-1 was donated to the NCM by a Corvette lifer who currently owns several other examples of the sports car, and is a member of the museum. The donor, a decorated military veteran who wished to remain anonymous, wanted to see the car carry on because of his respect for the vehicle. Unfortunately, the donor is no longer able to enjoy the manual transmission-equipped ZR-1 due to a leg amputation as a result of being hit by an IED. Of the ZR-1, the donor said “you can do whatever you want with it, but when I drop it off, it’s like I had it so it’s now a piece of my history, too.”

The 1993 Corvette ZR-1 is painted in Black Rose Metallic, an option seldom selected over the standard black color. The rose metallic means that the paint has a striking purple, almost red wine-tinted hue to it that comes out in the sunlight. Throughout the entire ZR-1 model run, which covers 1990–1995 model years, just 70 examples were made in Black Rose Metallic. According to the donor, “they only made seven like this one,” referring to the 1993 model. 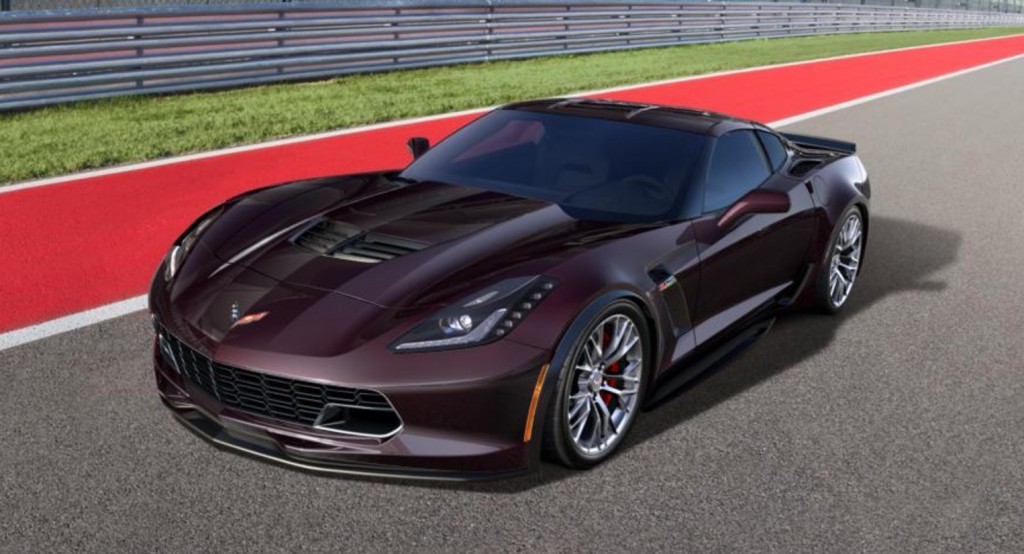 Interestingly, Corvette fans may recall that Chevrolet offered tribute to the color by briefly reintroducing it for the now-outgoing C7-generation Corvette in 2017 and 2018. The color ended up being just as rare as it was with the C4. It is possible that we will be talking about C7 units in Black Rose Metallic in the same nostalgic light some 20 years from now.