Chevrolet pulled the veil from the 2020 Corvette Convertible during a special event at the Kennedy Space Center this week, but for motorsports fans, the more important news item was the debut of the Corvette C8.R race car.

The Corvette C8.R replaces the front-engine Corvette C7.R and will make its competition debut in the 2020 Rolex 24 at Daytona. Notably, the car debuted in a new silver livery that was inspired by the color of iconic Corvette concepts such as the 1973 Chevrolet Aerovette and the 1959 Corvette Stingray Racer. Corvette Racing diehards may have been disappointed over the absence of the Velocity Yellow paint scheme, but the team hasn’t abandoned its official team colors entirely.

While the No. 4 Corvette C8.R will wear a silver and yellow livery, the No. 3 entry will retain the recognizable Velocity Yellow scheme. In a release, the team said the No. 3 will “feature a traditional yellow color scheme with silver accents that continues the lineage of the successful GTLM racing Corvettes of the past 20 years.” It sounds as though the No. 3 car’s paint will be an inverse of the No. 4 car’s, with silver racing stripes and a majority yellow body.

It makes sense for Chevy to introduce a different paint scheme for the Corvette C8.R, seeing as the car is already a major departure from the front-engine C5-R, C6.R and C7.R race cars that preceded it. For fans, this will make the two cars easier to tell apart on track as well.

This wouldn’t be the first time Corvette Racing has run a livery that wasn’t yellow, mind you. It ran black and silver GM Goodwrench livery on the Corvette C5-R in 1999, while a red, silver and dark blue paint scheme appeared on the C5-R in 2004 as a homage to the 2004 Corvette C5 Commemorative Edition. Don’t forget the silver, red and black Redline livery that appeared on the car at the FIA WEC 6 Hours of Shanghai in 2018, either. 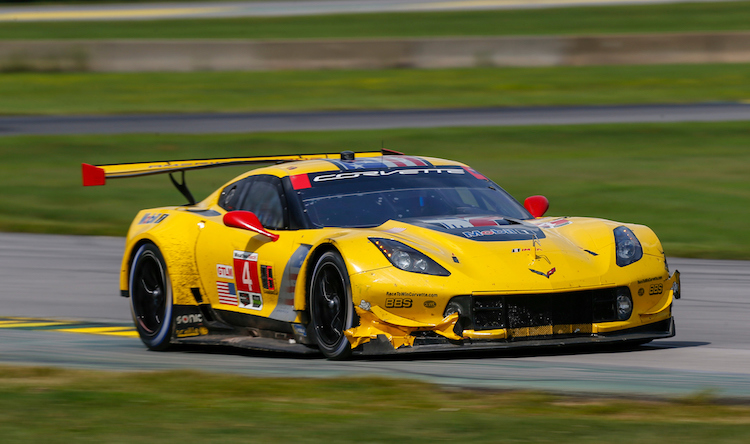 Corvette Racing is also set to run a new driver lineup for 2020, it is believed. A recent report indicated Corvette Racing stalwart and fan-favorite Jan Magnussen will take a step back from the team in order to make room for young American racing star Jordan Taylor in the No. 3 car. General Motors has yet to confirm the report, however.