Drag racing has seen a massive revitalization in the last decade as different events, and event formats have been created, bringing people to the strip. One of those events is Hot Rod Drag Week, organized by the titular Hot Rod Magazine. The six-day event has five separate race days. Between them are hundreds of on-road miles where competitors have to drive their rides from event to event. There are no trailer queens at Drag Week, at least not for those who want to win.

One of the event’s top dogs is Mark Urban and his 1969 Camaro. This steel-bodied beast has run a 7.68 in the quarter, with trap speeds in excess of 180 mph, so it’s one serious machine. Even in Drag Week trim, where drivers sometimes dial it back a touch to keep things reliable, Urban is seen laying down multiple seven-second passes. 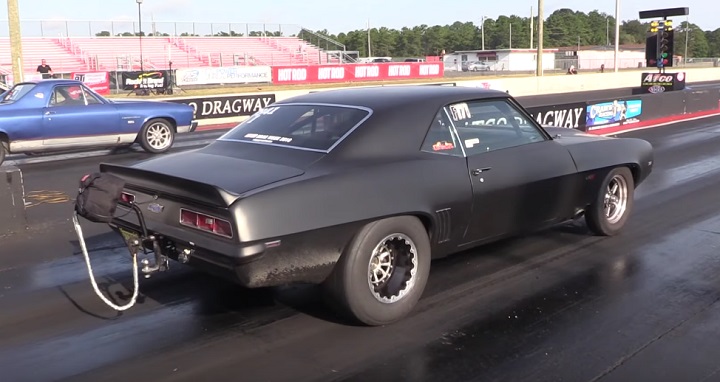 The secret to this 1969 Camaro isn’t so secret, as Urban told Jesse Kleiber – known on YouTube as BigKleib34 – all about this super Chevy on the last day of Drag Week at Virginia Motorsports Park.

Under the hood is a 427-cubic-inch (7.0L) LSX. If that weren’t enough, the beastly LSX is then twin-turbocharged with a pair of Borg-Warners sitting on either side of the engine. It sounds racey, but Urban is the first to admit that there is some DIY home-brew stuff happening here. For example, he’s running a “China” air-to-air intercooler, and the exhaust manifolds are actually stock Corvette manifolds cut and chopped to accept the turbos. It sends power to the rear wheels via a two-speed Powerglide transmission with 3.25 rear end gears. 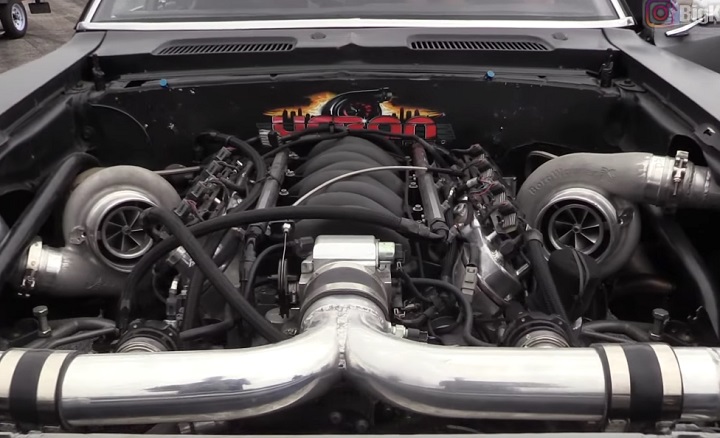 Urban says his 1969 Camaro weighed in at 3,460 pounds, and that it’s an all-steel body other than the fiberglass hood. Even so, the mass doesn’t seem to slow the car down whatsoever. Neither does the suspension setup, with a rear leaf spring setup, matched with some fat slicks. 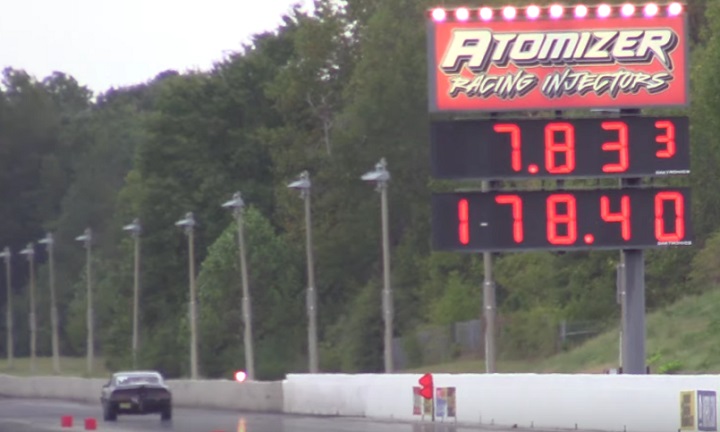 Amusingly, despite the 1969 Camaro putting on a show at the strip, it’s proven to be near bulletproof, other the occasional chewed uplifter. However, driving from event to event is where things get interesting. To try and smooth things out, Urban has created some of the finest Home Depot-certified performance parts, including a DIY intake for the turbos made out of gutter piping, and a similar solution fabricated to replicate side pipes, which are v-banded in place, thereby tempering the exhaust note and making the car bearable on these hundred-plus mile slogs between events.

Urban said this solution worked for about one event before the drone became too unbearable, so he removed them and just wore earplugs on the road. 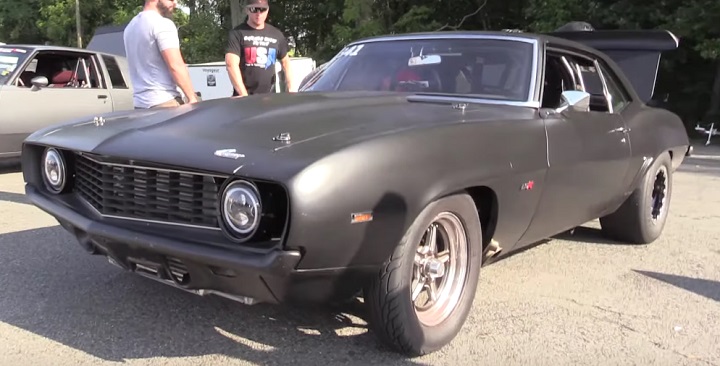 Urban has big plans for next year’s Drag Week, including upgrades to make the car more usable on the street, including windshield wipers and mufflers. Because other than getting the ’69 Camaro to be a bit better on the road, it has proven to be an absolute missile on the strip.

Check the video of the beastly Camaro just below, and be sure to subscribe to GM Authority for more Camaro news, Chevrolet news and around-the-clock GM news coverage.