Nissan has now showcased refreshed examples of its Nissan Titan pickup for 2020. Among the updates is a notable front-end redesign and more power from its V8 engine, but there is more to it than that. Does this updated model pose a threat to the new-for-2019 Chevrolet Silverado or GMC Sierra? Let’s break it down.

For 2020, the Titan receives an updated version of the existing 5.6L gasoline V8 engine, which is now good for 400 horsepower and 413 pound-feet of torque. That engine, used in both the Titan and the heavy-duty Titan XD, is now paired to a new nine-speed automatic transmission. 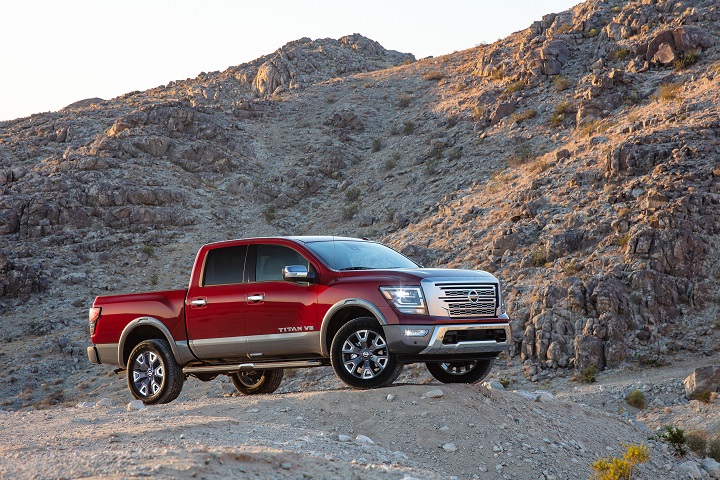 Curiously, Nissan has not yet announced fuel economy figures or towing capacity numbers, the latter of which has been a sore spot for the Titan, which is worst in its class. The Silverado 1500 Crew Cab with 4WD and the L82 5.3L EcoTec3 V8 can outpull a comparable 2019 Titan, 9,500 pounds to 9,240, despite having a smaller, less powerful engine. As for fuel economy, the Nissan’s V8 boasts a combined city/highway average of 18 MPG in 4WD models, while GM’s L82 EcoTec3 manages 17 MPG and the L84 5.3L V8 with Dynamic Fuel Management also reaches 18 MPG.

No new changes have been announced for the optional diesel powertrain, which is currently exclusive to the heavy-duty Titan XD. However, several reports on the web confirm that Nissan is dropping its diesel engine for 2020, leaving the 5.6L gasoline V8 as the only powertrain across the board. The Cummins diesel offering is way behind what is on offer from General Motors, with 310 horsepower and 555 pound-feet of torque. 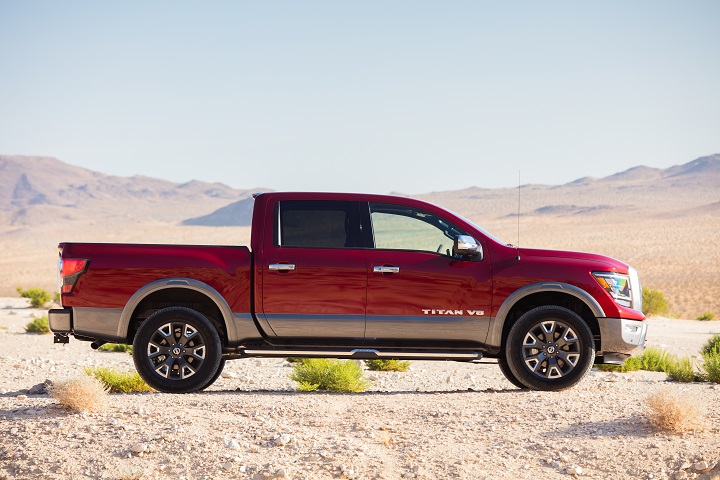 A mild visual upgrade with new headlights, taillights, bumpers, grille, and wheel options is also part of the refresh, as is the inclusion of Nissan’s suite of safety tech, Nissan Safety Shield 360, as standard equipment. Most of the features in that package, like rear cross traffic alert, blind spot monitoring and lane keep assist, are still optional extras for Silverado and Sierra.

This refresh should breathe some amount of life into the Titan, a model whose sales are currently worst in the segment by a substantial margin. GM Authority has previously reported on pickup truck sales for Q2 2019 and the results were absolutely dismal for the Titan, covering less than 1.5 percent of all new truck sales. For perspective, Silverado and Sierra accounted for more than 31 percent of new truck sales in the same quarter.