Garrett – Advancing Motion has something special lined up for SEMA this year. The curvaceous black-and-white beauty featured here is a 2015 Lamborghini Huracán, which was rebuilt from the ground up with a twin-turbo LS engine swap and a manual transmission! With plans to make four figures at the rear wheels and a star-spangled soundtrack shooting out the exhaust pipes, this is one Raging Bull we can definitely get behind.

Created by YouTube personality Chris Steinbacher from the B is for Build YouTube channel, the car was originally a Lambo Huracán LP610-4 that was modified with an aftermarket turbocharger kit. As it so happens, the turbo kit had a fuel pressure regulator failure and the whole thing promptly burned to the ground. But that’s where Garrett – Advancing Motion and Steinbacher stepped in with plans to rebuild the car with a twin-turbo LS engine swap. 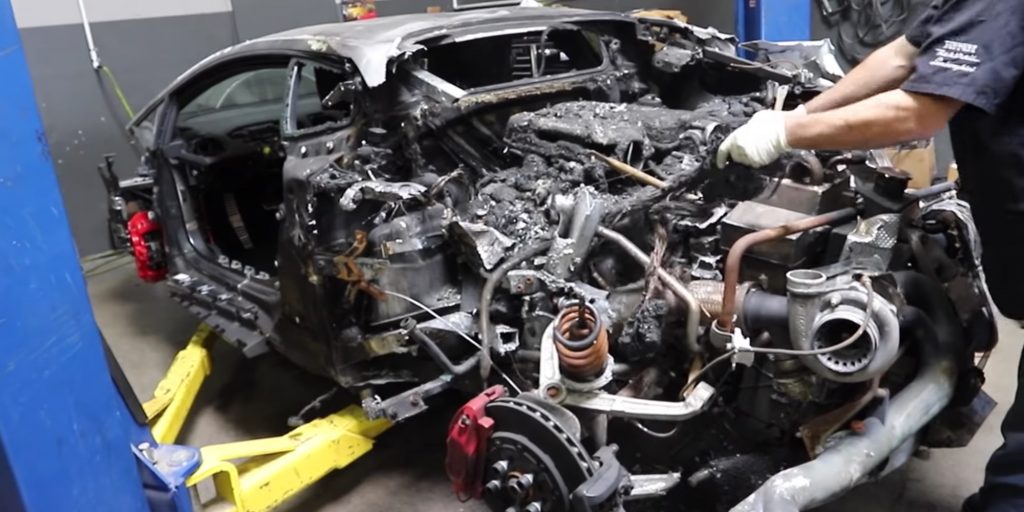 Quite frankly, it’s nuts to see this thing come together, and hugely impressive that the builders actually managed to make the double-boosted LS engine work at all in the Italian shell. We guess “LS swap all the things” is more than just a meme for some folks. What’s more, the builders are billing their creation as the only Lamborghini Huracán in the world with a manual transmission.

As for the engine, it’s a 430-cubic-inch (7.0L) V8 built by Texas Speed and Performance, which breathes through a pair of Garrett GTX3582R Gen II turbochargers. The plan is to make 1,000 horsepower from the setup. Meanwhile, the row-your-own transmission is a Graziano unit from an Audi R8, which exclusively feeds the rear wheels.

The exterior was modified with carbon fiber panels from a Huracán Super Trofeo, with the aesthetic based on a Khyzyl Saleem design.

See the B is for Build folks pick up the toasted shell in the following video:

This LS engine-swap Lambo is already lining up to drop some jaws when it debuts in Vegas next month, and should impress even in the rarified custom crowd of SEMA. Are you a fan of the build? Let us know your thoughts in the comments section, and make sure to subscribe to GM Authority for 24/7 GM news coverage. 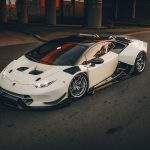 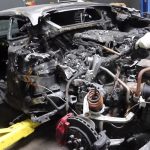 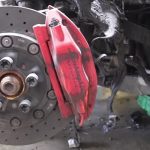