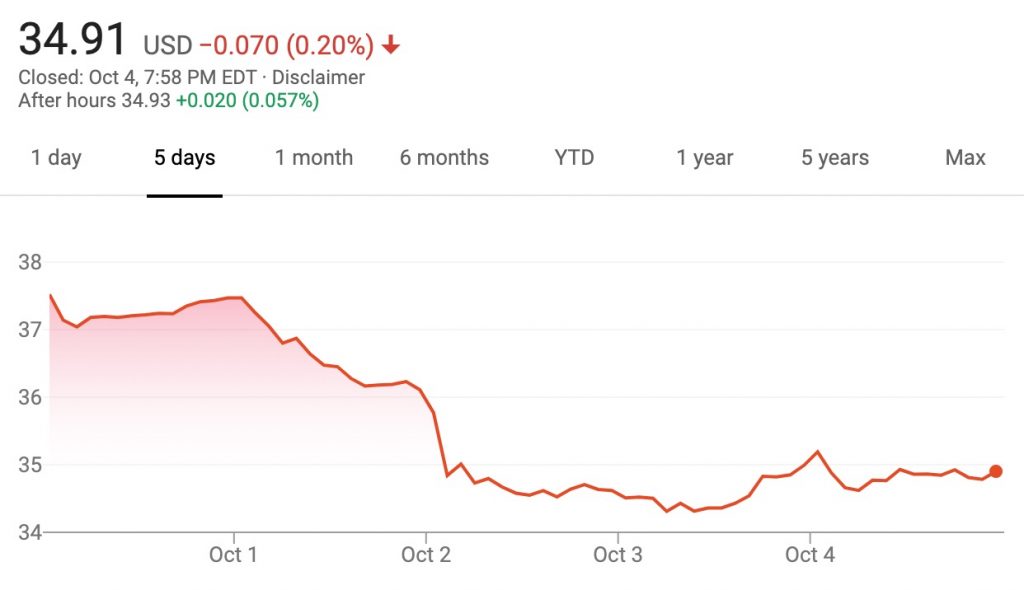 GM stock value has seen ups and downs, though mostly downs, as a result of the UAW strike, which is entering its third week. Prior to that, share values experienced a three-week streak of positive performance. Some had hoped that the increase last week was a sign that GM stock value would continue to climb throughout the rest of 2019 despite current concerns regarding both the strike and, on an even larger scale, the global economy. However, this week’s decline is the largest since the week of August 12th – August 16th.

By comparison, shares of GM’s cross-town rival, the Ford Motor Company, decreased 4 percent, or $0.34 per share, this week.

Over the last few years, GM has taken many steps to increase the value of its stock, including exiting markets where it can’t find ways to turn a profit (such as Europe, South Africa, and India), closing plants in various parts of the world, divesting loss-making divisions (such as Opel-Vauxhall), making adjustments to its business model in order to prioritize profitability over chasing market share goals, focusing on its Cadillac luxury brand to increase its share of high-profit automobiles, investing heavily into new-age mobility ventures such as electric vehicles and autonomous driving tech, while discontinuing some sedans (Cruze, Impala, LaCrosse, XTS) and closing various plants to focus on more profitable crossovers, SUVs, and pickup trucks.

We remain interested in seeing how GM stock performs during the final quarter of 2019, especially as the Detroit-based automaker negotiates with the UAW, launches its GEM-based vehicles for developing markets, completes the roll-out of its full-size pickup trucks, and begins to launch its all-new full-size SUVs and various new Cadillac models. All of these products are expected to contribute significantly to GM’s bottom line.