With contract negotiations between the United Auto Workers union and General Motors still unresolved, it makes sense to take a moment and look back at some of the events that led us to this point. No doubt about it, the closure of the GM Lordstown plant in Ohio was considered one of the major breaking points between General Motors and the United Auto Workers, and contributed in a major way to the ongoing UAW strike. Now, a new documentary will take a closer look at the GM Lordstown plant closure, as previewed in the following two-minute teaser video.

The video features sweeping shots of the sprawling 6.2-million-square-foot GM Lordstown facility, as well as narration from various GM employees affected by its closure. “If the plant was closing because it was unproductive or bleeding the company dry, that would be different,” says one of the narrators. “But that plant is not closing for them reasons.”

The new documentary, titled “Bring It Home,” will chronicle the stories of the hundreds of employees that lost their jobs when the GM Lordstown plant closed down earlier this year. The trailer below captures some of the anger, fear, and frustration surrounding that event, as expressed firsthand by Lordstown employees. “They’re a U.S. company that was saved by U.S. taxpayers,” says another narrator. “They went from on the verge of shutting down to more than $10 billion in profit.”

The GM Lordstown plant was shuttered on March 6th, 53 years after it first opened in 1966. The plant produced some 16 million vehicles during that time, including the Chevrolet Impala, Bel Air, Cobalt, and Cruze.

As for the future of the Ohio plant, it remains to be seen what will happen. Earlier this year, it was reported that the plant could be sold to EV startup Workhorse Group Inc., while back in September, GM hinted that it would offer “solutions” for the GM Lordstown employees, with rumors pointing to a possible allocation of battery cell production. 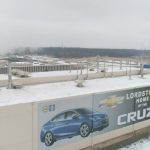 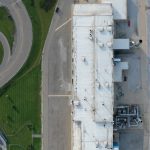 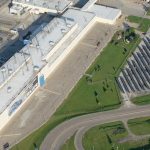 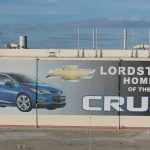