General Motors has issued a statement after a UAW worker was struck by a car and killed while on the picket line at its Spring Hill Assembly plant in Tennessee.

According to the Detroit Free Press, union worker Roy A. McCombs was crossing the road on a bridge near the plant at around 6 a.m. Tuesday morning, when it was still dark out, and was hit by a passing car. He was taken to hospital, where he later died. The driver of the vehicle is co-operating with investigators.

“We are deeply saddened to confirm an employee death occurred this morning from a vehicle-pedestrian accident on a public road near GM’s Spring Hill Assembly Plant’s South entrance,” the automaker said in a statement. “We offer our thoughts and prayers to the employee’s family and all who are impacted by this tragedy. General Motors is committed to employee safety and plant leadership is working closely with authorities to investigate and understand what happened.”

The union also issued its own statement Tuesday, saying “today’s accident is heartbreaking for UAW Spring Hill members. We will continue to work to ensure that safety is a priority on the picket line.”

A UAW striker told the Free Press that the area where they were supposed to picket was too far away from the main roadway, leading the union to picket on a nearby bridge that crossed U.S. Highway 31. They described the picket line as a “disaster waiting to happen,” due to the high amount of traffic on the bridge.

GM had previously filed a motion with Tennessee courts to bar UAW workers from picketing at the entrance to the plant, after nine people were arrested in late September for refusing to stop blocking the entrance. At the time, GM said it was forced to file the motion “after dialogue failed to stop the incidents of harassment, violence and vandalism by a few people.” A tenth arrest came at a later date when a person tried to drive a car through the entrance.

The motion was only in effect until October 8, according to the Free Press, so it’s unclear if this had anything to do with where the UAW had chosen to picket Tuesday morning.

The vehicle that struck McCombs was not a GM work vehicle, reports indicate. 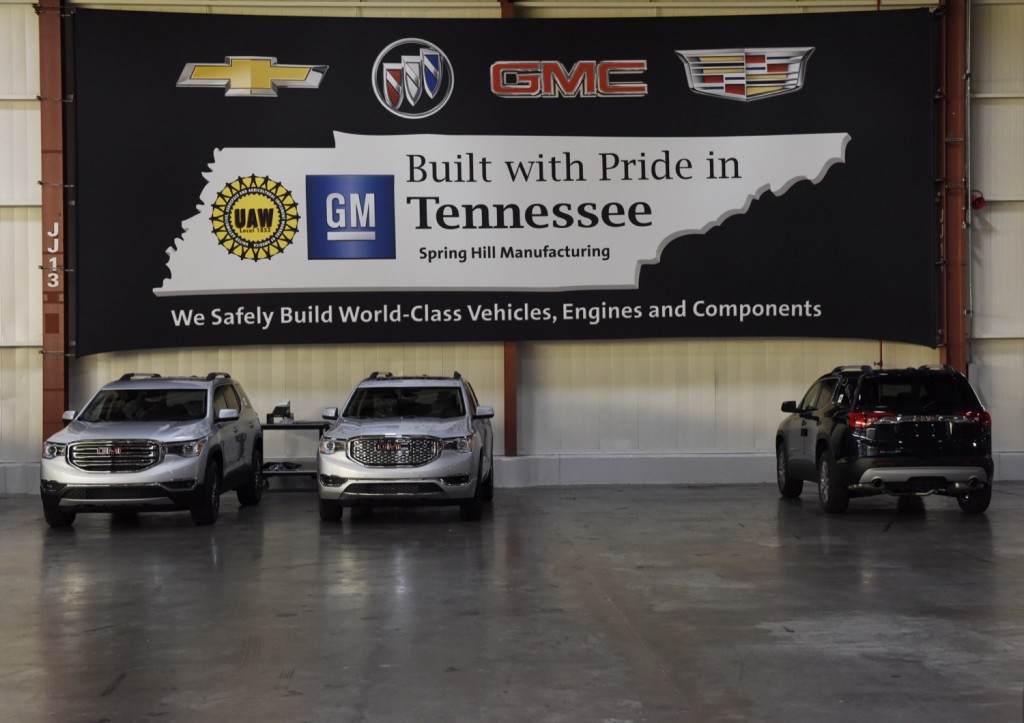 The UAW is currently voting on a contract proposal that was agreed upon by GM and union leaders last week. The union decided to remain on strike while the ratification vote proceeded, keeping GM production lines at a standstill until at least the end of the month.