GM held the global premiere for the 2020 Cadillac CT5 at the 2019 New York International Auto Show this past April, giving the world its first look at the upcoming BMW 3 Series and Mercedes-Benz C-Class fighter. Arguably the most prominent feature of the CT5 is the exterior styling, which follows in the design direction set out by the Cadillac Escala concept. When the CT5 debuted in New York, the car was shown in silver hue (on the Sport model) as well as a burgundy color called Garnet Metallic (on the Premium Luxury model). Meanwhile, the CT5 just had its Chinese debut at the Chengdu Motor Show, where GM presented it in the Wave Metallic hue, which we haven’t seen before. 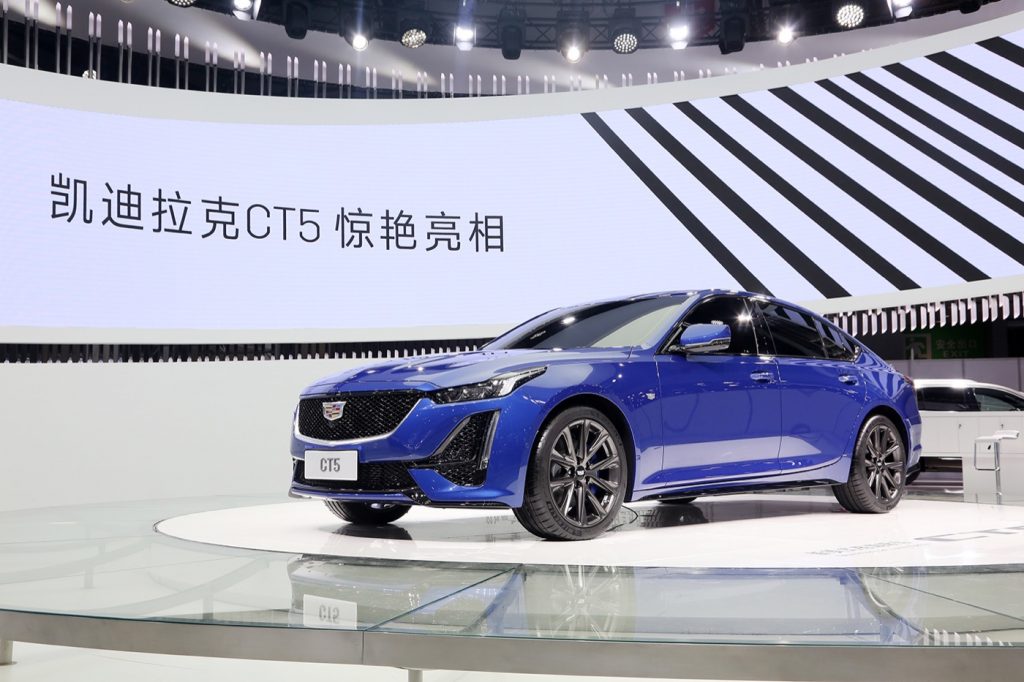 The eye-catching Wave Metallic color appears to be identical to the Wave Metallic hue previously offered on the now-discontinued CTS-V and ATS-V. In fact, this marks the first time we’ve seen the CT5 in Wave Metallic. Combined with the dark accents unique to the Sport trim, the hue looks fantastic on the CT5. 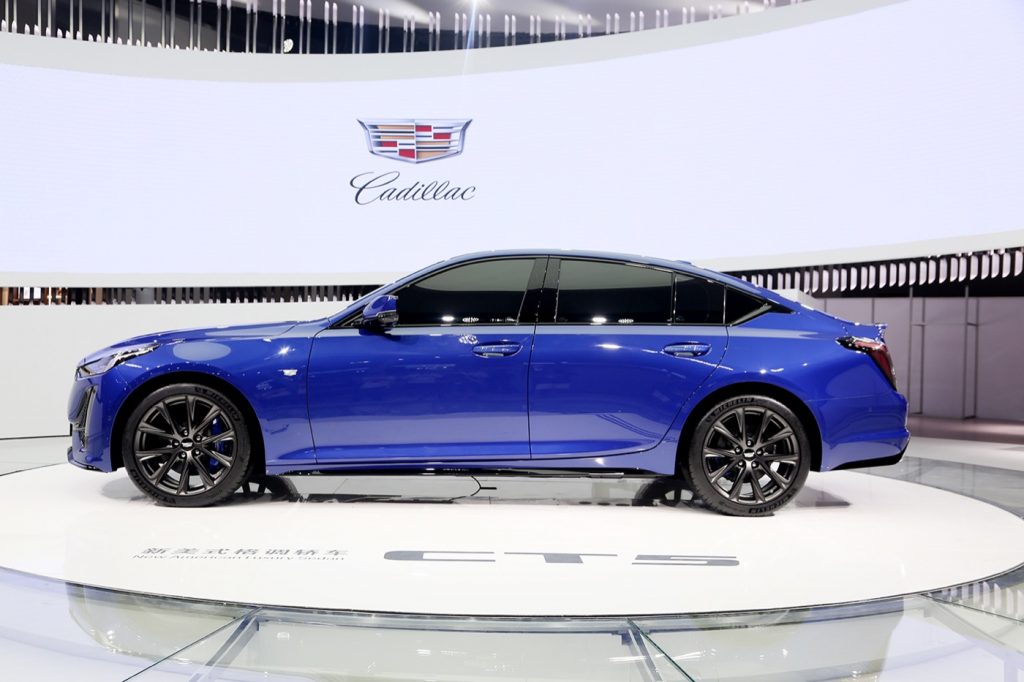 Compared to the Luxury (base) and Premium Luxury models, the CT5 Sport trim level is differentiated with sportier accents, including: 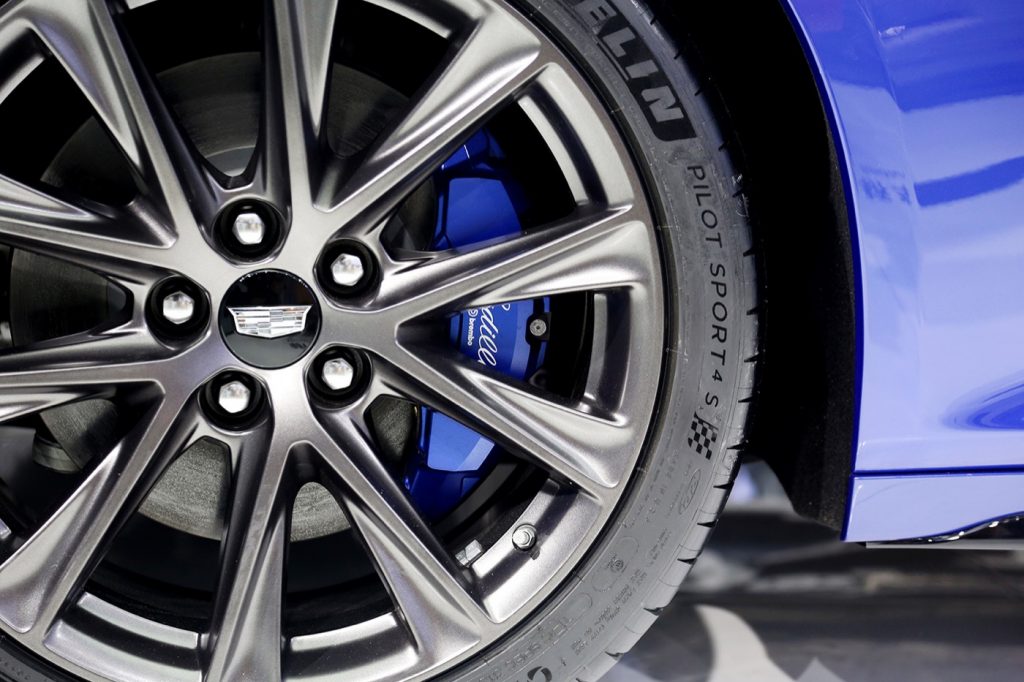 The CT5 Sport also features standard Brembo brakes, as opposed to regular brakes on the Luxury models. The particular model seen here features blue-painted brake calipers, but they can also be finished in red or black on the CT5 Sport. 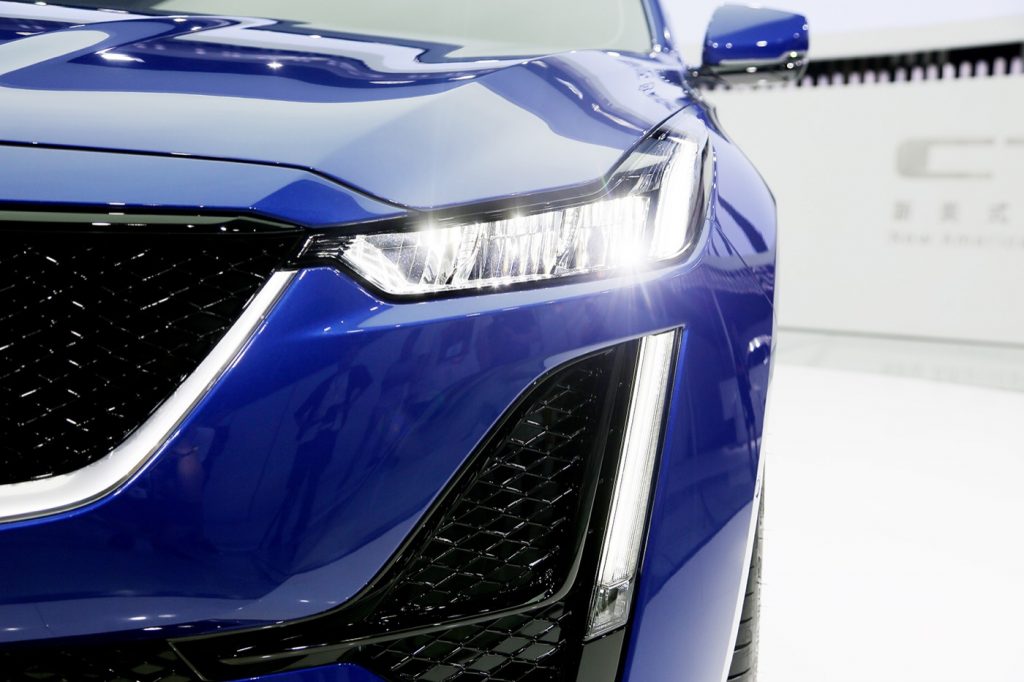 The Cadillac CT5 will be available in China in the fourth quarter of this year. Meanwhile, buyers in the U.S. will get a chance to order one in the fall, with deliveries starting shortly thereafter. This catchy Wave Metallic paint will be available when the new D-segment sedan launches in both markets.

This report brought to you in collaboration with our sister publication, Cadillac Society.