Now, in an interview with automotive blog Jalopnik, the automaker revealed the race engine is “a future production based-engine,” although it stopped short of saying if it would appear in a future high-performance Corvette C8 model like the upcoming new Z06, for example.

For some more proof, FIA race regulations state that in order for a car to be eligible for the GTE class at Le Mans and other World Endurance Series events, at least 300 road-going versions must be produced. That means that a Corvette C8 with a version of this engine, which is not related to the LT family of V8s due to the camshaft placement, must enter production at some point if Chevrolet wants to take it to Le Mans or race it in IMSA-sanctioned events—which we know it will.

A GM spokesperson also told Jalopnik the DOHC V8 is not related to the Cadillac Blackwing engine family, nor is it based on any other current GM engine.

Just because the race engine has 5.5 liters of displacement doesn’t mean the production version of the engine will, we should note. The race engine measures in at 5.5 liters because that is the largest allowed engine size in IMSA/FIA competition, so it seems possible that the production motor could be larger. This is why the Corvette C7.R, as well as the 2010-2013 Corvette C6.R, had a 5.5-liter V8 as well, despite this new engine having no relation to the pushrod motor in the C7.R and C6.R. 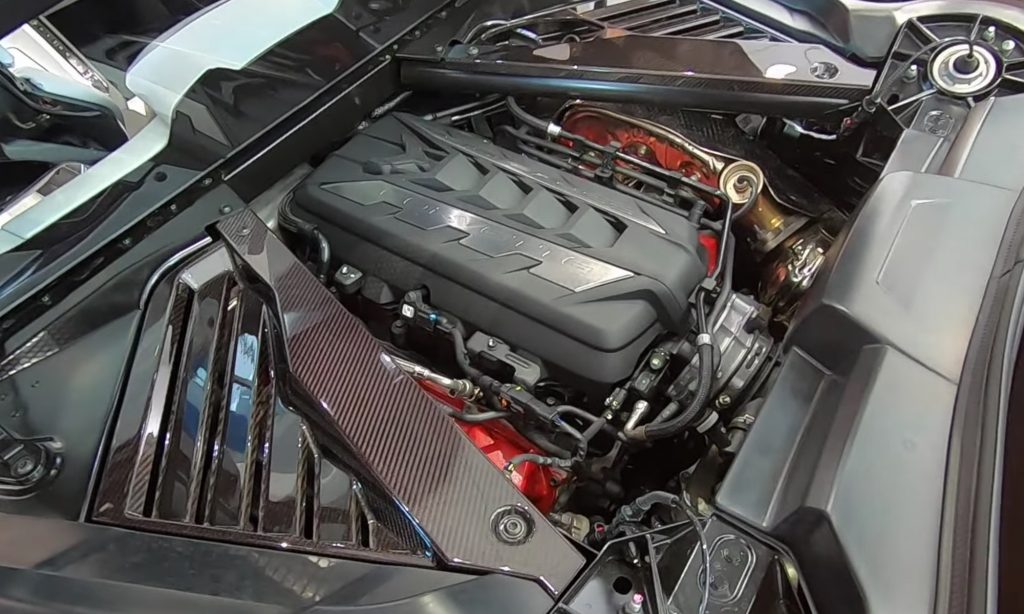 We don’t want to get too carried away with speculation, but it also seems likely that the production version of the flat plane V8 destined for the Z06 will have more than 650 horsepower on tap. The C7 Corvette Z06’s 6.2-liter supercharged LT4 V8 had 650 horsepower, so GM probably wouldn’t released a next-generation version of the performance variant with less power.