Images of the three-row Chevrolet Blazer XL in production guise have surfaced online, giving us our first official look at the SUV ahead of its Chinese launch.

The Chevrolet Blazer XL was previewed by the Chevrolet FNR-CarryAll Concept, which debuted at the 2018 Guangzhou Motor Show. As its name suggests, the Blazer XL is a larger version of the standard, two-row Blazer already on sale in North America—sporting a larger rear overhang and extended roofline that makes way for additional row of seating. Riding on the GM C1 architecture, it shares its slightly extended platform with the Cadillac XT6 and the Chinese-market Buick Enclave. 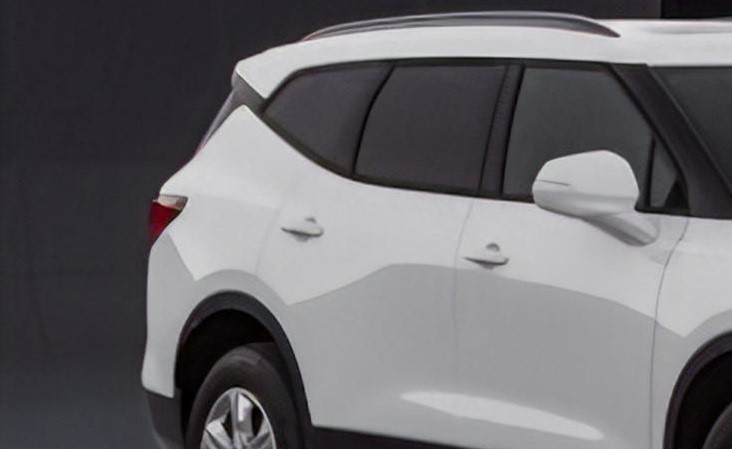 For reference, the FNR-CarryAll concept (which has the same body and platform as the production-ready Blazer XL pictured here) measures 196 inches in length (5,000 mm) and has a wheelbase of 112.9 inches (2,867 mm). That makes it about 10 inches shorter than the full-size Chevy Traverse and roughly two inches longer than the GMC Acadia. This will make the Blazer XL Chevrolet’s largest utility vehicle on sale in China.

The Blazer XL will be offered exclusively with General Motors’ turbocharged 2.0L inline-four LSY engine in China, paired with the GM nine-speed automatic transmission. It won’t get the naturally aspirated 3.6L V6 LGX that’s optional in the North American-spec 2020 Blazer.

We imagine Chevrolet plans on offering both six- and seven-seat configurations in the Blazer XL. The six-seat configuration would swap the middle bench for a pair of captain’s chairs—just like the optional six-seat layout for the North American Traverse, for example. 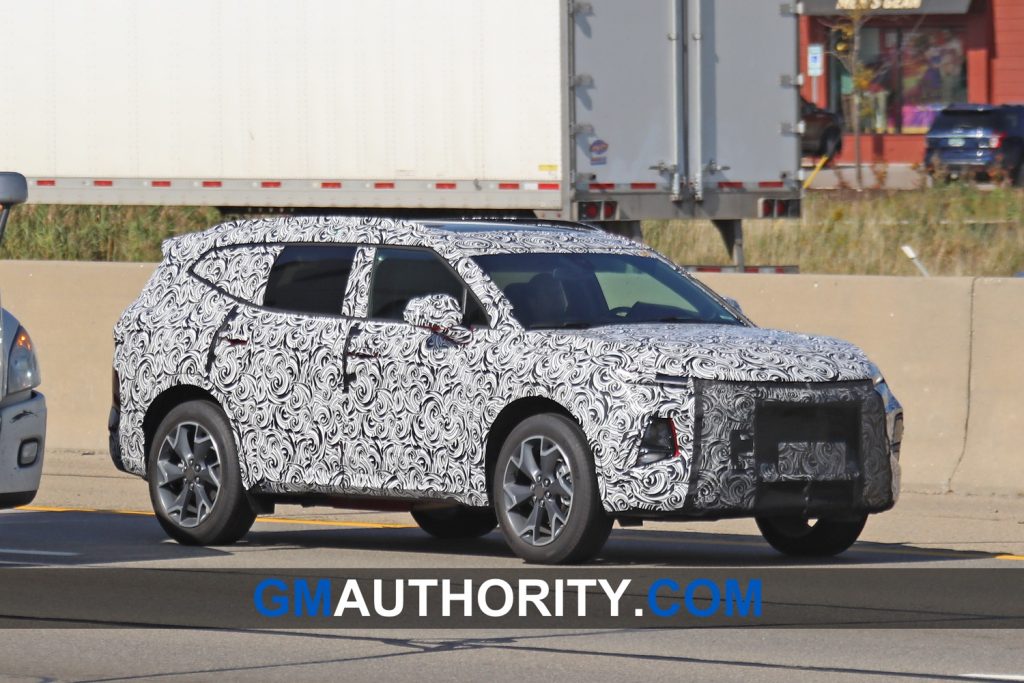 Earlier this month, our spy photographers caught the Blazer XL testing on U.S. roads—though this probably isn’t a sign it will be sold here. It’s more likely that North American GM engineers were simply testing the vehicle ahead of its Chinese launch.

We expect the Blazer XL to hit Chinese Chevrolet dealerships sometime in early 2020.