SCCA racing in the ‘60s left Don Yenko yearning for something faster, specifically a platform that could pass Mark Donohue’s Ford Mustang. Yenko’s go-to choice was the Chevrolet Corvair, but unfortunately, the SCCA had classified the Corvair as a sedan due to its rear seat, and thus, it was ineligible for sports car racing. In response, Yenko decided to create his own version of the Corvair, and thus, the Chevrolet Yenko Stinger was born.

After launching Yenko Sportscars at his family’s local Chevy dealership, the enterprising racer ordered a batch of 100 Corvair Corsas with both standard production options and specialty options. Each vehicle was then modified and resold as a Chevrolet Yenko Stinger, opening up eligible for competition in SCCA racing. This particular example hails from that first batch of Chevrolet Yenko Stinger racers built, making it one of 100 produced. In the transition from street car to apex hunter, Yenko’s conversion included a host of modifications to the chassis and engine – not to mention a backseat delete, of course.

Each Chevrolet Yenko Stinger was also given a unique certification plate, with numbers ranging between YS-001 and YS-101, plus a later example that received plate YS-105.

This particular example is YS-043. Out back, we find a rear-mounted, quad-carb, air-cooled six-cylinder engine, which mates to a four-speed manual transmission. This example also saw a recent engine and transmission rebuild, as performed by Chevrolet Yenko Stinger mechanic, Warren Dernoshek. Outside is a white and blue livery complete with No. 43 roundels, plus lightweight 13-inch aluminum wheels in the corners.

No. 43 was quite active in SCCA racing in the ‘70s, and is considered one of the more successful Stingers out there. It stands ready for vintage racing, and comes with a full roll cage plus inspection stickers, as well as a front-mounted fuel cell.

Now, the No. 43 Chevrolet Yenko Stinger heads to the block as Lot F150.1 at the Mecum Auctions event in Las Vegas, October 10th through the 12th. 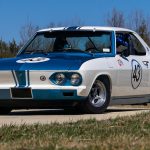 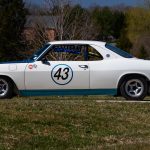 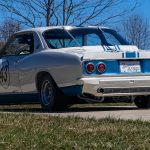 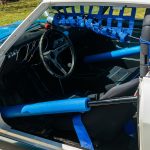 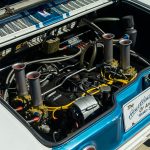 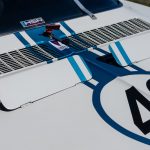 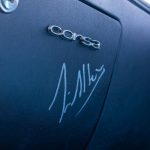 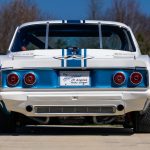 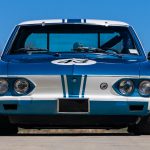 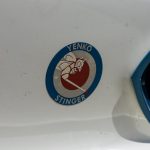 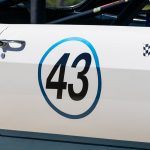