Chase Elliott advanced to the Round of 8 in the NASCAR Playoffs after securing a runner-up finish to Denny Hamlin in Sunday’s Hollywood Casino 400 from Kansas Motor Speedway.

Hamlin dominated the event, leading 153 of 277 laps of the 1.5-mile tri-oval on his route to his fifth victory of the 2019 NASCAR Cup Series season. It didn’t come easy for the Joe Gibbs Racing Toyota driver, however, who had to defend the top spot on the track in two separate two-lap overtime sessions after a pair of late-race wrecks.

One of those wrecks wasn’t so much the fault of drivers being too aggressive on a restart, but rather an odd mechanical failure. Bubba Wallace’s No. 42 Chevrolet Camaro ZL1 lost a wheel mid-corner and caused a multi-car wreck that also severely damaged the No. 36 Ford Mustang of Matt Tifft, bringing out the first overtime session. When racing got back underway, Daniel Suárez ping-ponged off the No. 2 of Brad Keselowski and the No. 21 of Paul Menard, sending him spinning and taking out the No. 8 of Daniel Hemric, triggering the final restart.

Hamlin then got a strong restart when the green flag came back out, holding off the hard-charging No. 9 of Elliott. The result was enough to bump Keselowski from the playoffs, who had entered the race with a 20-point lead over Elliott, but was booted from championship contention after fading from 13th to 19th on the final restart. 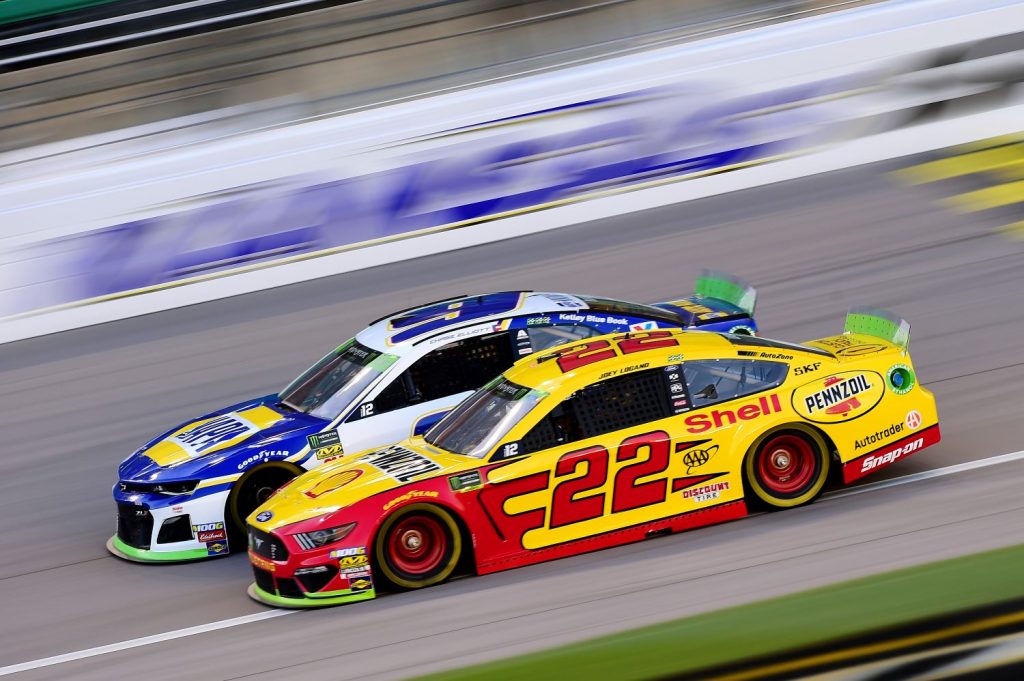 Despite missing out on the victory, Elliott was just happy to have locked himself into the next round of NASCAR’s playoffs.

“The good news was the bottom lane rolled good enough on the last restart to at least get back to second,” Elliott told NASCAR.com post-race, “so I appreciate the effort. We were really struggling there at one point in the race. You have to stay fighting in these things, especially with these late-race restarts.”

“Just proud of the effort today. Just excited we get to fight another race. Back up against the wall, to come out here and battle for a win, that’s what you have to do when you’re in the position that we were in.”

William Byron, Alex Bowman and Clint Bowyer also missed out on the Round of 8. Joey Logano won Stage 1 and came home seventh in Stage 2, giving him enough points to move into the next round—despite going into a late-race spin through the homestretch grass during the following the first overtime restart. 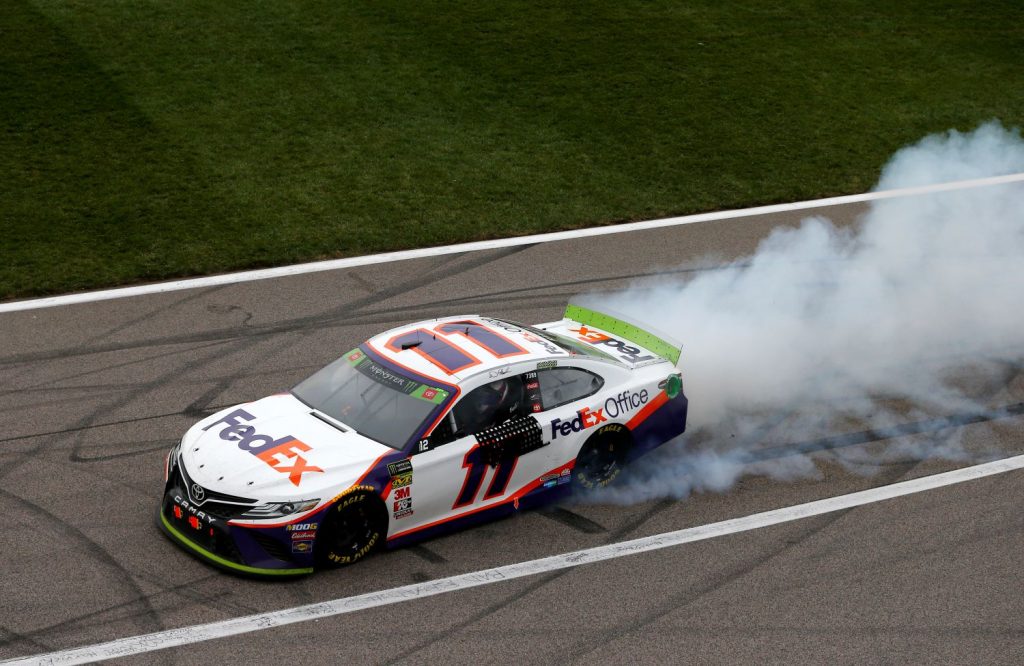 Check out all the highlights from the Hollywood Casino 400 in the video embedded below and click here for complete results. NASCAR heads to Martinsville next for the First Data 500 on Sunday, October 27th.

Be sure to subscribe to GM Authority for ongoing NASCAR news and Chevrolet news coverage.