Chevrolet released the technical details of the mid-engine Corvette C8.R during a special presentation at Road Atlanta today, confirming the race car will be powered by a DOHC 5.5-liter V8 engine with a flat plane crank.

The naturally aspirated V8 engine is rated at 500 horsepower and 480 pound-feet of torque, falling in line with IMSA’s regulations for the production-based GTLM class. Paired with the race-bred engine is a new six-speed sequential transmission supplied by Xtrac, which was specially developed to slot into the compact rear end of the mid-engine C8.R to make way for its massive rear diffuser. 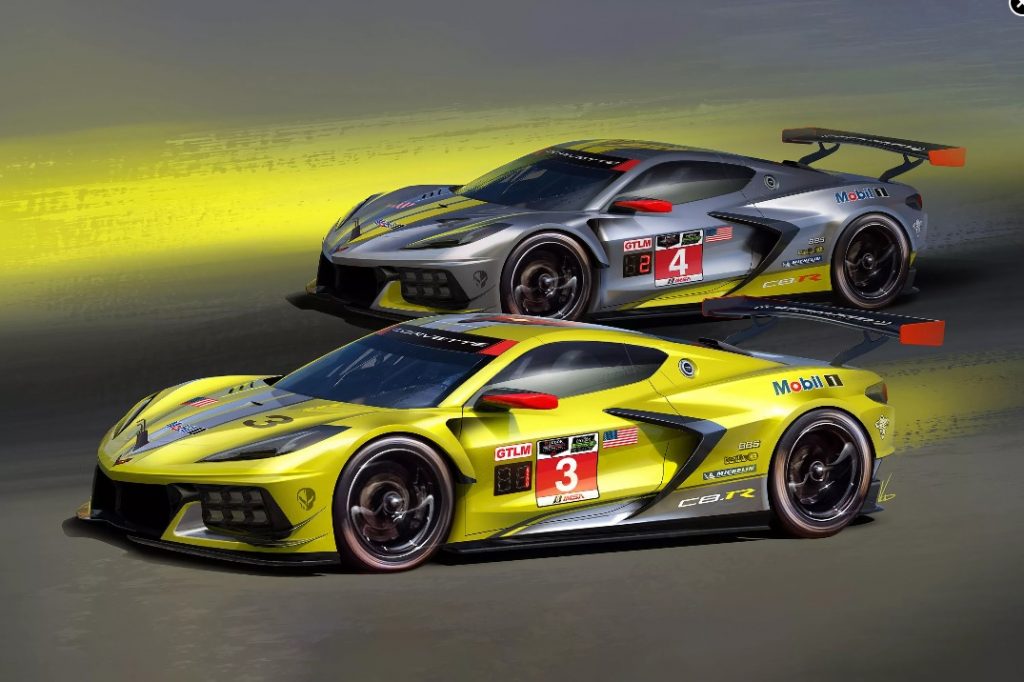 Chevy describes the Corvette C8.R as its “first clean-sheet race car design since the C5.R debuted in 1999,” and is proud that it shares more components with its production counterpart than any of predecessors. The automaker says the mid-engine platform provides superior weight distribution over the Corvette C7.R’s front-engine architecture, as well as better aerodynamics. The race car’s chassis isn’t purpose-built by Pratt & Miller, either—it is a production chassis that starts its life in the Bowling Green Assembly Plant where the road-going Corvette C8 will be built.

“It was important for us to develop the new racecar alongside the production car, so that each product could properly take advantage of the new architecture,” said Corvette Chief Engineer Ed Piatek. “The benefits of this mid-engine supercar, including its incredible balance and connected-to-the-road feel, will be obvious on the street and the track.”

The automaker also shared a photo of the yellow Corvette C8.R livery for the first time. As we reported previously, Corvette Racing will run two different paint schemes on its No. 4 and No. 3 entries, with the No. 4 car using a new grey livery as a nod to previous Corvette concepts such as the 1973 Chevrolet Aerovette and the 1959 Corvette Stingray racer.

“We have looked forward to racing a production-based mid-engined Corvette for a long time,” added Chevy’s Vice President of Performance Vehicles and Motorsports, Jim Campbell. “The debut of the C8.R is the result of immense collaboration between GM Engineering, Propulsion, Design and the Corvette Racing team.

“As Corvette Racing enters its third decade of competition, we’re excited to begin the next chapter.”

Race fans in attendance at this weekend’s Motul Petit Le Mans IMSA season finale will have the opportunity to see the Corvette C8.R in action, with Corvette Racing set to turn some demo laps in the car prior to the start of the race on Saturday.

The Corvette C8.R will make its official competition debut at the 2020 Rolex 24 in January.