General Motors has announced the Chevrolet Silverado will go racing in the Best of the Desert off-road racing series this season, making its debut in the Laughlin Desert Classic later this month.

This racing program will help Chevrolet develop the Silverado into a formidable off-roader as it prepares to launch the Chevrolet Silverado ZRX model variant—which GM Authority exclusively reported on in September and also scooped the trademark filing for back in August.

The race truck will be based on a Silverado LT Trail Boss and will feature the automaker’s 420-horsepower 6.2-liter L87 V8 engine and 10-speed automatic transmission. It will compete in the 1200 Stock class, which allows entrants to make minor changes to their vehicles in the way of suspension upgrades, underbody protection and safety items like a roll cage and fire suppression equipment. GM says the truck will feature a long-travel suspension, front and rear jounce shocks, 35-inch tires, underbody skid plates and, most notably, Multimatic DSSV (Dynamic Suspensions Spool Valve) dampers—the same dampers found on the Colorado ZR2. 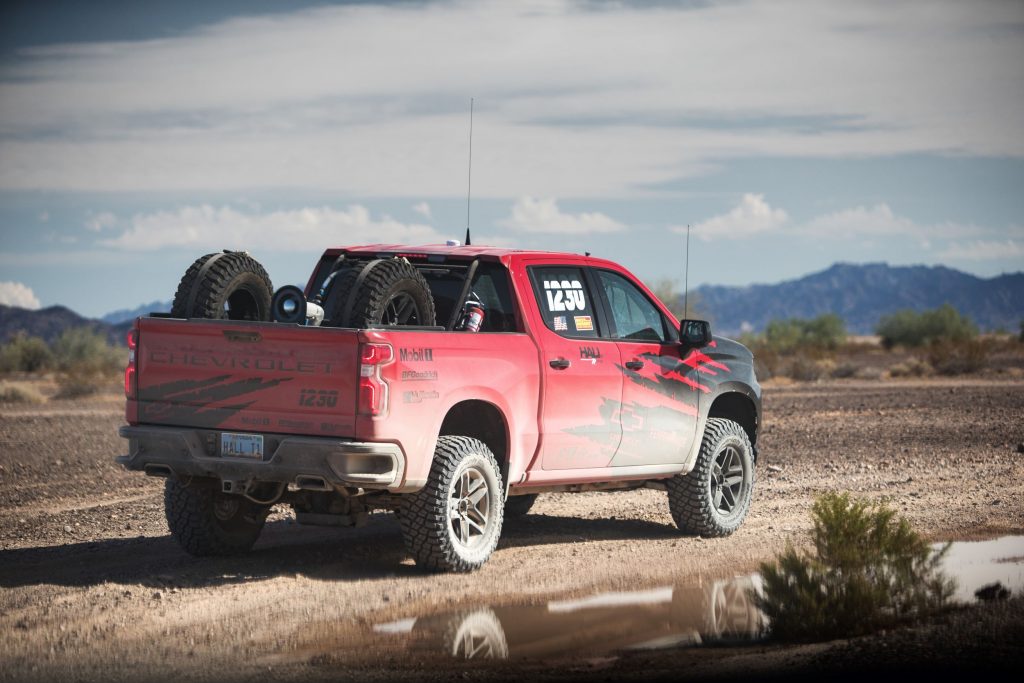 The high capacity DSSV dampers to be used on the Best in the Desert Silverado have been specifically tailored for this truck by Multimatic, and are being described as “prototype” shocks for the time being. 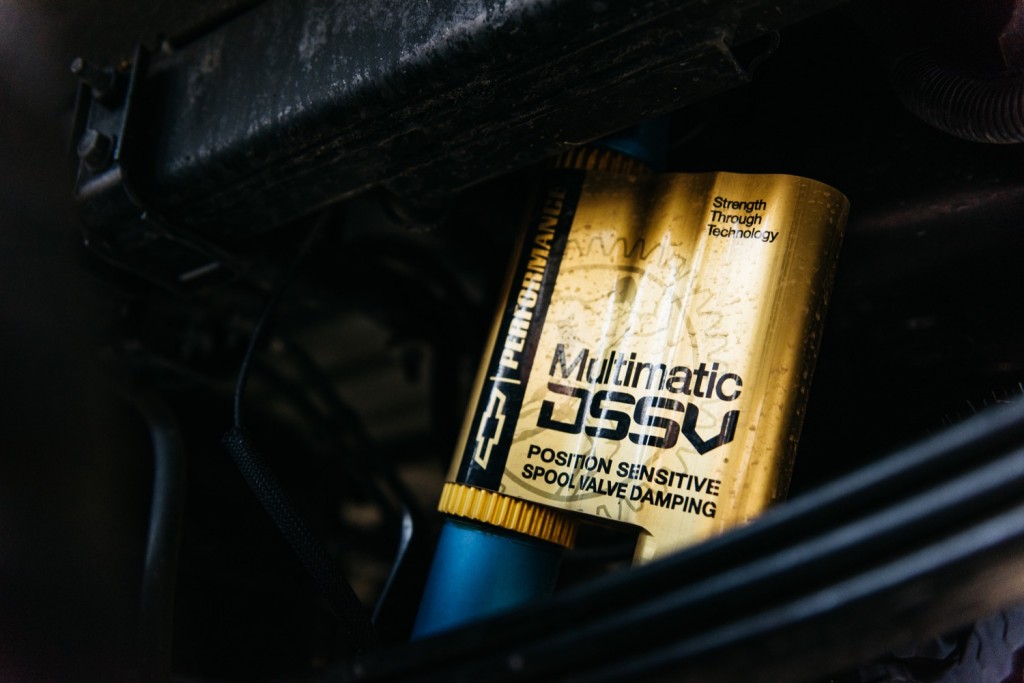 “This is the next evolution of the DSSV off-road damper,” said Multimatic’s Vice President, Michael Guttilla. “We’ve taken everything we learned from the highly successful Colorado ZR2 program and scaled it to deliver next-level performance in the Silverado. Initial on-truck development has been successful, but competition will provide the true test.”

Hall Racing, which already campaigns the Colorado ZR2 in the Best in the Desert Series for Chevy, will also field the Silverado Trail Boss for the automaker. It will compete in six races throughout the season and will be driven by Frank DeAngelo. 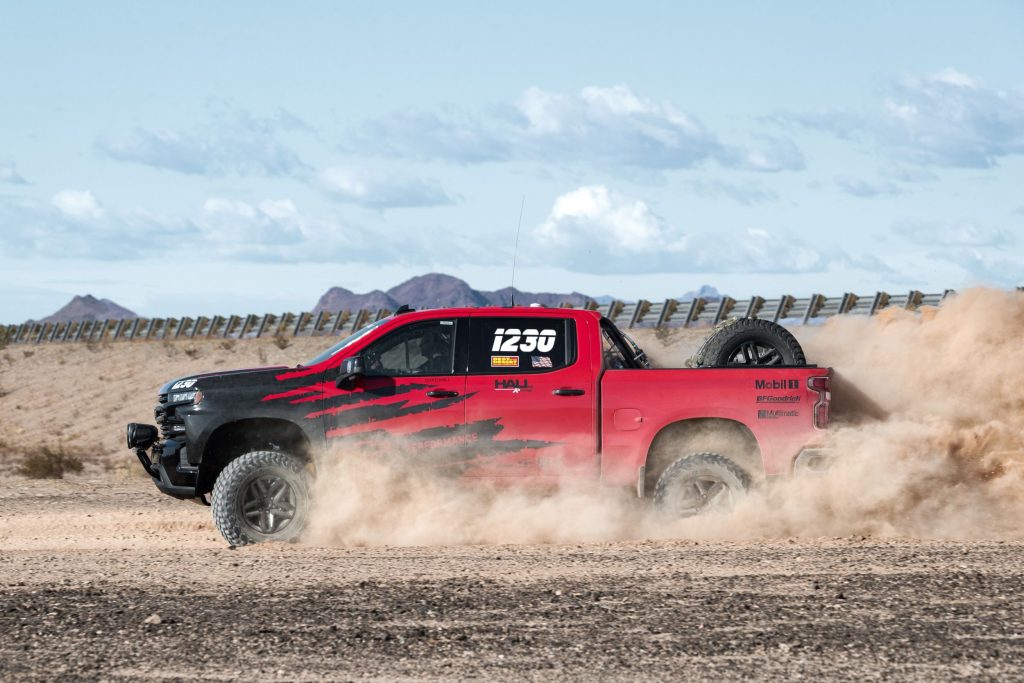 “I’m incredibly proud of what the team has accomplished with the Colorado ZR2 race truck, and I’m excited to see what the Silverado is capable of,” said Chad Hall of Hall Racing. “With Colorado ZR2, we cut four hours off our race time from our first Vegas to Reno race to our second. When you marry that suspension design and expertise with the Silverado’s 420-hp V8 and even greater suspension travel, I believe this new race truck will be a beast on the race course.”

“Off-road racing is just brutal on vehicles,” added Mark Dickens, GM’s chief engineer for government programs, performance variants, parts and motorsports, “and a single race puts more wear and tear on trucks than most vehicles will experience in years. That makes off-road racing a valuable test bed to evaluate new components. What we learn while racing informs everything from future performance parts and accessories to GM Defense projects and production vehicle changes.”

As we reported previously, the production-ready Silverado ZRX is expected to arrive with the mid cycle refresh of the T1-platform Silverado, which will debut in time for the 2022 model year. Prices will likely start in the $50,000-$60,000 range.