We’re suckers for custom rides built for a purpose, and that’s exactly what we’re featuring here. This GMC TopKick ambulance was converted to conquer the great outdoors in comfort and style, and quite frankly, we’re floored by the impressive capability, quality and attention to detail.

This particular video comes to us courtesy of the Down2Mob Overland YouTube channel, and clocks in at 13 minutes and 30 seconds in length. The belle of the ball, as it were, is an absolutely massive GMC TopKick ambulance, which gets an extensive retrofit to get it ready for overland duties. 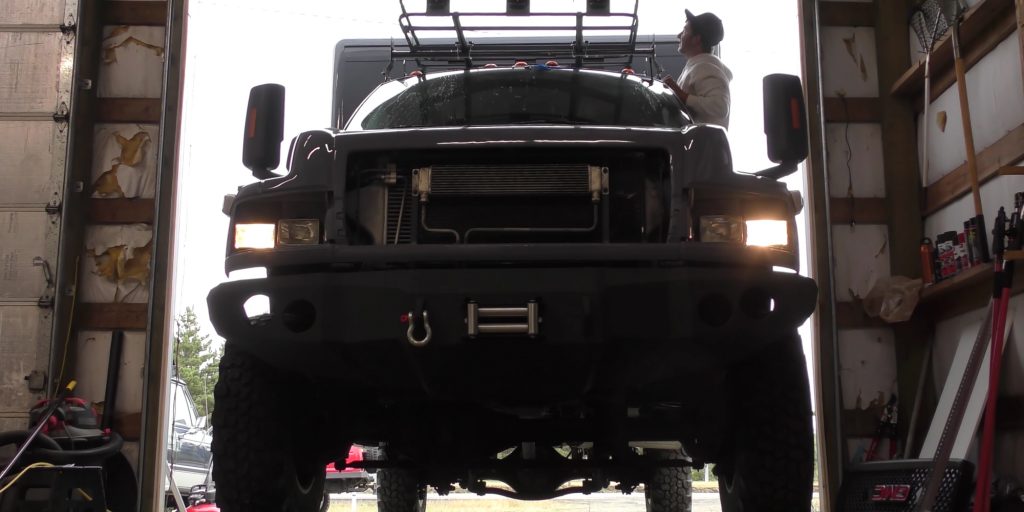 And, when we say massive, we do mean massive. This behemoth now tips the scales at 18,000 pounds, and is tall enough to blot out the sun thanks to 40-inch tires and an 8.5-inch suspension lift.

However, even with all that weight and gnarly running gear in the corners, this thing still has loads of go, all thanks to an onboard turbo-diesel powerplant tuned to produce 900 horsepower. The output is routed to the ground through a burly 4WD system. 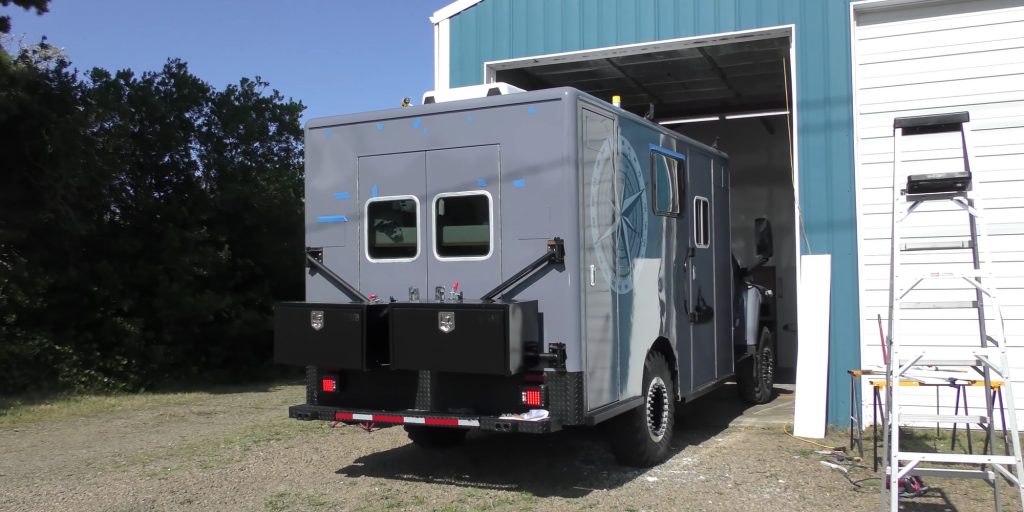 As impressive as this GMC TopKick is from the outside, things get even more impressive in the inside, where we find the builders have completely overhauled the cabin space. Keeping things comfy is a 12-volt air conditioner, which runs off the onboard electrical system powered by a slew of lithium batteries. There’s also an impressive array of custom carbon-fiber-framed solar panels on the roof, which are situated alongside solar-reflective paint to keep the cabin space at just the right temperature.

Custom touches like custom paint and vinyl add a cherry on top. 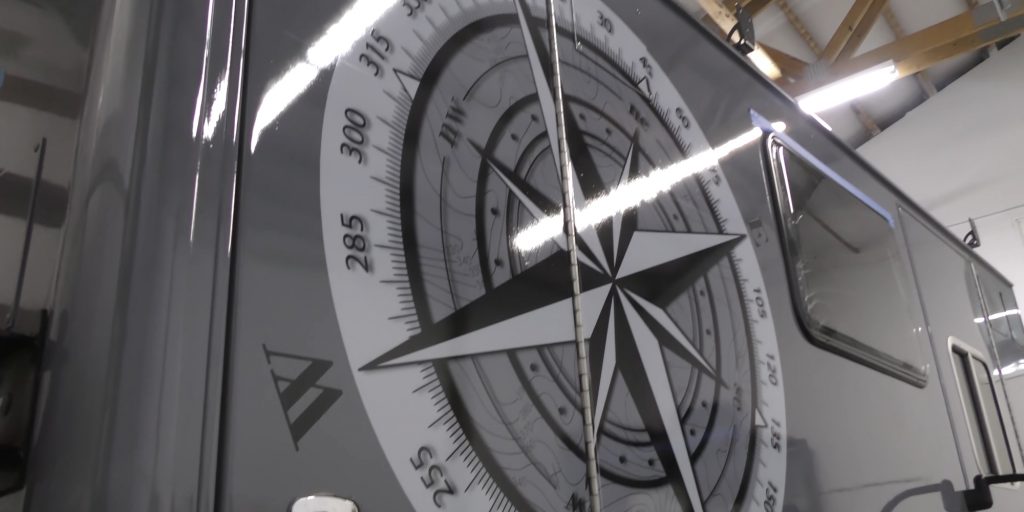 The video starts with some installation clips, with the builders throwing on stuff like a fresh-water tank, trim and counter tops. Afterwards, they fire it up and take it for a drive, giving us an earful of the impressive turbo-diesel sound.

To note, the video calls this rig a “GMC Kodiak,” but in fact, it’s a GMC TopKick. It’s an easy mistake to make, considering the Chevrolet Kodiak and GMC TopKick are more or less twins of one another.

Regardless, this build is hugely impressive, to say the least. Up next, the owner will take the custom GMC TopKick overland camper to Baja, where it will definitely put that new A/C system to good use. 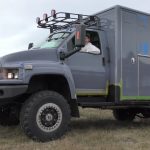 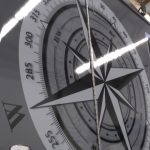 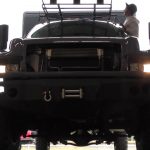 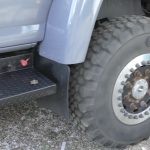 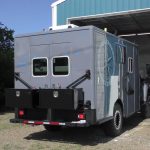