In the world of muscle cars and performance, loyalties run deep – doubly so when it comes to the age-old battle between the Chevrolet Camaro and Ford Mustang. So it’s always a little weird to find someone who’s crossed over from one camp to the other, and it’s really weird to find someone who’s managed to straddle both at the same time. Nevertheless, that’s exactly what we have here with this Chevrolet Camaro nose job on a Ford Mustang.

Basically, what we’re looking at is a Chevrolet Camaro front-end grafted onto a fifth-generation Ford Mustang S197 body. Discovered on Facebook courtesy of user Jay Prince, there’s no question this machine is utterly unique. 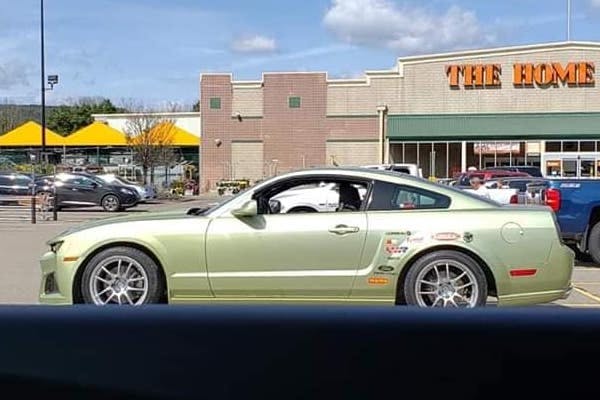 Regardless of how Chevrolet Camaro fans might feel about grafting the front end of their favorite muscle car onto its Blue Oval archrival, we gotta at least give credit where credit is due. The transplant looks utterly flawless, with no gaps in the panels or obvious misalignment in the parts used.

Apparently, the story behind this Chevrolet Camaro / Ford Mustang mashup is that it was originally a 2005 Mustang with a V6 engine, which the owner heavily modified for track duty. After extracting as much as possible from the chassis, the owner then decided to bless his ride with more power, with an engine swap determined as the only truly viable option in terms of reliability and power gains.

However, rather than throw in a Coyote V8, the owner decided to instead get a little crazy and drop in a complete 6.2L LS3 V8 powertrain and drivetrain from a fifth-gen Chevrolet Camaro. Insanity, sure, but the results speak for themselves. 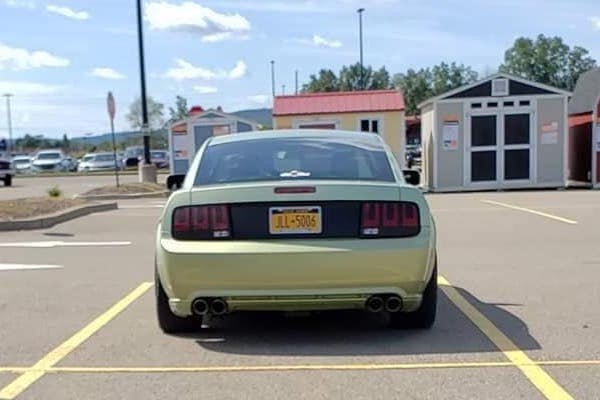 To keep it street legal and inspectable, the owner also swapped in a complete Camaro interior, including the HVAC system, and a number of front-end body components too.

Frankly, we’re blown away by how clean the swap looks. Do you agree? Is this pure blasphemy, or pure awesomeness? Maybe something in between? Let us know in the comments below. 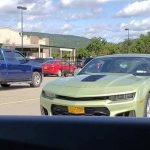 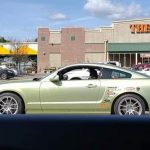 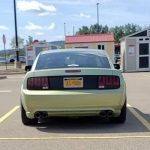