Action Express Racing will return to the IMSA WeatherTech Championship for the 2020 racing season, but instead of entering two Cadillac DPi-V.R prototypes, the Denver, North Carolina-based team will field a single entry. 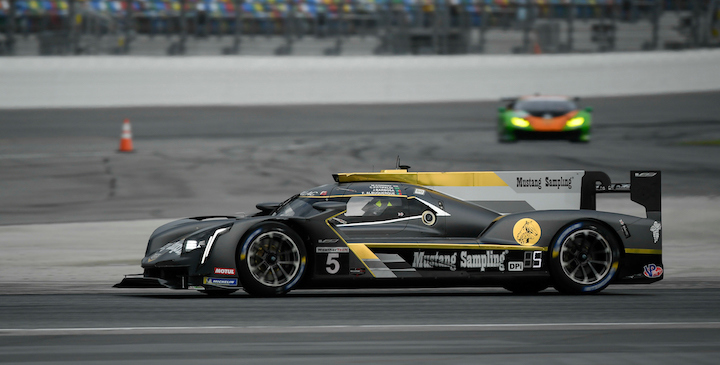 In a statement, the team said it will “most likely” return with just its No. 31 Whelen Engineering Cadillac, making this weekend’s Motul Petit Le Mans IMSA season finale the last race for the No. 5 Mustang Sampling car for at least a year. The team did not say exactly why it would be fielding a single car for 2020, though a statement released by team owner Bob Johnson hints they were unable to secure sponsorship for the other entry.

“Action Express Racing has fielded two cars in every event since 2011,” said Johnson. “Beginning in 2020, it is likely that Action Express will become a single-car team. We have worked for many months to find ways to remain a two-car team. To be fair to all involved, we must report that the No. 31 Whelen Engineering Racing Cadillac will probably be the single entry as managed by Action Express Racing in 2020. We want to thank all of our fans and every one of our great drivers, partners and crew members that have supported our two-car team along the way.”

The Brazilian duo of Felipe Nasr and Pipo Derani will be returning to the No. 31 Whelen Engineering Cadillac for 2020, with Portugese driver Filipe Albuquerque serving as the third driver for endurance events. With this development, it appears that his fellow Portugese countryman João Barbosa will leave Action Express at the end of the year. British driver Mike Conway, who also races for Toyota in the FIA WEC’s LMP1 class, served as the third driver of the No. 5 car at Watkins Glen this year and will return to the seat for Petit Le Mans.

Christian Fittipaldi, who previously served as the third driver of the No. 5, retired from racing this year. Fittipaldi’s last race was the 2019 Rolex 24 at Daytona. 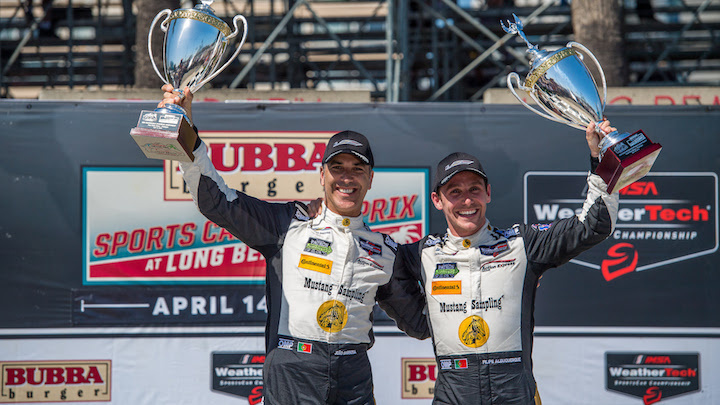 “It has been a great opportunity to drive with João (Barbosa) and Christian (Fittipaldi) and to represent Mustang Sampling for these last few years,” said Albuquerque. “I understand that the commercial situation for the team has changed so we all are adjusting for the new plans. It will be different for me to just be racing in the endurance events again, but the team is already working hard to bring back the No. 5 car to the full season. In the meantime I am focused on what I know to do best, which now is to win all the four big ones.”

IMSA released the entry list for the Motul Petit Le Mans season finale last week, which showed 34 entries on the docket—the lowest since 2013. Of those, 11 will be DPi-class cars, with the Juncos Racing entry returning following driver Victor Franzoni’s massive shunt at Canadian Tire Motorsport Park earlier this year. That crash, which occurred at the track’s extremely fast Turn 2 left-hander, totaled its sole Cadillac prototype chassis and sidelined the team from events at Road America and Laguna Seca.

The Nissan DPi of Core Autosport won’t be returning for 2020 either, the team announced previously, further dwindling the DPi field.

Separately, Ford won’t be returning to IMSA for the 2020 season, with its GTLM program having run its course. That means the recently unveiled Corvette C8.R is set to race among a dwindled GTLM field that will include two entries from BMW and two entries from Porsche.