Last week, we posted an exclusive rendering depicting our vision of the 2021 Chevrolet Silverado SS, complete with all the usual Super Sport bits and pieces. Now, we’re taking things a step further with the Silverado SS 1LE!

While Chevrolet previously offered a Silverado SS model variant in the early 2000s, a hot-to-trot 1LE variant was never part of the lineup. With that in mind, we’re going off the rails a bit and pumping even more performance into the popular light-duty pickup, elevating it beyond the SS and up to 1LE status, similar to the model cadence offered by the Chevrolet Camaro.

As we pointed out in our previous rendering post, there’s currently no evidence that General Motors plans to build a high-powered Silverado SS model variant, 1LE or otherwise. This rendering is just for fun, and hopefully, it provides a little inspiration for all those performance pickup fans out there.

With that covered, let’s dive into the rendering, which is based on the latest 2020 Chevrolet Silverado in a Regular Cab, Long Bed body style. The fourth-generation styling includes new headlamp housings and restyled front fascia, while our Silverado SS 1LE rendering adds a satin black hood with an extra front-facing induction slot. 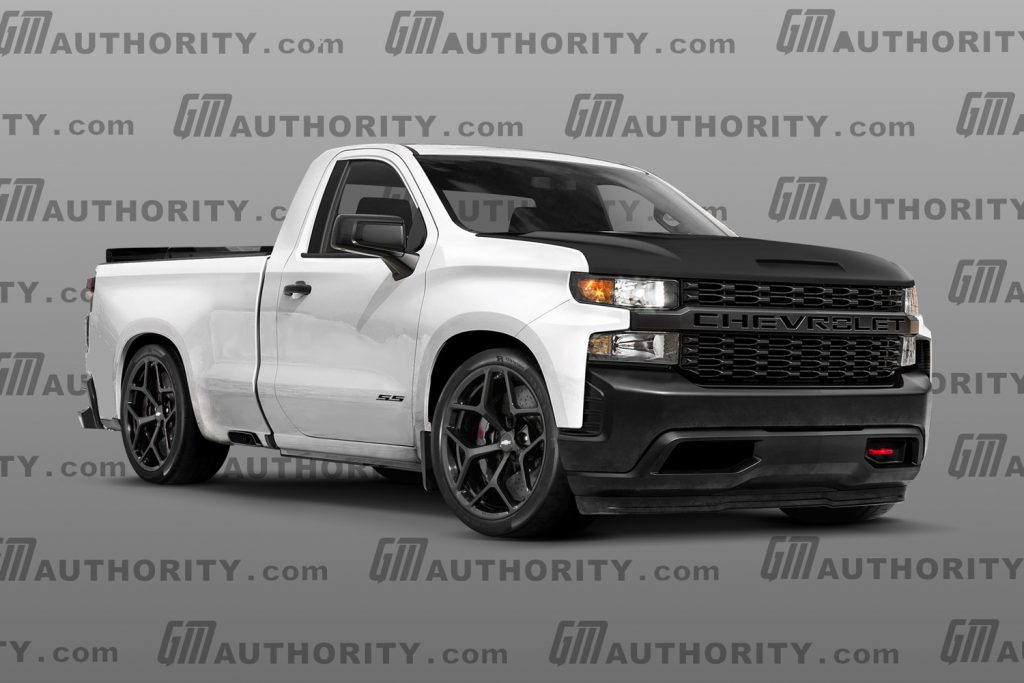 The look is definitely menacing, stretching the black finish in the lower fascia and grille section up and back to the windshield. We also added new intake sections in the lower bumper, plus a red tow hook. The Silverado badging in the front fenders is gone, replaced with SS badging on the doors.

The profile shows off ultra-wide, low-weight wheels, which are wrapped in sticky Goodyear tires and house enormous four-pot Brembo brakes. We also added a side exhaust system just ahead of the rear wheels. 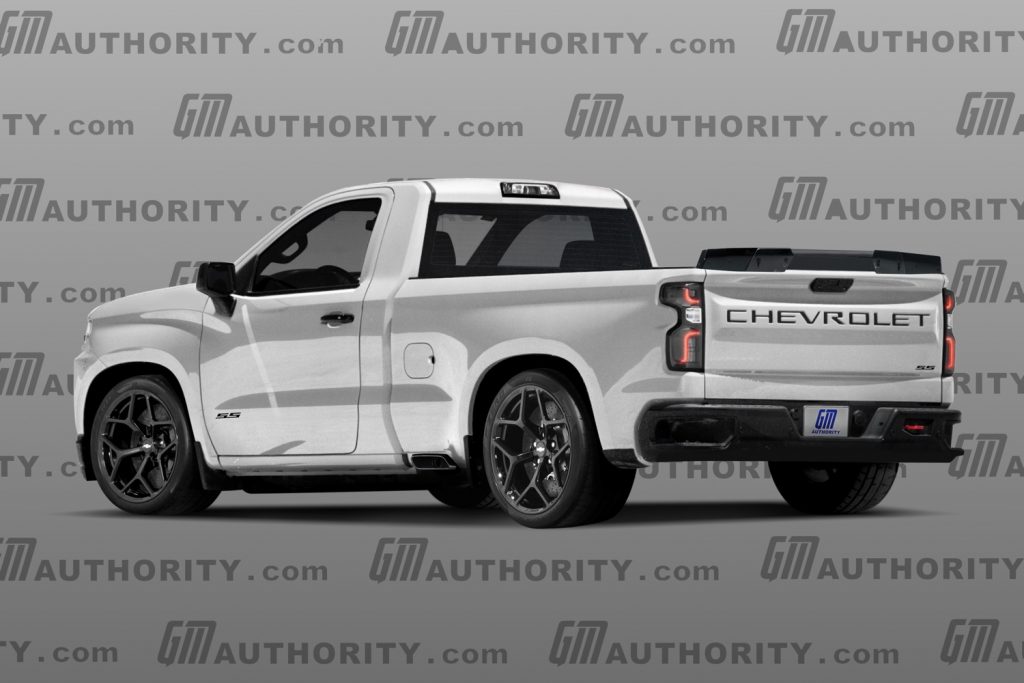 In back, we find tail lamps with grey graphics, and a black/clear center high-mount stop lamp as well. Further SS badging was added to the tailgate, below which is an additional tow hook. Don’t forget the prominent rear spoiler, too.

While just a rendering at this point, we would love to see Chevy offer a Silverado SS 1LE stuffed with performance goodies. Do you agree? Let us know by posting in the comments, and make sure to subscribe to GM Authority for more Chevrolet Silverado news, Chevrolet news and 24/7 GM news coverage. 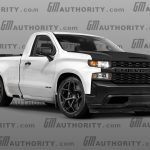 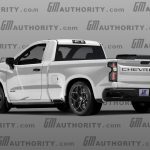