We’re chomping at the bit to learn about GM’s line of next-gen full-size SUVs, which are set to drop by the 2021 model year. That, of course, includes the 2021 GMC Yukon, which was recently spied in prototype form testing on public roads, providing us with a glimpse at the model’s newly redesigned headlamps.

While the fresh new headlamps are obviously obscured by white netting, we can still pick out a few notable features worthy of examination. For starters, the overall shape of the 2021 GMC Yukon headlamps appears to be different from that of the 2019 GMC Yukon, with new character lines that stretch back into the fenders at a more horizontal angle, as opposed to the obtuse angle on the current GMC Yukon. In addition to reshaped housings, the interior elements of the 2021 GMC Yukon headlamps are new as well, with a redesigned inner structure and new projectors. We wouldn’t be surprised to find new LED lighting signatures thrown on top.

Previously, we profiled the 2021 GMC Yukon production-intent grille, which gets polished horizontal slats like the GMC Sierra Denali. We also took a look at the new production-intent taillamps, which feature a familiar upright stance, but with new inner graphics. The prototype featured here is the Yukon Denali XL, which is the model line’s range-topping trim level and extended-length body type. However, much like the redesigned taillamps, these new production-intent headlamps will be used across the entirety of the future GMC Yukon lineup.

Further updates will include a new interior design, the latest infotainment gear, a lower curb weight and an independent rear suspension. The 2021 GMC Yukon will run on the GM T1 vehicle platform, the same bones as 2019 GMC Sierra and 2019 Chevrolet Silverado, alongside the all-new Chevrolet Tahoe, Chevrolet Suburban, and Cadillac Escalade / Escalade ESV. 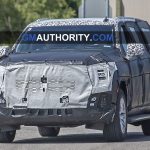 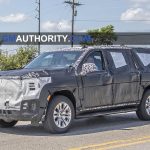 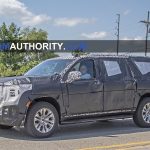 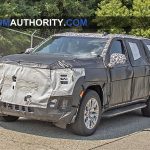 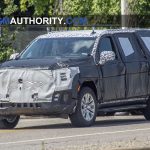 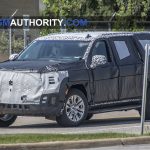 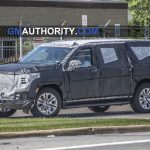 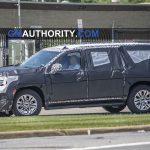 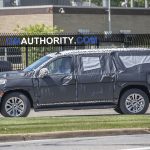 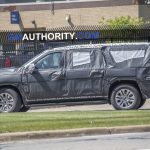 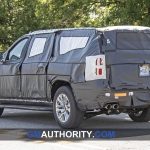 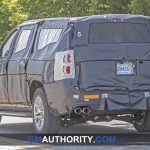 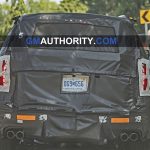 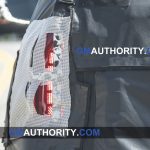 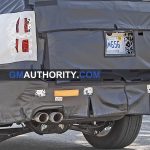