The release of the mid-engine Chevrolet Corvette C8 opens up a plethora of new opportunities for the nameplate, especially with regard to performance. With the engine now mounted in the middle, the latest Vette is primed to surpass previous all previous generations regarding acceleration and lap times. But what if Chevrolet had taken a completely different route? What if the Bow Tie brand instead upped the practicality factor with a 2020 Corvette sedan? What would that look like?

To find out, we broke out our magic rendering hat and drew it up. Now, we have to preface this with full disclosure that, for the time being at least, we have no real indication that GM is planning to actually produce a 2020 Corvette sedan. Rather, we created this thing just to see what it might look like.

That said, previous reports point to rumors that GM could be considering a standalone Corvette brand that may include a Corvette SUV/crossover, and yes, a sedan model as well. Of course, that all remains just a rumor for now, but still, it’s an interesting thought nonetheless. 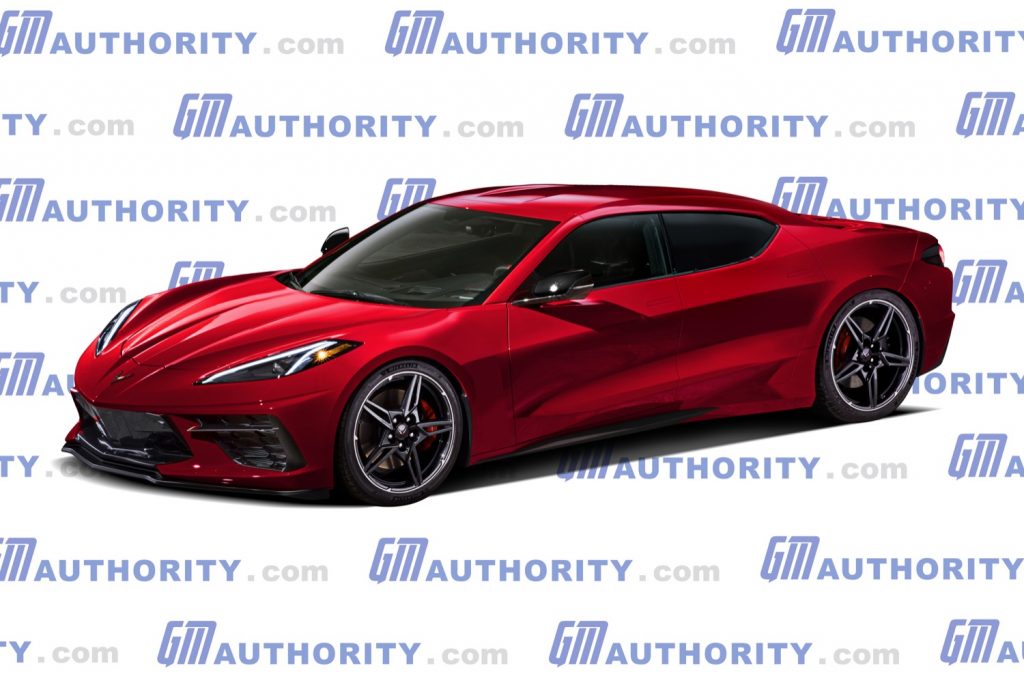 With that covered, let’s check out the rendering. The first things that should grab you are the proportions, which include a longer hoodline in front and an extended greenhouse in the middle. To fit a proper rear seat, the 2020 Corvette sedan ditches the mid-engine layout, instead adopting the more-traditional front-engine design. However, the nose section still offers the C8’s sharp styling, with pointed headlamps housings, deep hoodline creases, and a prominent lower splitter.

The profile reveals two extra doors, which replace the mid-engine model’s rear air intakes. Meanwhile, the roofline falls back into a familiar squared rear end. The 2020 Corvette sedan also goes sans spoiler for a clean look, although the blacked-out lower diffuser elements remain unchanged. What’s more, there’s a legitimate trunk with this one, as befitting a more practical four-door model. 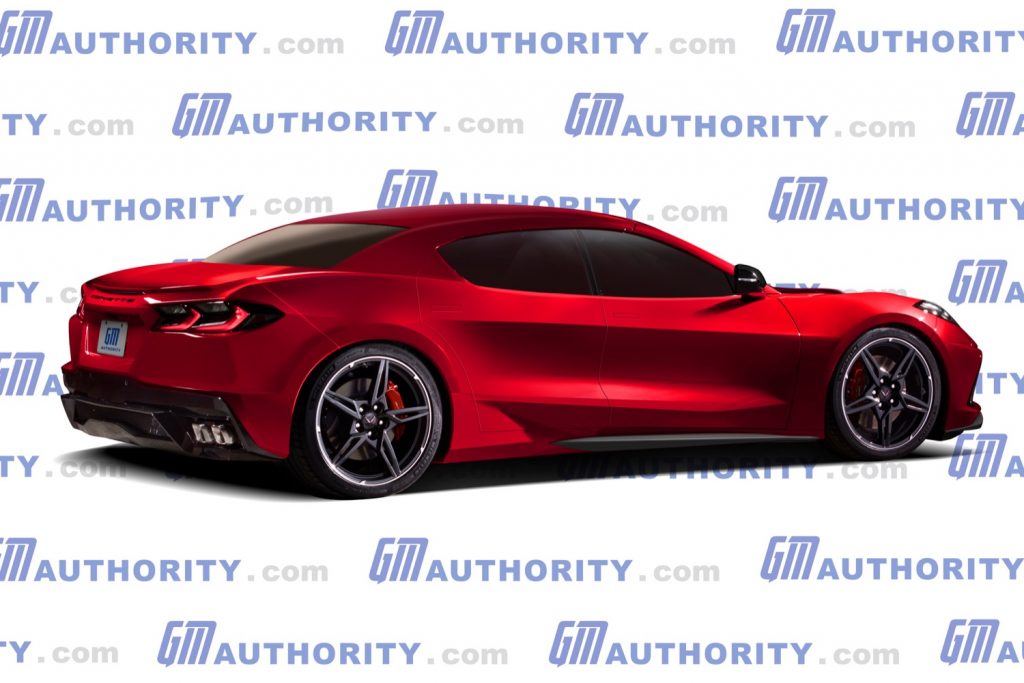 If Chevy did end up producing a 2020 Corvette sedan, we think it would make for a great competitor to high-end sport sedans like the Porsche Panamera. And why not? With almost 500 horsepower under the hood, this thing would still be a rocket, even without the engine mounted at the midship position. 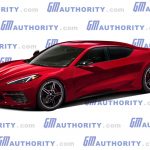 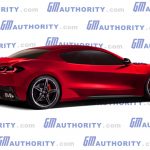