Some things in life are just undeniably cool. Take, for example, this 1977 Cadillac Escalade that’s big, bold and covered in chrome. Now, astute readers may recall that Cadillac introduced the Escalade in the year 1999, which is correct. Hence, this 1977 example exists only in the hearts and minds of enthusiasts. Well, actually, it comes from the mind of Abimelec Design, who has taken the what-if scenario here and rolled with it. The designer even went as far as recreating a period-correct advertisement which could have been pulled from a contemporary issue of Playboy, back when we really did read it for the articles. 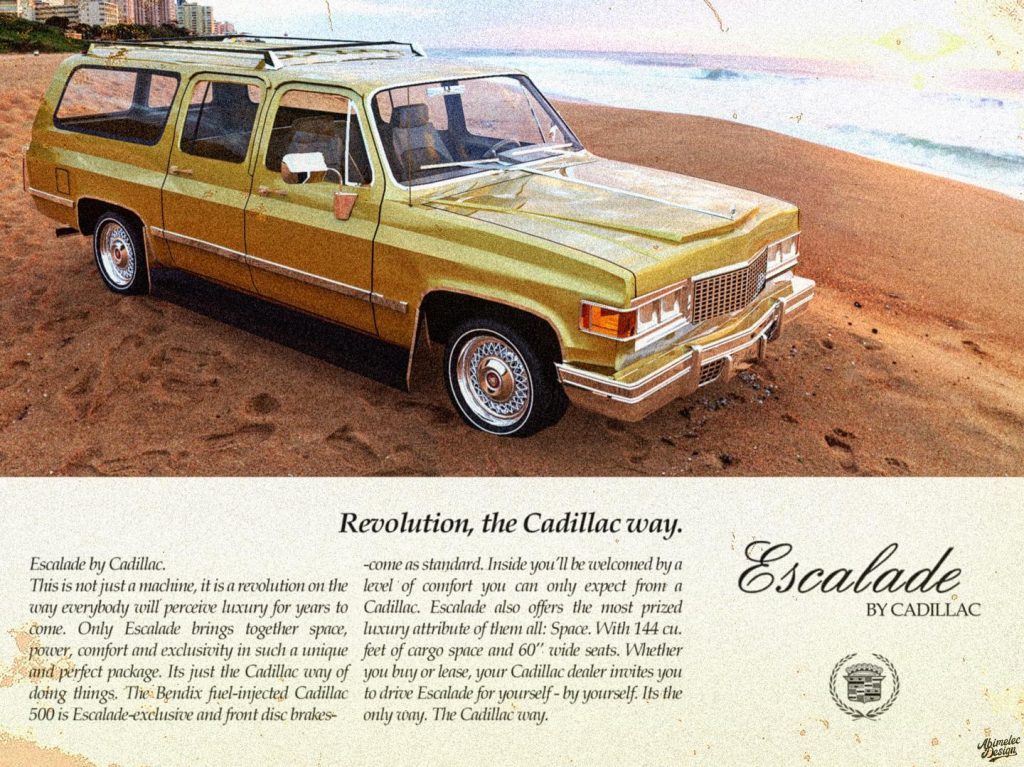 The copy in the ad is as clever as the rendering of the vehicle itself, brimming with ’70s-era phrasing and even using the same typeface one would find an ad from the era. “Escalade by Cadillac. This is not just a machine, it is a revolution on the way everybody will perceive luxury for years to come,” a clear illusion to the sales success of the real deal Escalade. 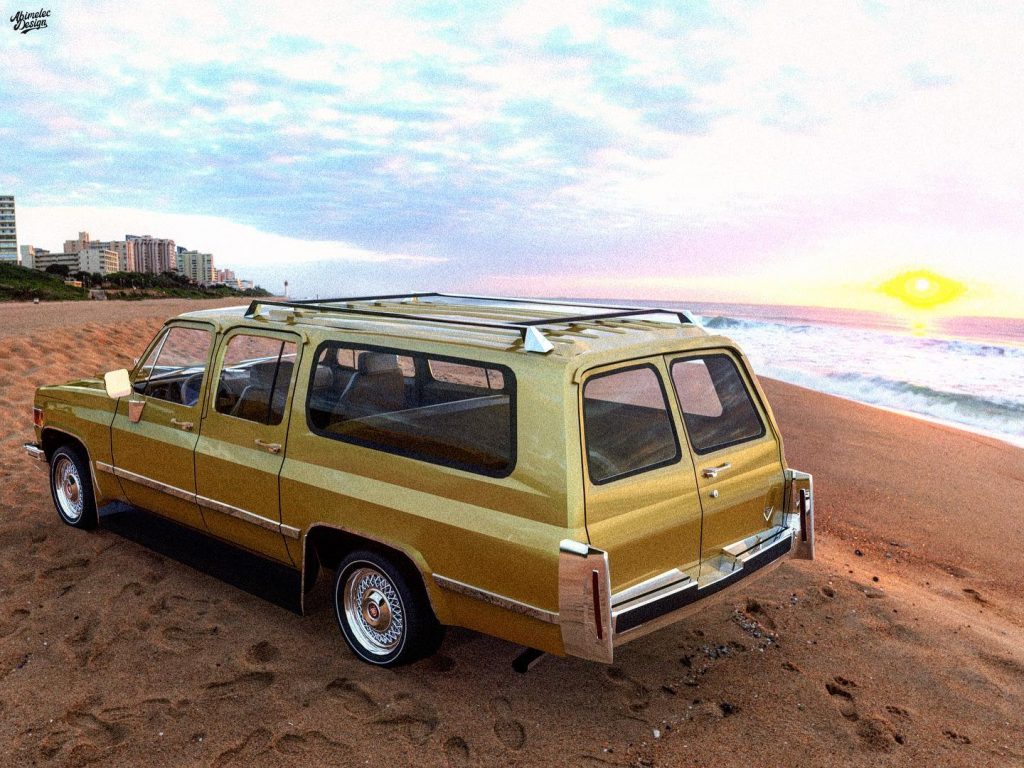 The ad continues, touting this would-be Escalade’s luxury features. The “fuel-injected Cadillac 500 is Escalade-exclusive and front disc brakes come as standard.” Flipping back to the real world in the year 2019, the Abimelec Design Facebook page denotes that the 500 cubic-inch (8.2L) Cadillac V8 was retired in 1975, but in the world of fantasy, anything is possible. 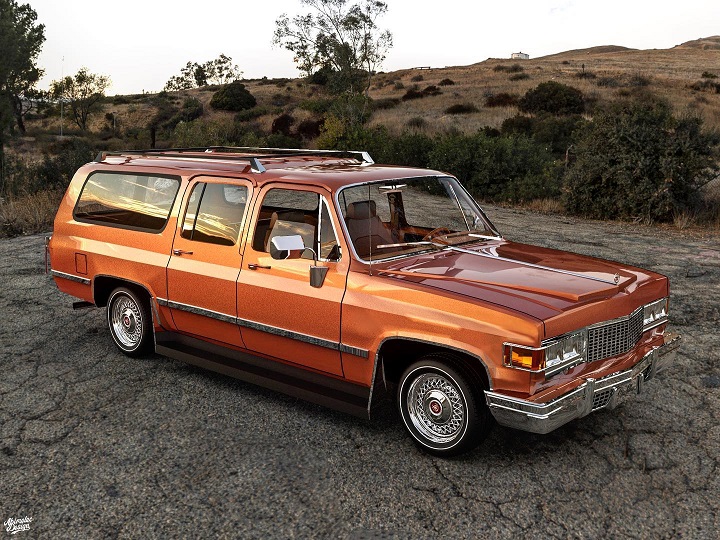 Other period-correct design cues really work here. Check out the DeVille-inspired front clip. After all, the ’70s was an era when bumpers were actually meant to take bumps, and also weighed about 100 pounds. The render has all the crucial ’70s-era goodies.

For instance, check out the chrome body cladding that is, well, everywhere. Then there are the extremely thin A-pillars with pop-out glass just aft the pillar, which was the real in-car air-conditioning for most cars of the era. We also love the tiny polished wire mesh wheels, complete with chromed hub caps and whitewall tires. 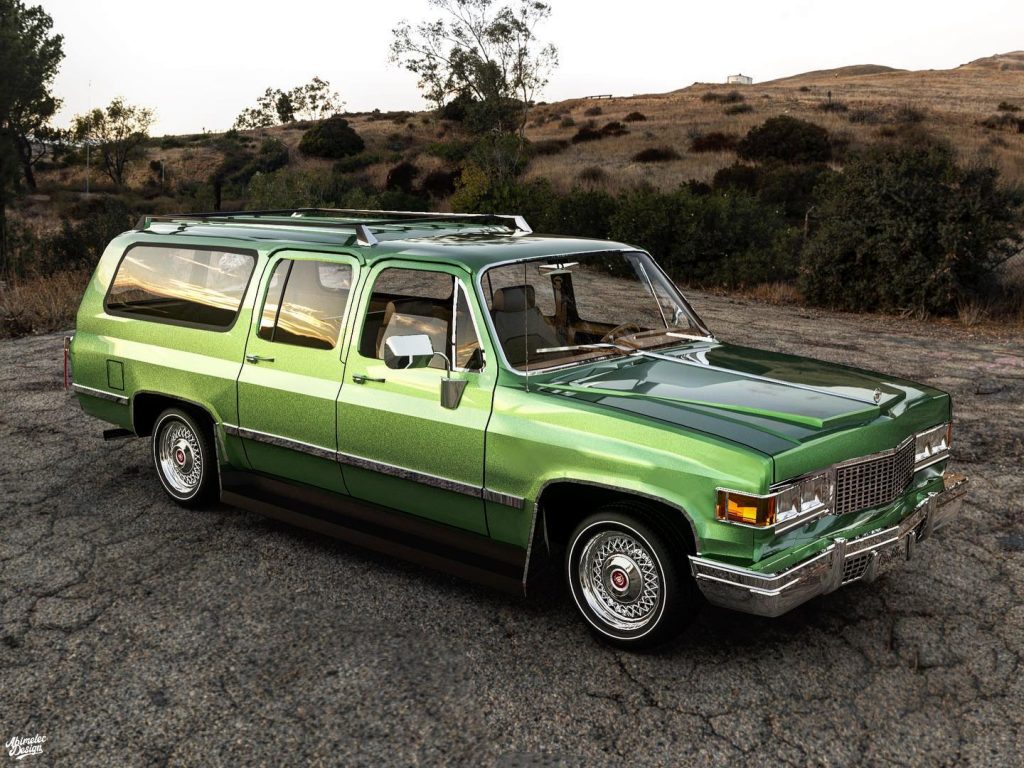 Wrapping things up, Abimelec Design showcases the 1977 Cadillac Escalade in a variety of period-correct colors, including pea green, copper, lime green and black. Check out the red velour interior on the black one, as we think it’s the bee’s knees. Add in some shag carpeting and a few dozen ashtrays and we really are dealing with the height of theoretical 1970s luxury. 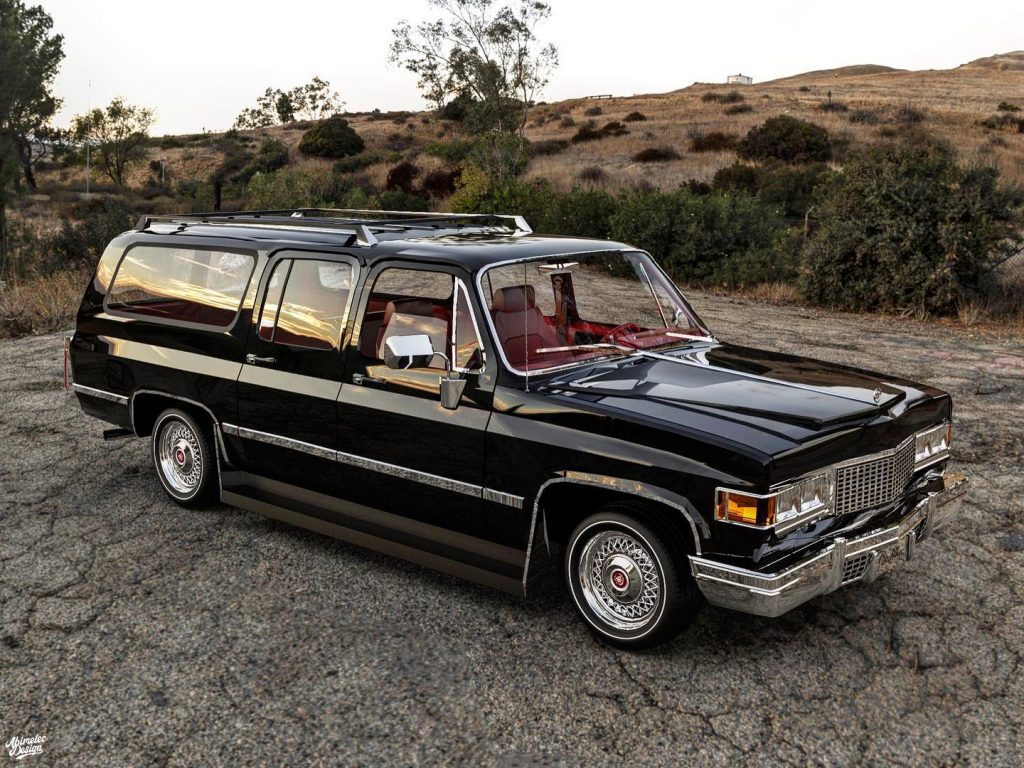 Indeed, this is a great what-if. Cadillac was in something of a rough period in the late ’70s, with aging models whose designs didn’t necessarily hold a candle to the beloved and iconic designs from the ’50s and ’60s. In the present day, the Escalade redeemed Cadillac going into the 21st century. If the brand had released this Escalade back in ’77, one can’t help but wonder what heights the brand could have reached. Or perhaps it would have gone a totally different, negative direction. Who knows?