Back in 2009, Hot Rod magazine concept artist Steve Stanford rendered a concept car that is said to be inspired by five timeless Chevy classics, including the ’61 “Bubble Top” Impala, ’62 Impala SS409, ’57 Bel Air, ’65 Corvair, along with ’66 and ’67 Corvettes. The image inspired one builder to recreate the rendering in real life. And that’s how the Chevrolet Camaro Z/409 was born.

The build began with the purchase of a 1969 Camaro, and was completed after an investment of 5,000 man-hours and $520,000 U.S. dollars. Seven years after its inception, the Chevrolet Camaro Z/409 debuted at the 2017 Grand National Roadster Show. It has since appeared at several other renowned car shows, including the Sacramento Autorama and Portland Roadster show, and has won a number of awards, and now it’s on sale for $195,000. 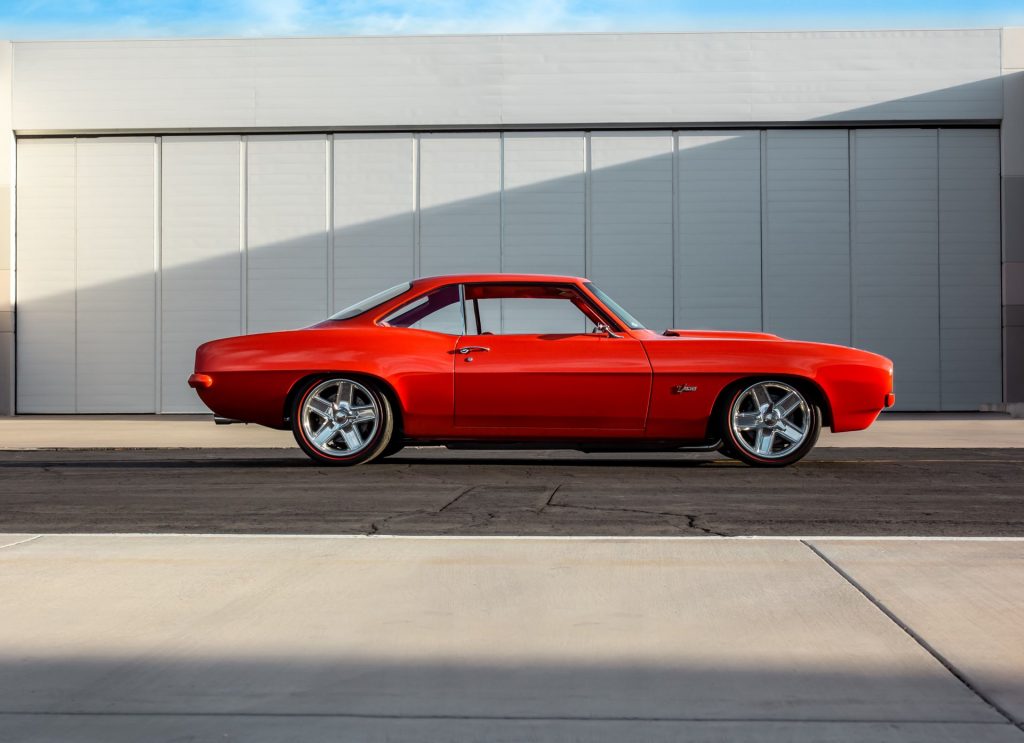 Part of the appeal of the Chevrolet Camaro Z/409 is its smooth, rounded rear roofline and curvaceous quarter-panels. The creation of the flush-mounted rear glass required the build team to send a custom mold to Finland. This sort of effort was typical for the build, as the Camaro is essentially a collection of these one-off touches, including recessed waterfalls cut into the decklid in order to accommodate 1961 Chevy emblems. Other changes include flush-mounted rear taillights, redesigned front and rear valence panels with recessed aluminum ribbed plates and integrated rocker moldings. 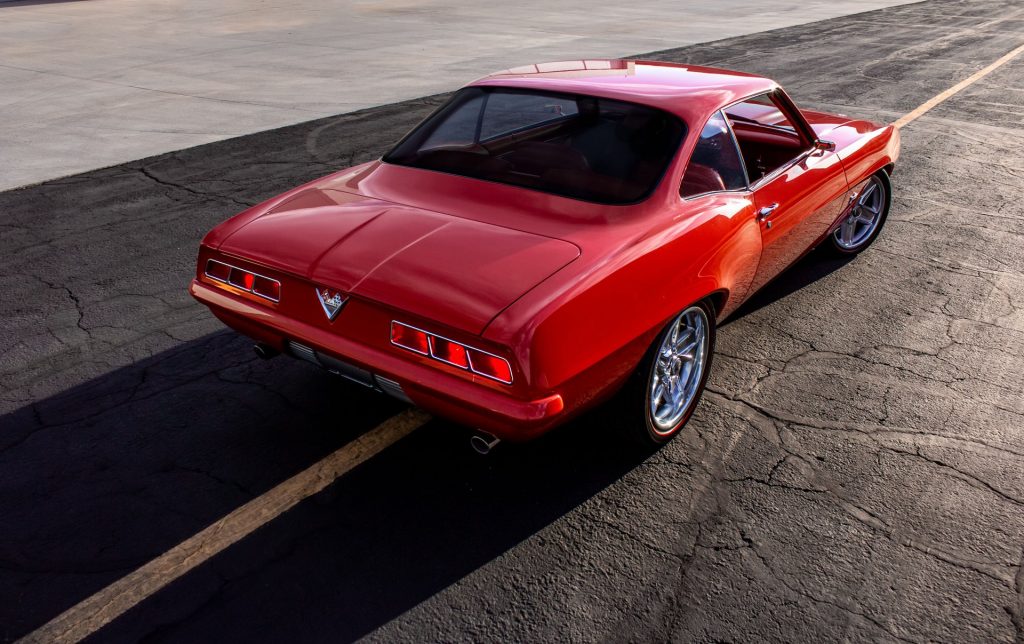 Down low, the Camaro flaunts a one-off set of five-pin aluminum knockoff-style wheels wrapped in red-line tires. The wheels required custom adapter plates, which were made from original Corvette knockoff wheels and factory stainless center caps.

On the inside, a 1961 Chevrolet dashboard was shoehorned into the cabin, complete with an original 1961 steering wheel, SS 409 Sun Tach and factory-style air-conditioning ducts, and a 409 4-speed shifter arm surrounded by a resized chrome shifter console. The look is completed by custom door panels, quarter-panels, and a very presentable rear package tray. 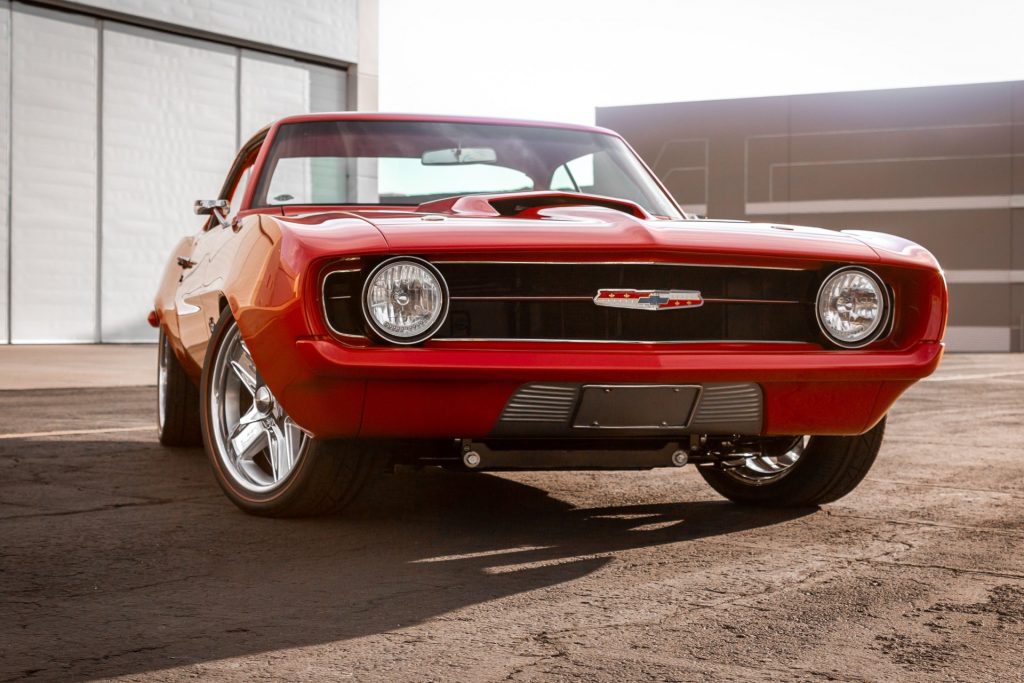 The 409-cubic inch engine is what gives the Camaro Z/409 its name. The dual-quad 409, which features the classic “Camel Hump” heads, was bored and stroked to 472 cubic inches. It wears original-spec Carter Carburetors and a 1962 date-coded aluminum intake. The work-over yields an output of 498 horsepower with 466 foot-pounds of torque.

The hefty engine is backed by a Turbo 400 transmission, meaning the build team had to adapt the aforementioned 409 4-speed shifter arm to accommodate the more modern transmission.

To back that performance, the Chevrolet Camaro Z/409 is fitted with Wilwood disc brakes at all four corners, a complete Heidts subframe, a set of subframe connectors and a 4-link suspension. A thunderbird steering rack was also added, plus mini tubs in the rear.

The chiseled, 409-cubic inch V8 is the heart of this beast, but it’s the combination of that performance, along with the customized and refined interior and exterior components that create a unique overall experience. And while we’re sure that driving the Chevrolet Camaro Z/409 is a fantastic experience, we can’t help but wonder how much better that experience would be with a stout Tremec T56 6-speed or a period-correct Muncie 4-speed manual transmission.

Indeed, this Camaro does appear to be a true work of art, but we’re not so sure we’d spend Ferrari-level money on it. Would you? Tell us in the comments section.