One of the vehicles at the world-famous Cadillac Ranch tourist attraction in West Texas was set ablaze in a suspected vandalism act, according to representatives for the ranch.

Deputies responded to calls at the public art installation in Amarillo, Texas and found one of the vehicles, which also happened to be the oldest of the ten Cadillacs that make up the display, was on fire. Firefighters used about 600 gallons of water to extinguish the blaze, which burned away roughly 200 pounds of spray paint. Tourists that visit the attraction are free to decorate the cars with spray paint, leaving behind many layers of paint from years of visitors’ expressing their creativity. 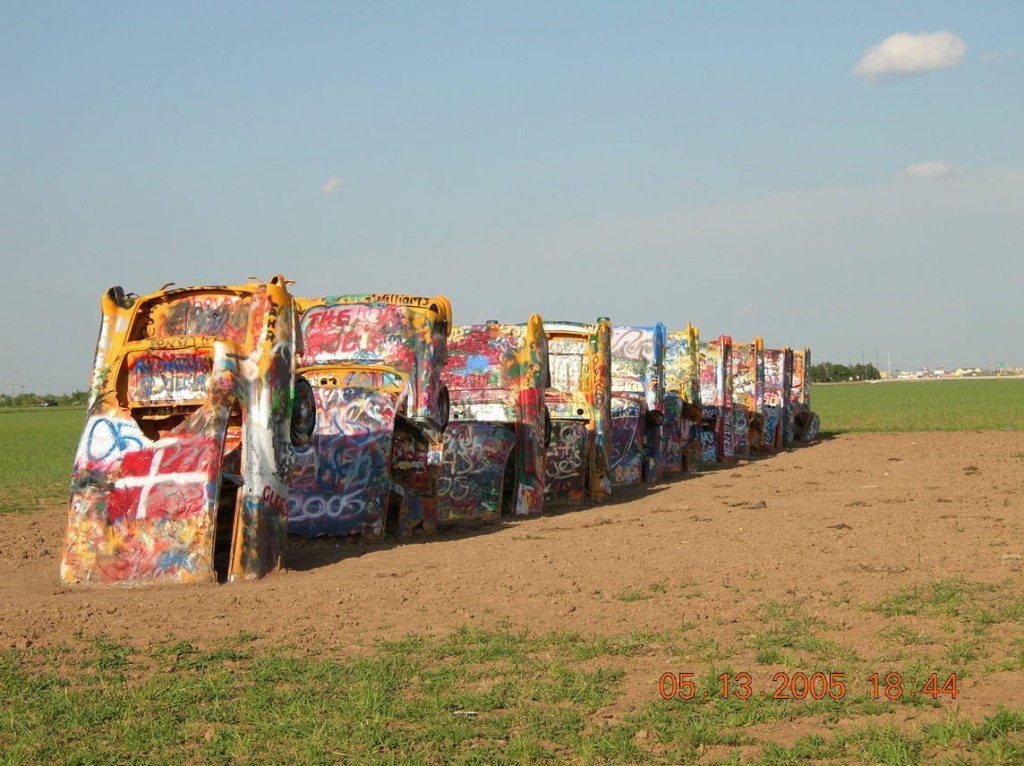 The ranch said the structural integrity of the car is fine and indicated it will be able to remain on display at the site.

“It just melted off years of spray paint and that kind of goes to show why these [cars] are so iconic and strong,” said Cadillac Ranch representative Bryan Brumley. “Just like West Texas… fire, drought, wind, they just still stand.”

Cadillac Ranch was the brainchild of artists Hudson Marquez, Doug Michels and Chip Lord, who wanted to display how the rear end of Cadillac’s tail fins evolved over the years. With funding from artist, philanthropist and businessman Stanley Marsh 3, the installation was set up in a wheat field in 1974 before being quietly moved further outside Amarillo in 1997.

A total of ten Cadillacs are in the ground at Cadillac Ranch and are set in the ground in chronological order from the earliest, a 1949 Club Coupe Sedan, to the latest, a 1963 Cadillac sedan.

Despite the fire, Cadillac Ranch remains open to the public and visitors are still free to paint the cars.